Kick that cold (before it kicks you) 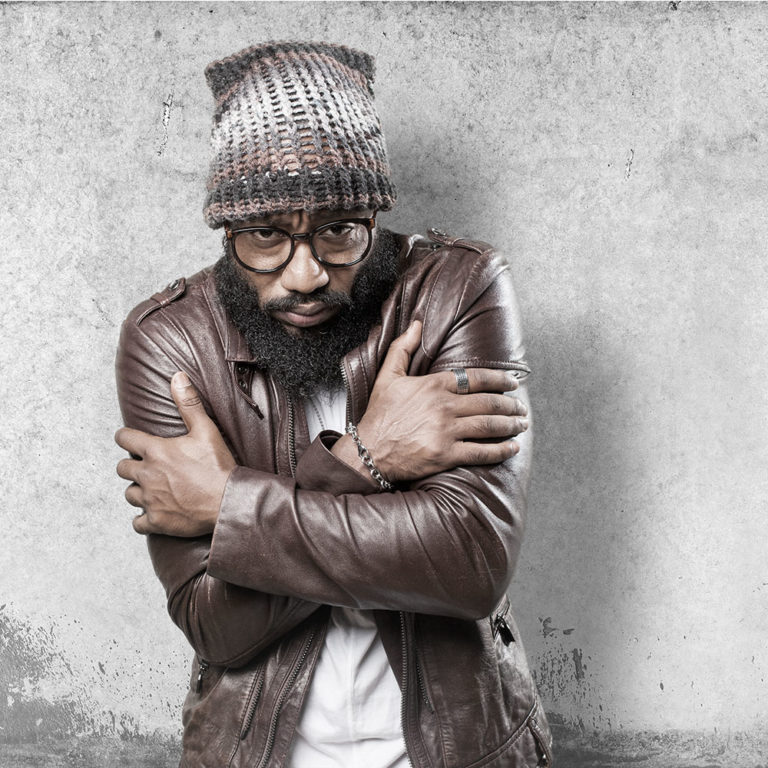 Last week I went from sleeping in summer pyjamas with a light sheet over me, to wearing a warm tracksuit and pair of socks with a thick duvet and blanket. In South Africa, we seem to skip autumn and move, overnight, from a sweltering summer evening, to an icy cold winter’s morning.

We instantly recognise the seasonal shift with the arrival of the familiar sore throat, cough, earache, sniffles, and hay fever. This dramatic change is quite literally a shock to the system and looking after ourselves at this time is essential to staying healthy. As I struggle with a slightly sore throat and hear the sound of sneezing and coughing from our two children, I realise, with some trepidation, that the common cold is knocking on our door and I’m desperate to keep it out – but how?

Aleghandra Sanchez, a nurse and nutritionist, suggests that diet and physical exercise play a vital role in our ability to keep the common cold from catching us. Her Spanish mother raised her on a diet rich in onion, garlic, and lemon, and she remains solidly convinced that this has kept her free from the slightest of sniffles. What is truly incredible is that Aleghandra can’t remember ever having a cold.

Nurse Sanchez has a few suggestions for steering clear of the common cold:

Now that I’ve written this, I’m off to visit my folks – they have a lemon tree and I have a sore throat. The children and I will be spending the afternoon picking lemons and hoping for a cold-free winter season. I’m hoping the same for you. 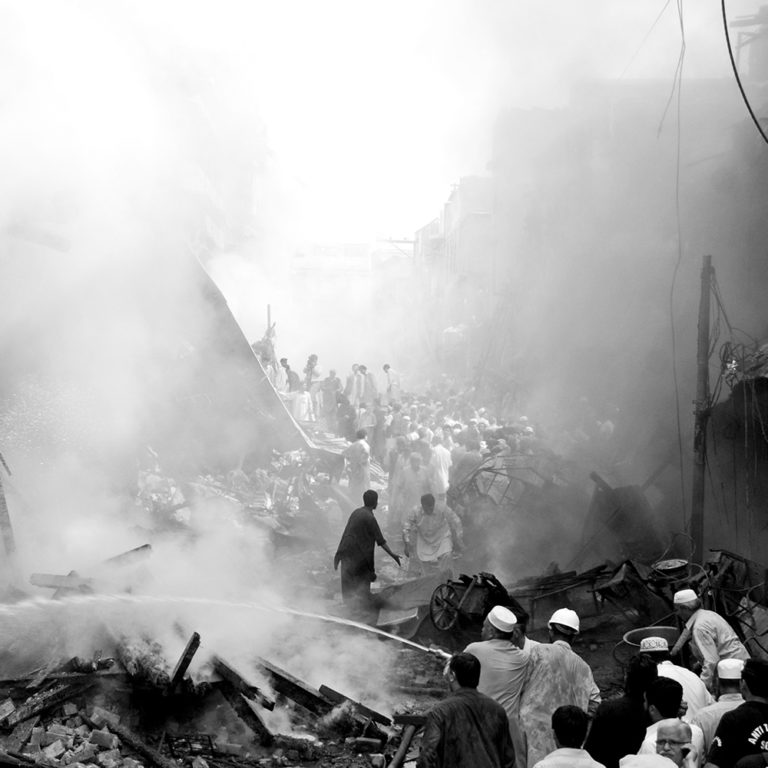 Europe is on high alert in the wake of a number of deadly terror attacks. The fear of death is palpable and suspicion is at an all-time high.

My husband was in a coffee shop in England last week when a man walked in, sat down for a few minutes, got back up and walked out. I was on the phone with him at the time when his tone suddenly changed: “That guy’s walked out and left his bag under the chair?! I’m getting out of here”. For one scary moment, he thought the bag contained a bomb and assumed he was going to be another statistic on the evening news. Turns out it was a harmless mistake – the guy was a homeless man who’d forgotten his bag under the chair and he just wanted a warm place to sit for a few minutes.

In my home country, South Africa, fear and suspicion have become part of the fabric of our lives. We question every legitimate excuse and are suspicious of every good intention or genuine request for help. Only a few days ago, a father requested time off from work to be with his sick son. The young child had suffered horrific burns as a result of a gas bottle explosion and he now lay in intensive care, battling for his life. The father showed management photos of the boy’s injuries in the hope that his request would be granted. The HR manager responded quickly, “yah, that’s fine, but remember, you’ve only got six days compassionate leave for the whole year”. Everyone in the office stopped and stared – the cold, harsh words hung in the air for a moment before the MD stepped in and said the man could have as much time as he needed to be with his son.

We’ve become pre-conditioned to be suspicious of everyone, to expect the worst and to question the best. Part of the reason we default to suspicion is because we fear disappointment and every time someone lets us down, it reinforces that suspicion of humanity.

How to break free from (any) addiction 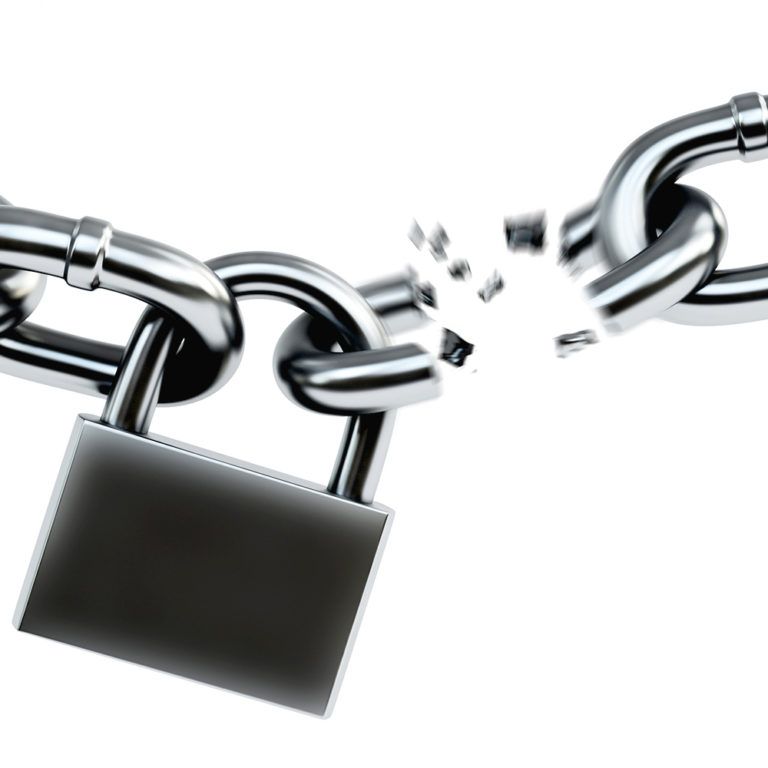 His genuine commitment was not enough, however, as he continued to lose his battle with gluttony and lust. As his faith grew, he realised that freedom from an addiction can never be won and sustained by an act of willpower and white-knuckled determination alone.

Jimmy Needham (now a married father of two young girls and a successful singer and songwriter) finally understood that freedom from one pleasure can only come as we pursue a greater pleasure. Not only should we “run from anything that stimulates youthful lusts,” but we also need to “pursue righteous living, faithfulness, love, and peace” and “enjoy the companionship of those who call on the Lord with pure hearts” (2 Timothy 2:22).

In our pursuit of a God who completely satisfies human desires, we find freedom from the urges that fight for our greatest affections and ultimately destroy us.

In The Odyssey, by Homer, Odysseus and his crew sail dangerously close to an island of Sirens; beautiful temptresses who ensnared passers-by with their sweet songs. Sailors were mindlessly drawn to the island and shipwrecked. Odysseus wanted to hear the song of the Sirens and ordered his men to plug their ears with beeswax and bind him to the mast. As they sailed past the island, he heard the beautiful song of the Sirens and commanded his crew to release him but they bound him even tighter. Odysseus may have won his battle against temptation, but he was not truly free.

In another story from Greek mythology, Jason approached the island of Sirens. Instead of resisting their tempting song by restraint however, he hired Orpheus, a skilled musician, to play his best tune as the ship sailed within earshot of the island. The boat floated by with both captain and crew unaffected by the song of the Sirens, as they enjoyed Orpheus’s better song.

Are you frustrated at your inability to walk free from addiction and those things that keep tripping you up? Rather than grit your teeth and clench your fists in a determined effort to stop sinning, fall more in love with Jesus – the better song.

If you want to find out more about Jesus, click on the link below, or on the popup.

You know the saying “a leopard doesn’t change its spots”? It’s generally used when referring to someone who refuses to change, regardless of the negative impact their actions or inaction may be having on themselves and those around them.

You’re probably thinking of someone who fits this description perfectly. It’s the guy who remains defiantly aggressive in his dealings with potential clients because, “it’s my culture, I’ve always been like that”. Or the neighbour who listens to her music so loudly you can hear the base riff three blocks down the road, because “that’s the way I was raised, deal with it”. Or how about the parents who let their children run amok in the restaurant and refuse to intervene because, “they’re just kids, let them have some fun!”

If anyone tells you they love change, they’re lying. Change is not easy, but it’s vital for us if we want to grow as individuals. How sad to witness a grown man or woman who has consistently refused to adapt and change to their environment or circumstances; they tend to come across as bitter and hard and lacking in depth.

On the other hand, the person who embraces change, and allows it to transform them for the better is the one who is essentially free from fear. When we choose to embrace change and go with the ebb and flow of life, we need not fear the tough stuff of life.

Jesus said we would go through difficult times, but he also said we should take heart, because he has overcome those things that challenge us and threaten to get us down (John 16:33). I’m not saying you have to make dramatic changes right this minute. Those who see the long-term benefits of choosing to change are those who make incremental, sustainable changes and stick with them.

Are you that person who refuses to change? Are you the one who family, friends and colleagues think of when anyone talks about people who refuse to change? Maybe today is your day to make a change. What one thing can you do differently today? Maybe it’s a simple change of attitude toward change – start viewing it as something positive. Think and talk positive when it comes to change – remember, the way you think, is the way you act outwardly (Proverbs 23:7).

Choose to change and become who you were created to be in the process!