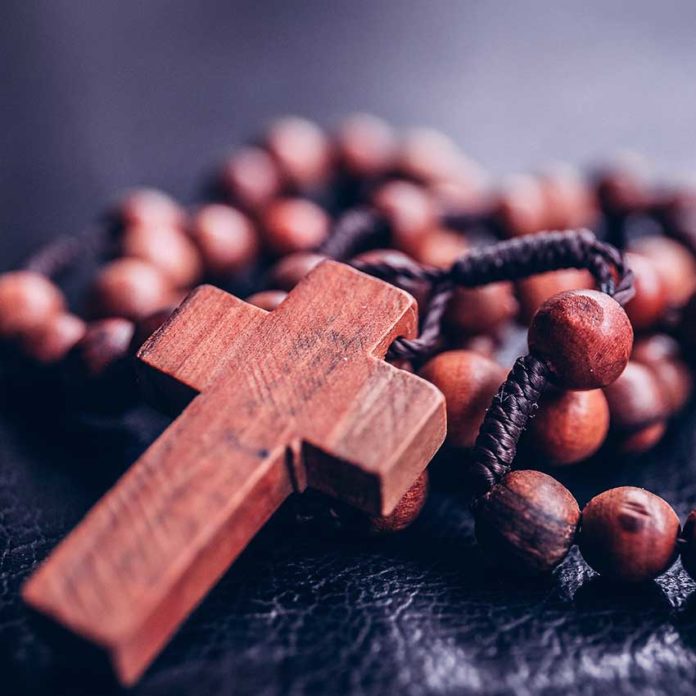 The first time I ever heard the phrase “nominal Christianity” I must’ve been around 11 or 12 years old, sitting in the passenger seat of our battered SUV.

“She’s a Christian” I announced to my mom, referring to a friend I’d just spent the afternoon with.

My mom shook her head,  “I don’t think so…I think their family are just nominal Christians”.

The word “nominal” means “existing by name alone”…or in other words, by name but not by deeds. This was the first time I really realised that its possible to say you’re a Christian, but not really be one at all.

This is an easy trap to fall into…particularly for those of us who’ve been raised in a semi-Christian environment. Maybe you go to church on the “important” days, like Christmas or Easter or say a prayer at a wedding or a funeral. Its a faith that hovers around the edges of our lives, a part of ourselves that we’re distantly aware of but don’t give much time or thought to.

It’s funny how we, as humans, can be such walking contradictions. We know our health is important, and we value it, and yet we think nothing of scarfing down a full pizza. We value monogamy and marriage, and yet time and time again affairs happen all over the world. We say we believe in Jesus, maybe we even worship at church on a Sunday, and yet…we seem to find the room to fit other beliefs and superstitions into our lives. We pursue multiple facets of spirituality… perhaps taking part in ancestral worship at the same time as claiming to believe in Jesus. Or maybe we feel as if Jesus could be God, but we aren’t 100% sure, so we make sure we’re on good terms with a few other faiths as well.

Being half-half about our faith, throwing in a little of this and some of that, might first appear the best way to have a well-rounded view of the world and religion – but it’s a trap that can rob us of experiencing the fullness of God.

However appealing, and simply easier, this way of living may seem, it’s ultimately not what is healthiest for our souls. You see, God is not interested in only knowing you nominally – by name alone. He wants to know all of you. He is uninterested in religion, for going to church for the sake of appearances…He wants to be in an intimate relationship with you. He doesn’t want to share you with any other beliefs, superstitions, or forms of spirituality.

Why? Why does He care so much? Ultimately, it’s because He loves us and, being God, He knows what is best for us. He understands that in order for our lives to thrive, for His blessing and favour to be upon us, we need to be all in. Our God isn’t a minor deity that can be experienced in small chunks, He is the One and Only God that has great and magnificent plans for your life.

This isn’t an easy message to swallow…it takes a bit of self-reflection and humility and even after writing it, I can pinpoint areas in my own life that I haven’t handed over entirely to God. But I know that in doing so, in surrendering totally to Him, that is where I will find true peace and blessing, and you will too.