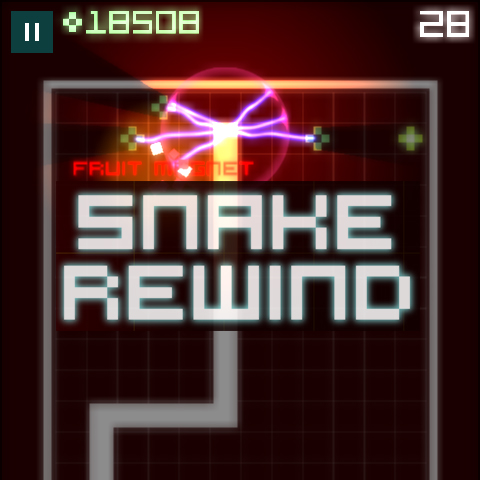 I can proudly say that I was an active user of Nokia handsets during the late ’90s and early 2000s. My first Nokia was a Nokia 2110i. I remember having difficulty squeezing it into the side pocket of my tennis bag. And yes, I used to pull up the antenna to make phone calls.

Then came my next handset, the Nokia 5110. To this day it remains the most iconic handset I’ve ever owned. Arriving at school with my gold faceplated 5110 made me the epitome of bling. I was like an Arabic prince, only I wasn’t Arabic nor a prince. And that was the whole point. You could personalise its outer appearance to make it personal, to make it your own.

Apart from pimping my handset, I enjoyed one more aspect that the 5110 provided over the 2110: Snake.

Snake is a 2D game whereby you direct a snake around the screen. The goal of the game is to eat as many blocks as possible without your head touching your body. Sounds simple, right!?! Not entirely. For each block you eat, your body grows a block in length. Soon your body will cover the majority of the screen making it very difficult to not eat yourself!

The creator of Snake, Taneli Armanto, has teamed up with Rumilus Design to create a remake of the ’90s classic. The new version, Snake Rewind, has all the added glitz and glamour of a 21st century retro smartphone game.

Rather than ramble on about it, watch the promo video below and click on the appropriate app store link at the bottom of this post. 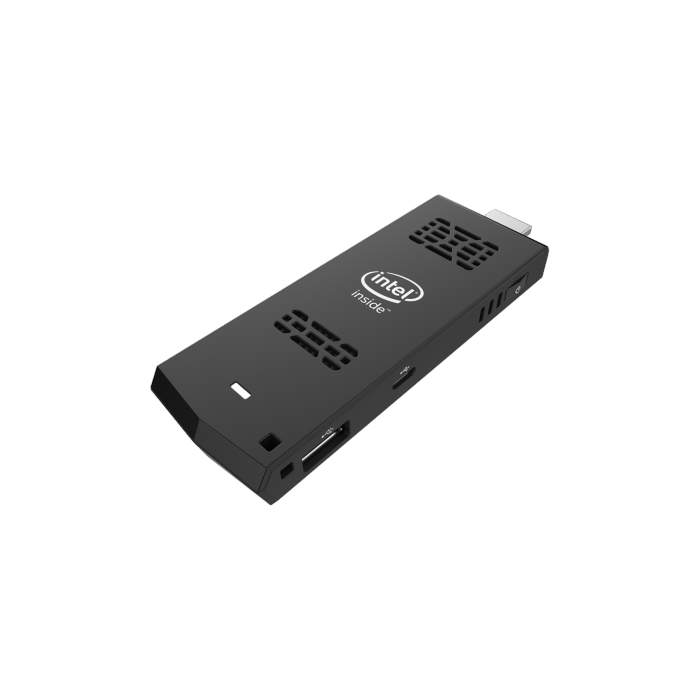 Disclaimer: I’ve never actually been to Mars, but I’m pretty sure there’s nobody there creating PCs the size of USB flash drives.

I love the idea of “tiny tech”. I’m looking forward to the day we’ll be able to have laptops that can fold-up into a wallet that you can carry around in your pocket. Although we’re not there yet, Intel are about to release a PC that is no bigger than a USB flash drive.

I’m sure many of you have heard of (or even own) a Google Chromecast. It’s a thumb-sized media streaming device that plugs into the HDMI port of a TV. Intel’s product, the Intel Compute Stick, works in much the same way.

Unlike the Chromecast that requires an Android-based smartphone, the Intel Compute stick comes preinstalled with Windows 8.1 with Bing.

Here’s a breakdown of the specifications:

There will also be a Linux version made available with 1GB of RAM and 16GB of storage for around $89.

Original reports had the launch date in March, but new reports suggest a launch date near end of April or early May.

So why would you want to buy such a device?

Back to the Present: Hoverboards Are Here! 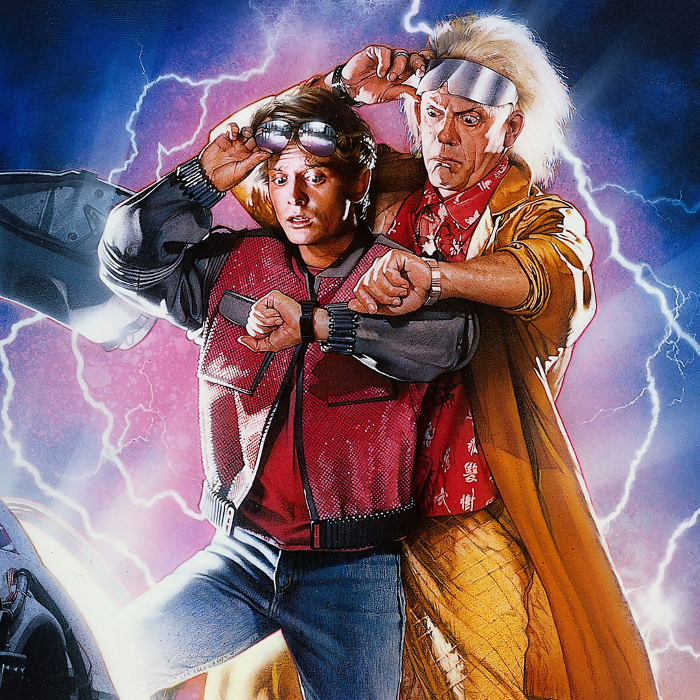 For those of you who were around in the mid-to-late 80’s, you should be aware of the cult blockbuster film Back to the Future. If the terms “DeLorean” and “Marty McFly” aren’t coming to mind, then you probably haven’t watched it, let alone heard of it. In the second instalment, Back to the Future II, Marty McFly is transported to the year 2015 where “hoverboards” are a common form of personal transportation.

To the uninitiated, a hoverboard is essentially a skateboard without wheels that can levitate above any surface. Check out the video below to see one in action.

Okay, okay, the video is a complete hoax, but now you know a bit more about a hoverboard.

Many companies over the years have tried to capture the imagination of consumers by creating products that appeared to offer hoverboard-like properties. Many were hoaxes. But now, in 2015, we may be seeing science fiction come to life!

I don’t know about you, but that gets me excited! For the technically astute, you might have noticed that the hoverboard levitation is based up electromagnetism. The same principle has been used commercially in Maglev trains for over a decade. This means the Hendo Hoverboard only works when placed above a special conductive surface. Although it is only a proof of concept, we can “believe” in the future of frictionless personal transportation.

I’m pretty sure if I ended this article here you’d all be pretty disappointed. I know you were all expecting a commercially available product that you could order right now. Sadly, no such product exists. But what if I said you could make your own? Watch the teaser below.

For details on how to create this DIY hoverboard, head on over to the Mr Hoverboard blog.

Now imagine if the Back to the Future movies were never created. Would we have ever had the notion of a “hoverboard”? And by setting a prediction of 2015, would the development into hoverboard technology be where it’s at today? An idea is a powerful thing. It has a way of defining the future. Setting a date can act as a catalyst to manifest that idea sooner. If you want to achieve something in 2015, set a date and “believe”.

ANDROID Lollipop: A Lolly to Make You Jolly This Christmas 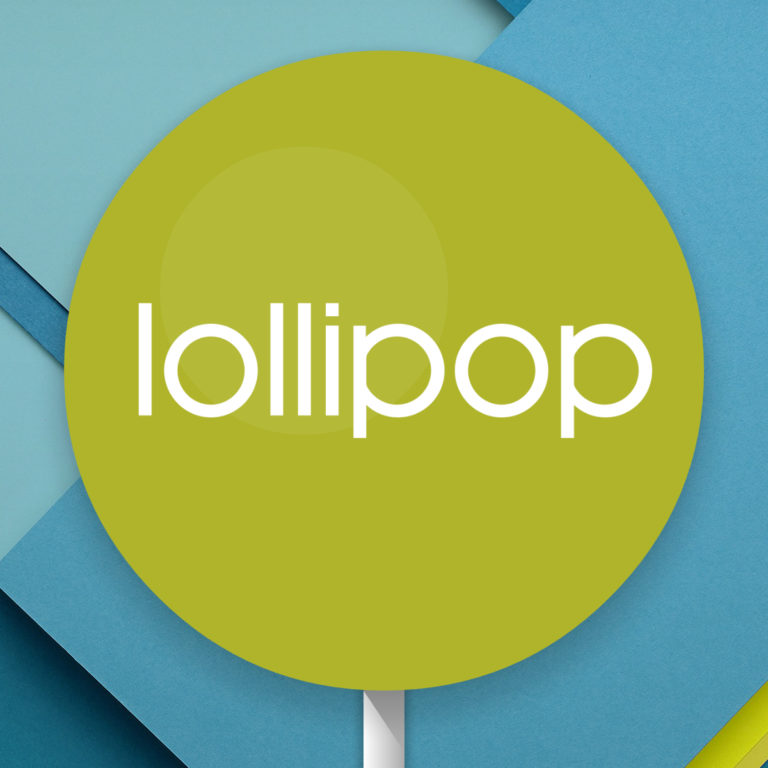 So the wait is finally over. Android 5.0 (Lollipop) has been released to the public. If you’re a Nexus device owner (like me), you will already be lavishing in the sugary decadence that is Android Lollipop.

The first thing you’ll notice is an updated lock screen. I use a security pattern to unlock my Nexus 7. On KitKat, the lock pattern would be permanently visible. On Lollipop, you have to slide the lock icon up to reveal the lock pattern. You’ll also notice that your profile picture will be displayed on the top right corner of the screen. I imagine this is linked to the updated multi-user support in Lollipop.

Once you’re on the home screen you’ll notice the new geometric shaped icons for Back, Home, and Overview (formerly known as Recent Apps). I also noticed the typeface has changed for the Date widget. 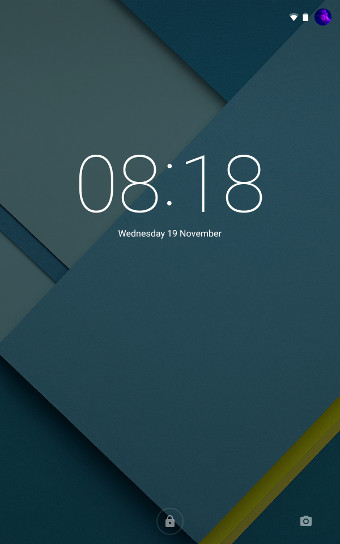 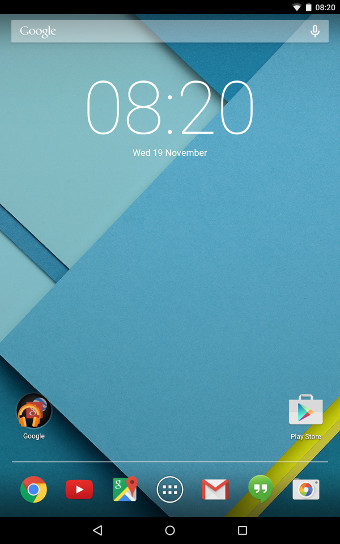 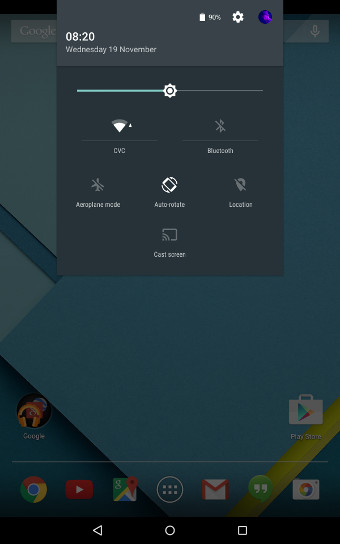 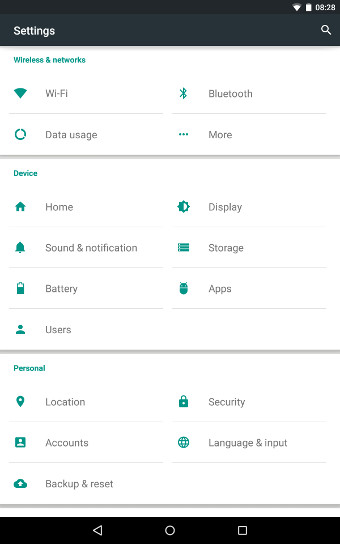 When one moves on to looking at some of the built-in apps, it’s clear Google (like Apple) have gone for a bright vibrant colour scheme – even the status bar changes colour! 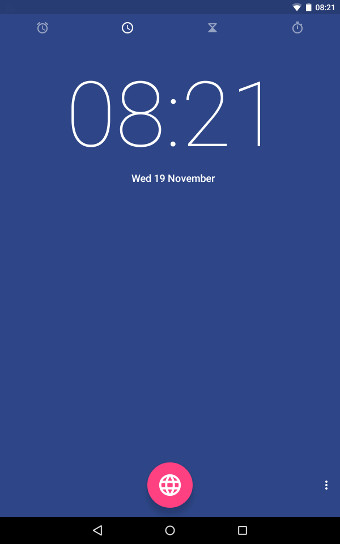 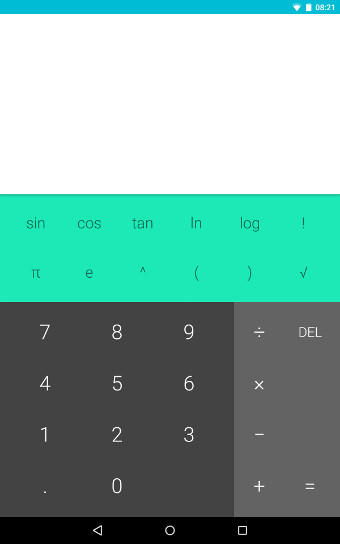 The new Overview feature looks pretty cool. It replaces the Recent Apps functionality within previous versions of Android. It basically displays a “stack of cards” of all your previously opened applications. You can flick through the cards and tap on a card to open the app. 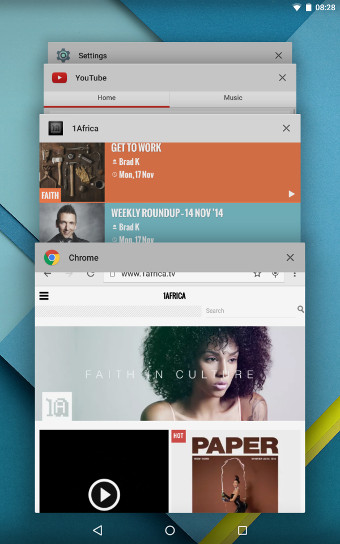 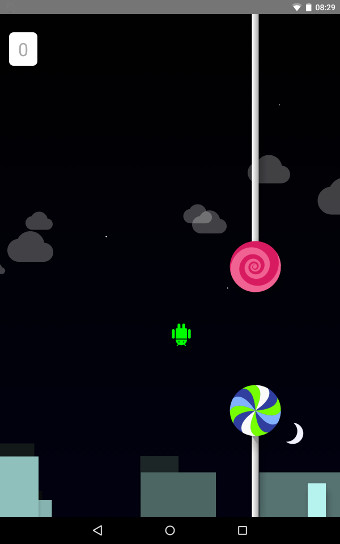 You may be wondering what the second card is about – the one labeled “1Africa”. Maybe it’s a sneak peek into the upcoming 1Africa Android app…

As per usual, Google have hidden a sweet “easter egg” surprise for all Lollipop users. I’m not sure what the Google developers have called it, but I’m calling it “Flappy Droid”. Go to Settings -> About phone (tablet). Tap 3 times (quickly) on the menu item labeled “Android version”. Tap on the orb (lollipop) in the centre of the screen until the word “lollipop” appears. Tap and hold on the lollipop until “Flappy Droid” appears. 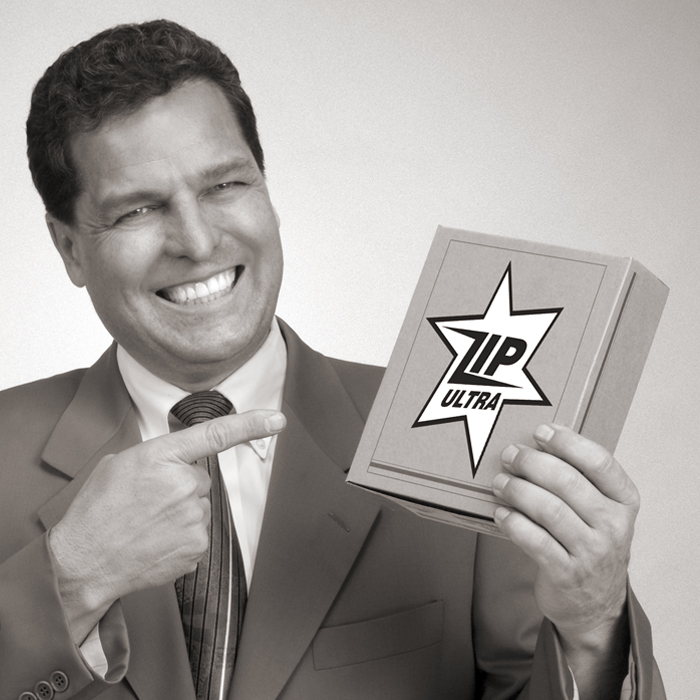 Having grown up in the ’90s, I have watched my fair share of infomercials. As a child I didn’t quite understand all the technological ‘innovations’, but now as a working adult I can understand their premise for existence.

What will now follow is a list of some technological innovations that I have now only recently been able to appreciate.

Much of my day is spent in front of a computer. If you’re reading this article on a desktop computer, you probably know where this is going. Sedentary occupations tend to be synonymous with a varying degree of health problems including back pain, headaches and eye strain. What if there was a way of getting those core muscles moving whilst still working at your computer desk? I introduce to you the Hawaii Chair.

I suffer from male pattern baldness. There, I said it. It all started in my early twenties (what can I say? – I’m an early bloomer). I clearly remember sitting in church and having the ‘Bald Brotherhood’ sitting behind me commenting: “Ha ha, he’s going to be joining the club soon!” I shrugged off the comment as mere hormonal outbursts of some middle-aged men looking for a new ‘member’ to their follicle-challenged support group. Sadly, they were right. But don’t fear, there’s a spray for that.

I cut my own hair and I’m proud of it. Why should I pay someone else to shave off the bit that remains when I can just as easily do it myself for free? One thing that does bug me about this is having to clean up all the tufts of hair that fall into my bathtub (yes, I shave my hair over a bathtub). Imagine if you could catch the hair before it even hits the ground? I introduce to you the Flowbee.

Growing up I ate mostly cereal for breakfast. When I say ‘cereal’, I mean sugar capsules with a corn or rice centre. I’ve since realised that sugar isn’t a particularly good dietary product and one should rather focus on simple proteins. Chicken eggs are one of those proteins that just seem to work as a breakfast food. Many people even like to add bacon and sausage for a more meaty experience. But unlike most cereals, eggs require cooking before consumption and this leads to mess. Mess is bad. Clean is good. Now imagine if we could combine everything into an egg sausage without the use of any utensils or frying pans? You guessed it, the Rollie EggMaster.

Well that concludes my list for today. I hope you’ve enjoyed what you’ve seen. Let me know of any other weird and wonderful innovations you’ve discovered on your journey through life in the comment section below.