1Africa
Home Lifestyle What if Both Ends didn’t Meat? 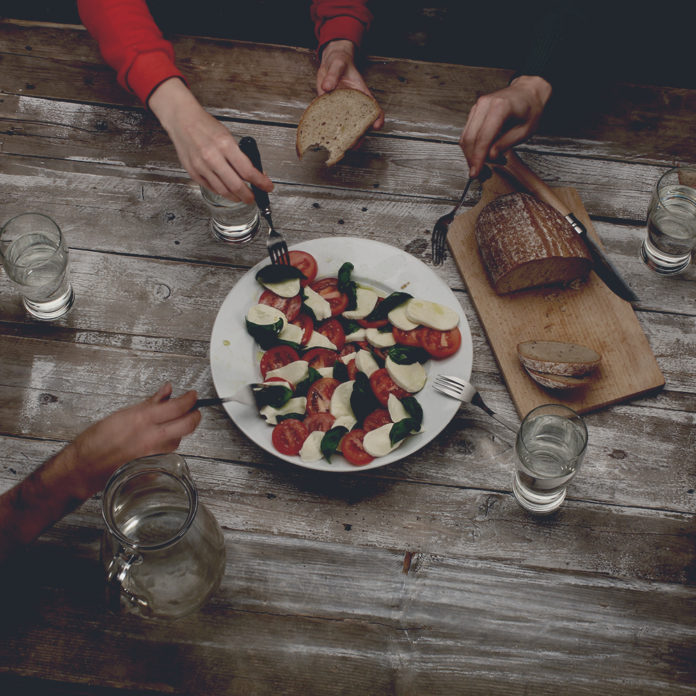 My wife and I love the meat.

We really do. tbV [the beautiful Val] is more of a lamb person where I am a sucker for all things pig. My boss once gave me a piece of chocolate cake with bacon on it for my birthday [True Story!]

But halfway through 2015 I invited some vegetarian friends of mine to share their stories on my blog and then I did a terribly stupid thing. I read them.

Ha Ha, okay so it wasn’t quite terribly stupid at all, but it did completely wreck my life. But in the best of ways. The fact that stood out the most for me, which I had never really heard before I don’t think, was that it costs the earth so much more to produce a cow for us to eat than it does to produce wheat or maize. A LOT more.

So my wife and I made what felt like to some quite a radical decision and we decided to cut our meat consumption in half. We didn’t quite feel ready to go full vegetarian [and would still be quite slow and hesitant from an enjoyment point of view if we ever did decided to go the rest of the way] but we wanted to make a positive difference.

Every second week we don’t buy any meat and as much as possible don’t eat meat.

Every other week is a normal week where we try to eat as much meat as we normally would have [which is not obsessive at all] but on the no-meat weeks we try and cut it completely out of our diet.

We don’t want our decision to be a burden on other people and so if, during a no-meat week, we go to a friend’s house for dinner and they have prepared meat we will probably eat it, but if there is a space to let them know we are doing no-meat we will take it and if we end up at a gathering where there are meat dishes and other dishes we will simply avoid the meat. But the main focus is not buying and consuming meat.

We tried it for a week, and it was good.

We invited our vegetarian friends to share their favourite recipes with us and I filled two blog posts with the ideas people gave. Also it introduced us to a whole new world of adventure in terms of cooking and preparation as we started discovering new dishes.

And all of a sudden, it was 6 months later, or maybe even more.

It is often easier to simply bury our heads in the sand and pretend the issues aren’t the issues or that they don’t affect us. But when we live in a land struggling to find enough electricity and water we really need to do what we can to make sure that we are not wasting either of those. In a world that is quickly running out of resources for a number of reasons, it really is our responsibility to start recycling and to work towards green products that do less damage and find ways to be better stewards of the world God has entrusted to us.

Cutting our meat consumption felt like one of those decisions for us. And I want to invite you to try it or something like it. A few years ago we took part in a year or so of no-meat Monday where it was just one day a week and maybe that’s a good place to start. I actually found that more disruptive than knowing in advance that the whole of the next week is meat-free for some reason.

One person or family making one small difference here and there makes no huge difference in the greater scheme of things. But when each of us starts taking small steps together, then sooner or later the impact that we have will be world-transforming.

What is one thing you are going to commit to do that you aren’t doing now in 2016 to help look after the world you live in? Who is one person/family you are going to invite to join you in doing that?