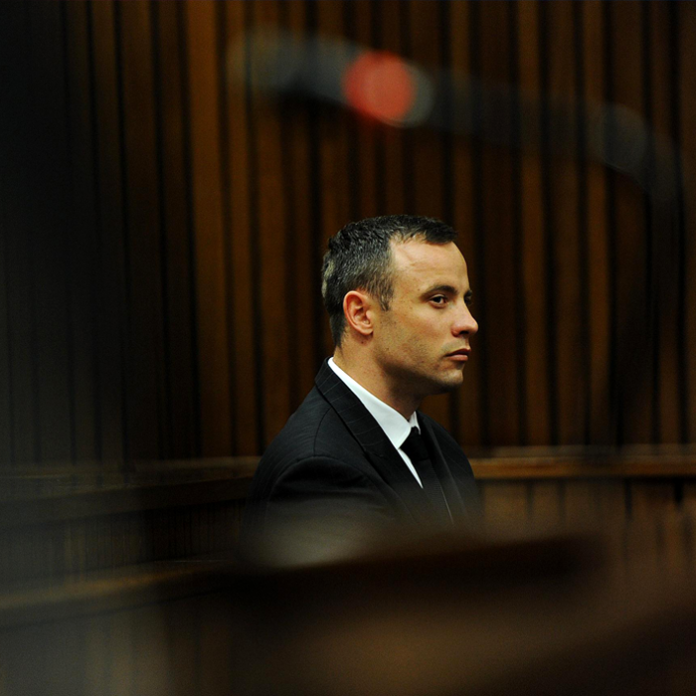 For the past year and a few months, the world has been intrigued by the Oscar Pistorius trial. From the moment it emerged that he had shot and killed his girlfriend, Reeva Steenkamp, on February 14, 2013,  it is probably safe to assume that every person who has followed the star athlete’s trial has an opinion about Oscar’s guilt or innocence.

As the Oscar trial has played out there have also been some very powerful images captured and published for us all to see. It really is true that a picture is worth a thousand words. For me, one of the most intense photographs is the one below where Oscar stands silent and alone in the courtroom during his bail hearing. So many questions come to my mind and, most likely, the biggest of these is: what was going through his mind? How was he feeling?

In a sense, the specific moment captured by this image could be seen as a powerful visual metaphor for our lives. Often, we can find ourselves in a room full of people and yet totally alone, dealing with our own emotions and wrestling with our own thoughts. We may smile because society expects us to do that  – yet we feel like we are enigmas to everyone else.

But, the truth is, nobody is an enigma or mystery to God. And, based on what the Bible says, He doesn’t want to be a total mystery to us either.

I like the way the Bible says it in 1 Corinthians 2:11-12, “Who ever knows what you’re thinking and planning except you yourself? The same with God—except that he not only knows what he’s thinking, but he lets us in on it.”

Through Christ and the love that He has for all of mankind, we get a glimpse of what is going on in God’s mind reagarding us, even if it doesn’t look that way in the moment. So, even when the pressure of life is upon us and it looks like we’re all alone, at least we know there is hope. It is good to know that we’re never as alone as we think we are.