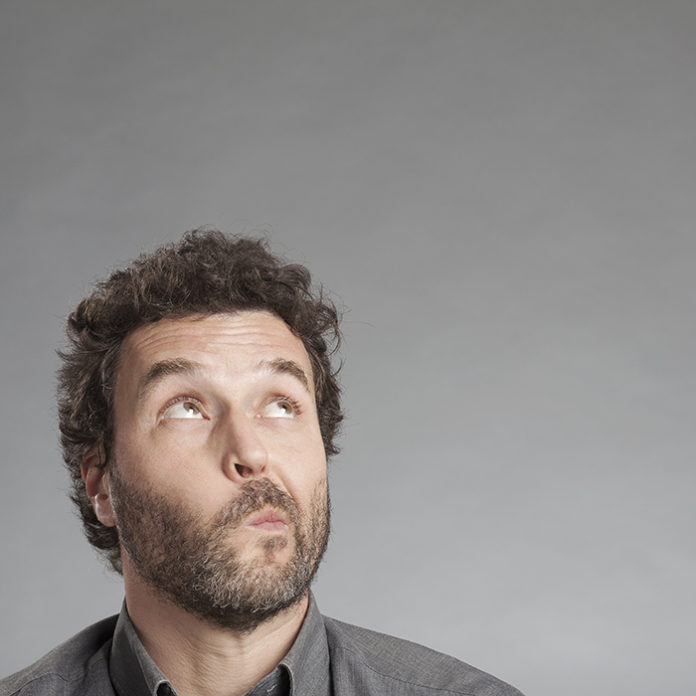 I have a favourite British comedy series that featured in the 1990’s called The Fast Show.  It’s a collection of skits, each featuring their own unique characters.  One of the characters is called Indecisive Dave.  The skit always takes place at a pub, and Dave and his mates are drinking a pint of lager and getting stuck into some serious discussion about sport, or politics, or whatever.  Dave usually starts off with a solid bit of opinion and then takes a sip of his drink, looking rather pleased with his contribution to the conversation.  One of his mates follows that up with his own ideas, and almost always disagrees with Dave’s opening statement.  That’s where the comedy begins. Dave immediately rephrases what he has just said, so that it’s in agreement with his good friend’s opinion. Dave never wants to ‘rock the boat’!  The next mate shares his thoughts which are always different to what Dave has just said and Dave makes another feeble attempt to re-phrase his opinion to keep up the new bit of information.  Dave is sure of nothing. I love the skit; it always ends with Dave freaking out because he doesn’t know what to think any more.

I find Dave hilarious because of his accent, yes, but mostly because there’s a bit of all of us in there.  We want to fit in.  We want to say the kind of thing that attracts people to us, but depending on our personalities, we might also enjoy a good bit of discussion or debate as well, to get our point across, to redirect or to learn – something Dave never ever attempts. Could it be though, that in a bid to be an individual, yet not ostracise ourselves from those closest to us, we tend to shape shift slightly, into a less dramatic version of Dave?  I want to have my say and believe in something, but because of what is being said around me, and my desire to fit in, I’ll put my real feelings aside and buy into the common denominator.  I know people that do this around sport.  No real commitment to one particular team.  They watch the game with their group, and then side with the strongest character, and their allegiance sways like the wind.  You might be the strong one, and the next thing you know, there are a few ‘Daves’ yelling for your team!  Sometimes it takes a crowd to get some people going, but if you can get people to doubt their convictions for long enough, and make your argument strong enough, people will budge.  Politicians know how to do it, great motivators know how to do it, and it tests our mettle daily.  Spiritual expression is another place where the simple question of ‘what do you believe?’ can spark an avalanche of responses, but one person that is unconvinced of their answer, is ripe for the picking if you take them a story that is convincing enough.  How do you choose a soft drink, shampoo, a chocolate bar or even a new car?  How much does that company’s marketing team lord over you?

“If you don’t stand for something you’ll fall for anything.”  What do you stand for?  What do your morals dictate?  How do you make your choices, and how do you deal with opposition?  It’s time to decide, because there’s an emotive wave coming, that’s driven by the strong, sucking in the lukewarm masses, and it’s about to come rolling by.  Will it deflect off you, or will you tumble right along with it, not kicking or screaming, but nodding in agreement, because hey; everyone’s doing it!