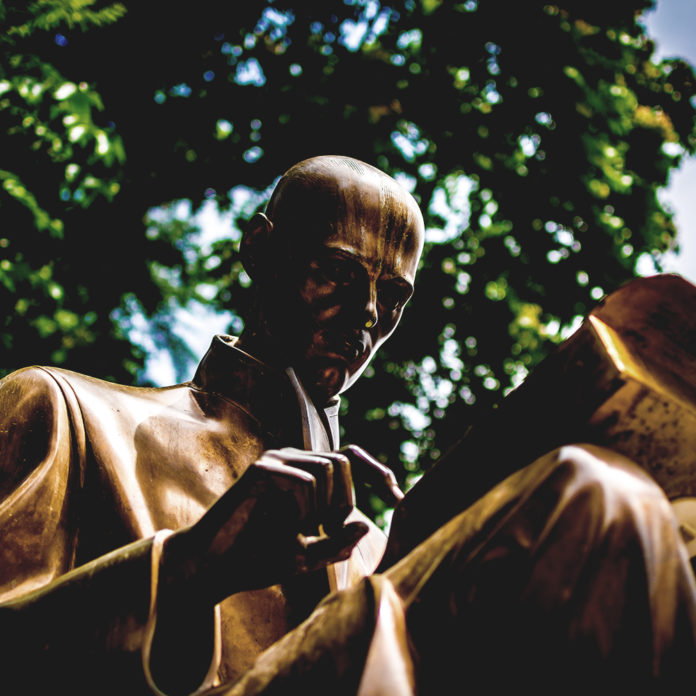 Last semester, I signed up for an introductory philosophy course without much thought. I needed a couple of elective courses to fill up the gaps in my degree and this seemed like an easy fit; the subject was interesting and the time slot was perfect. As the beginning of the semester neared, I was added to the course programme, and I found out that one of the first topics we could be covering was the existence of God. A small knot formed in my stomach. My mother had mentioned that a friend of hers had lost her faith after taking a philosophy course, and a few people had warned me against it. Fear began to rear its ugly head. What if my professor said something that I didn’t have an answer for? What if a student asked a question that I had no logical way of answering? Doubts and questions ran through my mind and I considered switching courses. I was terrified of being confronted with some type of awful truth that would unanimously prove that God did not exist.

After a week or so of feeling afraid, I had a frank conversation with myself. I’m not the kind of person that ignores knowledge or facts. I don’t believe in avoiding information because it challenges what you believe, but rather confronting it head on. So why was I running away from this? My mother had always told me never to make a decision because of fear, so with that in mind, I chose to stay in the course.

Still, I was nervous – I pictured myself walking into a lecture hall full of genius-like atheists who would have brilliant one-liners to shut down any notion of faith that I possessed. I went anyway and what I found was a room full of people eager to learn. No matter their faith background, they had questions just like I did. There were girls wearing hijabs, boys with kippahs, modern-day hippies and beard-trimming hipsters. Never was anybody rude or inflammatory, and opinions and debates were kept civil and respectful.

After a few days, we got into the different arguments for and against God and instead of finding rock-hard evidence against God, what I heard was an open discussion. Did some things challenge my faith? Sure, but not in a way that would break it down, but rather in manner that would make me go home, and ask myself some questions and pray about it. And not once in doing that did I come up empty. Fear would’ve made me turn away from doing this course, but courage allowed me to see God in a new, fresh, and eye-opening light.

God is more than big enough to handle any questions and doubts that we might have, so don’t ever be afraid of challenging your faith or lack thereof. If God created the universe, then He is more than capable to answer questions about it. Of course, there will always be some things that we don’t entirely understand, and although we can be honest about it, it’s important to not allow open-ended questions to turn into fully fledged unbelief. Whether a person believes in God or they don’t, there will always be some things that neither side can answer.

I can guarantee you that God is not anti-science. He loves knowledge – He created it! The human desire and impulse to ask questions, discover and search was planted in us by Him. It is not something that He wants us to ignore but rather to use to find out more about Him, His character and the beautiful world that He has created for us.

So next time somebody has some queries about your faith, don’t be afraid to enter into a respectful discussion and tackle the hard questions. If there’s an answer you don’t know, be honest! Lack of knowledge doesn’t mean defeat, it just reveals opportunity to go and learn something new. And if you’re having your own doubts – talk to somebody about it, google some resources or read a book (Gods Not Dead by Rice Broocks is a great one that anybody can understand). I’ll leave you with this quote,

“Now faith is the art of holding on to things your reason has once accepted, in spite of your changing moods” – C.S Lewis.