1Africa
Home Culture Give yourself a chance 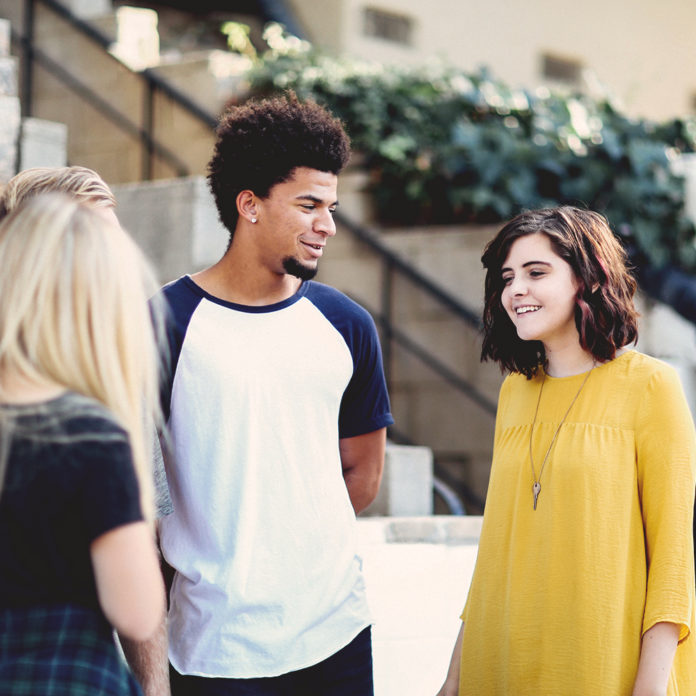 I’ve always been an introvert. It all started when I had to do my first oral presentation in front of my class. It was probably the scariest thing I had ever done in my life. The thing is that I would sweat – not just a light sweat; it would almost completely drench my shirt. It was like I took a shower with clothes on.

Thus, I was always too nervous to venture into the unknown. It was kind of crazy because I was so scared of sweating and what people thought of me that I would actually say no to a lot of great opportunities.

When I left school, in my first year of college, I didn’t really talk much. I always sat in the back and didn’t really pay attention. I preferred to be low-key. Things didn’t really change until I met a guy who was in college with me. He was a few semesters ahead of me and he was a lot older than me – but he was the coolest dude I had ever met; also a great friend.

He was a kids pastor at the time (a minister that works primarily with kids) – a strange concept for me, but I just went with it. He invited me to come check it out, maybe help out if I wasn’t doing anything. It was my first experience ever in a kids church this size – it was massive, and there were kids everywhere. It was like walking into another world with all the games.

Anyway, I watched as my friend got on stage and got the kids excited for the night. Then, out of nowhere, he called me up. Before I even got on stage I was already wet with sweat. I was so nervous my knees were shaking and I didn’t even say anything. Long story short: I enjoyed it so much that I came back a second time, and it was awesome. Then, he decided to introduce me as one of the speakers of the night. I’m not sure if I’ve said this enough… I was nervous! And not the good kind of nervous! I could hardly speak; I was fumbling over my words. I mean it was just a bunch of little kids, yet I was so nervous.

As the years passed I kept helping out with kids church. Four months into it I already began to see that my knees didn’t shake anymore. I wasn’t sweating anymore, and what I said actually made sense. It was like something that was always there was unlocked, and was now mine to use.

You see, I never ever gave myself a chance. This could pertain to anything in life. I didn’t want to be seen or heard because I was nervous and I actually created walls that were so hard to break that it took someone forcing me to do it. I look back on those days and think I would have never known if I did not try.

Give yourself a chance – do things that you wouldn’t do!