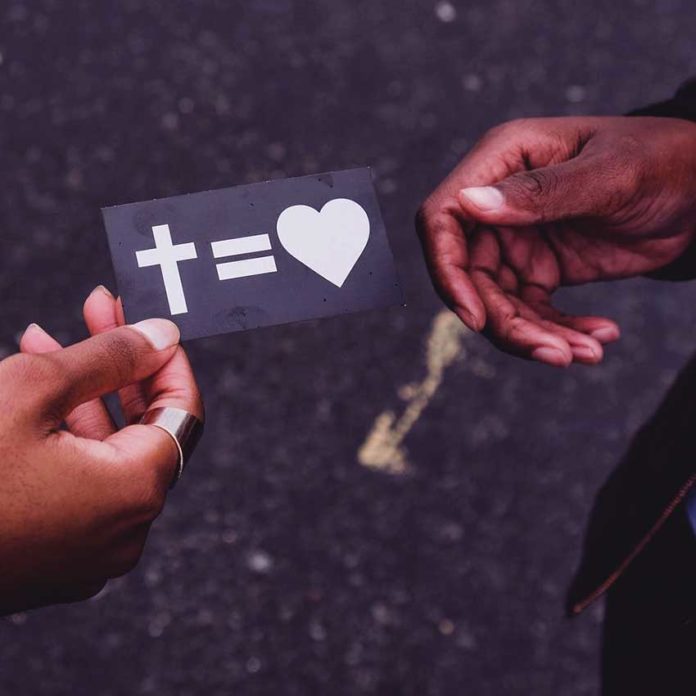 Thesedays the cross is one of the most recognized pieces of iconography in the world. From church steeples to rappers’ chests – the cross is an everyday occurrence that many see as archaic or irrelevant. It may be a simple perpendicular crossing of two lines, but it means way more than many other complicated things.

To some it speaks of the Illuminati, to some it means tradition and religion; to some it means the oppression of their people, and to others it means safety and nostalgia. Some will declare it’s their protection, while others will find it a silly ornament that represents an archaic belief system.

And to be honest – all of those people have lost the true power of what the cross is.

The cross is not an ornament. It is by no means in itself a saving power. It is not a great fashion choice, or a demarcation of a certain religion either. The cross was simply this: a torture rack for the worst criminals in the Roman Empire. It was two crude pieces of jagged scrap wood joined together and erected on the highway entrances of cities. Thieves, murderers and anarchists would be tied on these racks as examples – warnings of what would happen to you if you disobeyed Roman law and subjected to a very slow, painful and public death.

As their limbs slowly stretched out of their sockets, their bodies stripped naked, while wild animals would come and tear at their flesh. Crows would peck at their eyes. They would not be able to defend their nakedness. It would be brutal and a horrible sight to witness – as they would fight for hours to lift their splinter-ridden bodies to inhale one more breath. Eventually they would die of suffocation and be buried in dishonor.

When Jesus was crucified (it is documented in Roman records), the Jewish people were familiar with crucifixions. And the cross was a sign of the terrible oppression of their nation. It was a horrible reality of the cruelty of Caesar and their inferiority and inability to be free. It offended their laws and their senses. No one would want their child to see that horror.

And then Jesus – a man that the Roman governor could find no fault in – was subjected to this kind of death. But it was worse. Jesus was beaten with sticks, whipped with a whip that had shards of animal bone in that literally tore flesh from him. Fistfuls of his beard was ripped out. People spat at him. Then, bleeding profusely, he was made to carry a NEW cross through the city and up onto a hill – on the side of a highway – to be made a public spectacle of.

He was meant to be a declaration of absolute shame – a billboard for disobedience. But they had no idea that they were publicly declaring a very different message to the whole of mankind. Yes – the cross was a public declaration of the ultimate shame. Instead of simply tying him onto the cross, they nailed his hands and feet – making it near impossible for him to push himself up to take a breath. And ultimately – after three hours of driving his body-weight into the nail that bored through his feet – his heart burst and he died. But it was the declaration of all declarations because that was the last time shame could freely have its way on a person. Jesus was deemed innocent, but died on what would be considered the worst form of capital punishment at the time. It was the ‘electric chair’ of the age – a harrowing, way more explicit way to die.

And yet that horrible, dirty, oppressive sign of malicious control and oppression became the ultimate expression of love.

Jesus knew what he was walking into. He would have passed the cross on his way into Jerusalem a few days before. But he chose all the pain, the beating, the shame and the brokenness; in fact, he chose more – all oppression and depression, anxiety and bitterness and every form of sin – laid upon him. He, the innocent, took all of that on himself so that we could find freedom by simply choosing to believe that He did it for us.

The greatest torture became the greatest love. The deepest shame became our greatest joy. The death of Jesus is an eternal symbol – a public declaration – that God gave all of himself so that we could know him personally and be free to live in the full power of His declaration. Click on the link below to find out more