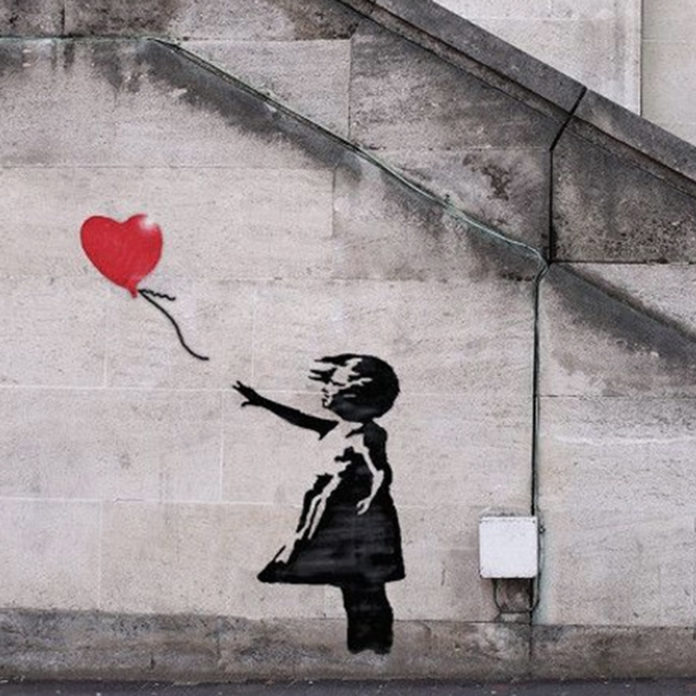 If you haven’t heard of Banksy, let me fill you in.  Banksy is a Britist street artist who uses this work to express his views on politics, social and economic issues.  Essential he (at least we think it’s a ‘he’) is a graffiti artist, but he’s gone far beyond a can of spray paint and rude words.

Known only by the one name and largely surrounded in mystery, most of Banksy’s works are seen on the streets of major cities around the world. From USA, Australia, Mali, Israel and the UK his artwork speaks about the political and social struggles effecting people around the world. Banksy first emerged in the early 90’s and from then until today his art continues to create awareness around many issues.

The art is iconic but to put it bluntly it’s also illegal.  Using someone else’s property as your canvas is effectively vandalism after all.

I first discovered Banksy in my late teens and ever since then I was hooked. I think for me the appeal lies the simplistic style of art and also his creative use of graffiti.

Of course the intrigue around who Banksy really is just adds to his allure. There are many theories as to who is behind the art but no one really knows for sure. Some people say Banksy isn’t one person but a group of maybe seven people, others say Banksy is a woman or the front man for a rock band.

I’m not sure which to believe but all I do know is that his artwork speaks not only to his local community but to many around the world.