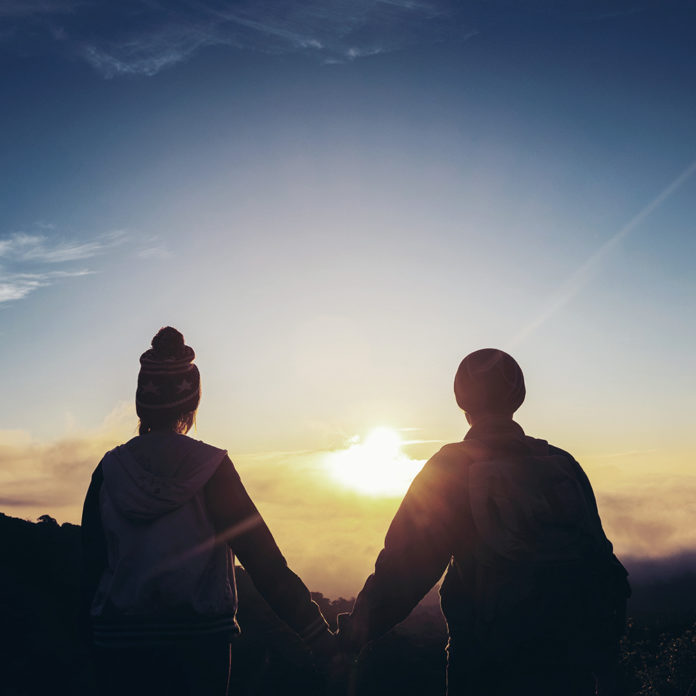 “How is married life going? I bet it’s so tough and so much work!” I was asked that recently, I started laughing (my default setting when being asked loaded questions) and I responded with:

“Some seasons are tougher than others, but when you work through it and grow in it both individually and together as a team, marriage becomes so fun regardless of the season. Because you’re doing it with your best friend, and instead of wasting time fighting one another, you stand together facing issues, and overcoming them together!”

Every great relationship has its ups and downs, yet it strives to stay unified in love, and purpose. Young couples who are about to tie the knot sometimes have the illusion or misconception that “married life is easy, and it requires no work.” Whilst, others may see marriage as too much work, and prefer to bounce in and out of relationships the moment it gets tough. Then there are some couples who avoid all confrontation, or some who constantly fight one another and drift further and further apart.

Again, marriage is hard work, yet all the intentional effort and love poured out into the marriage, ends up blessing the couple going forward.

My husband and I have been married for almost ten years, and I can honestly say that being married to your best friend is the best! No matter what season of life we go through, we choose to grow in love, and grow in character, and we choose to honor and cherish one another.

The first two years of marriage was very interesting, or should I just say openly and honestly “it was hard”. We were in our mid twenties, both starting in our careers, we came from very different backgrounds, and we were used to our space and the way we did things within a home. Then we got married, moved in together, and got a bit of a fright, or should a shock, when we realized it wasn’t the easiest of transitions for either of us.

We were crazy about each other, still are, but there were days where I just wanted to lock the bedroom door, and pretend he wasn’t there! For example, if you have an argument, aka, “a debate”, you can just storm off, and go to your house – but no, you live in the same house, and if your house is small, then you go to another room. But you are still in the same space – so that makes it even more uncomfortable. To add to those early days, my husband and I both dealt with conflict differently, and both communicated so very differently, hence, we used to clash and bump heads a lot in those early days.

Honestly there were moments where I questioned if this conflict and challenge would be a constant within our marriage, at times thinking that maybe I made a mistake, because we had conflict. But then we decided to do a marital course that our church was hosting, to help empower young married couples. I can’t for the life of me remember who was speaking, but they simply just said : “You are not fighting one another, you are fighting the issue. Keep those walls down, speak with love and with respect and make each other feel emotionally safe in those raw and vulnerable moments!”

A lightbulb moment, that completely changed the dynamic of our marriage. We were so determined to get our hands dirty, face some issues together in love, and fight for the future of our marriage. That meant we brought up and dealt with the uncomfortable things, that meant we needed to be intentional about truly listening to what the other person was saying, not what we think they were saying. We chose to always make one another feel emotionally safe and valued.

Fast forward a few years later, and our marriage still isn’t perfect, but we have way more fun, and deal with issues far quicker and move forward together a lot quicker. Now when we have difficult conversations or challenge one another, we don’t take it personally, we listen with respect, we honor one another in word and in action, we apologize and forgive quickly, then we choose to celebrate one another daily! That has become our norm, because we chose to make it our norm!

So. now when someone asks me what married life is like I honestly say: “It’s hard work at times, but mostly it’s fun!”