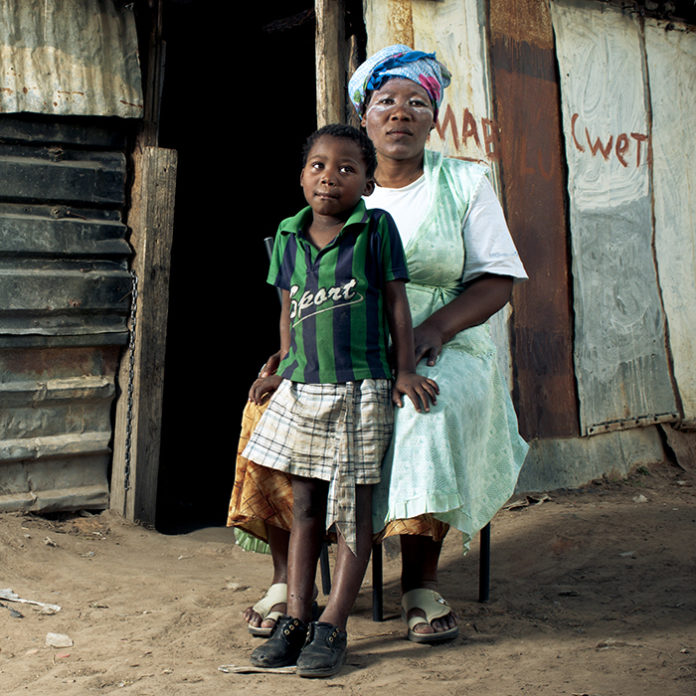 In an attempt to understand why our continent remains poor and why we seem not to progress in spite of the many natural resources we boast of, I discovered a heart-breaking reality that the majority of us still live in abject poverty in comparison to the rest of the world.

One thing that also infuriated me is the belief that Africans cannot think for themselves and have no willpower to change their own fate. While this is unfair on the part of the millions of Africans who desire to see change in their own personal lives and the communities they live in, I began to wonder what it is that holds us back from progressing. The following 5 things that hinder progress are listed specifically within the context of the African experience but really apply to all areas of life.

We have all heard that “where there is a lack of vision the people perish”. The word ‘vision’ defined means “the faculty or state of being able to see”. While the word may also suggest seeing something in a dream or trance-like state, it’s not enough to dream. Dreams come when one is in a state of slumber, dreams are often forgotten, while on the other hand a true vision is given to one that is conscious, one that is then able to relay a vision, perhaps even write it down so that it can be acted upon. When Martin Luther or Patrice Lumumba said “I have a dream…” , his dream was not some fuzzy-feel-good imagination that occurred while they slept one night, but it was a mental picture of the hope they had. It was a mental conviction of the future they desired and believed should and would happen. The question you and I should ask ourselves is, what is the vision we have for our own personal lives and for our continent. What do you see yourself becoming and does that picture of the future remain despite what you are currently going through? Are you convinced that what your mind’s eye sees has the potential to become reality?

Simply knowing where you want to go without knowing how you will get there is futile. Samora Machel had a vision of a free Mozambique. When he gave his famous “A luta continua” speech, he not only envisioned a Mozambique full of educated self-sufficient people, but he knew the price that had to be paid in order to reach that end. In the wake of independence, after years of a bloody liberation war, he knew the struggle was not over simply because a simple declaration of independence had been made on paper in 1975. He knew schools still needed to be built, mind-sets had to change, support had to be rallied for businesses to invest in Mozambique. So again, ask yourself, what are your plans to see your vision become a reality? What are the steps you need to take to get there? What sort of help do you need to achieve the set goals outlined in your vision?

Having a great plan is all well but without wisdom, executing the plan may prove futile. How many businesses, governments and families talk about how they will do this and that by next year, next week, next month and fail to deliver? How many individuals have a vision to fly to the moon without bothering to study the concept of gravity? It is also said, people perish because they lack knowledge. First Lady of Kwara State in Nigeria, Toyin Saraki reiterated this in her delivery at TEDex Euston. Many Nigerians (and Africans in general) have died in hospitals due to lack of information on basic healthcare principles. Many text books and journals on healthcare often have information that is irrelevant to Africa. While having information is critical to changing the African continent, being able to apply knowledge is equally important.  After all, there are many books, articles and a great deal of information that could easily be the recipe for success. Take for example, how many copies of Rich Dad Poor Dad have been sold worldwide, yet how many millionaires have we seen emerge as a result of reading the book? So ask yourself, have I put myself in a position to learn either from those who have gone before me or by simply venturing into uncharted territory? Am I applying what I learn with consistency and being wise while I am at it?

“Many of life’s failures are people who did not realize how close they were to success when they gave up.”  Thomas Edison

Patience – remember Rome was not built in one day, neither did it take wishful thinking to see the pyramids of Giza take their form. If you have outlined your vision and you believe in it, then wait patiently to you see it come to fruition. Things may not fall into place today, tomorrow or next year but do not throw in the towel at the first sign of hardship. Imagine if Muhammadu Buhari had given up all hope of ever becoming president the third time he lost the presidential race back in 2011?

Perseverance – Being patient and perseverance go hand in hand. When delays occur, do not just sit by and wait for things to happen. When failure knocks, do not simply concede defeat and give up. Keep moving, learn from your mistakes and keep pressing forward. When people began questioning inventor Thomas Edison on whether or not it was worthwhile to continue with his attempt to get the first commercial light bulb to work, his response was not one of defeat.
“Restlessness is discontent — and discontent is the first necessity of progress. Show me a thoroughly satisfied man — and I will show you a failure.” Thomas Edison

Practice – while it makes perfect, the reality is, in this life, reaching a state of perfection is next to impossible. Therefore, put what you know into practice, exercise your mind and your skills so that you can grow in all areas of life. If your vision is to become a pastor, practice the role of a pastor. If your dream is to be a farmer, hairdresser, CEO or whatever your heart desires to do, do your best to live as such now. In practicing, you get to discover your strengths and weaknesses and, should you need to revise your vision, you can do so through having established what you need to work on. It’s no use dreaming about being a soccer player and having a plan on how to become a soccer player and yet, never once setting your foot on a football field to test your skills. How would a talent scout spot you if you never put yourself in a position to be noticed? How would a potential investor know your idea works if you have not made any attempt to try and get your invention to work?

A visionary does not wait to live or work like a CEO of a successful company till the day he or she is appointed CEO. If you are dissatisfied with your current state of affairs and have envisioned the future you desire, begin to live like the man or woman you see in your vision. While the here and now may look bleak and hopeless, remember that it is not the end but only the beginning. Try to imagine young Robert Mugabe, perhaps a young man who was nothing to write home about, no friends but his books to keep him company, determined to pursue formal education at a time when his peers felt their destiny was to herd cattle and goats in the dusty fields of then Rhodesia. While there is nothing wrong with herding cattle and goats if that is your dream, would he have been better prepared for ascension to power if he hadn’t applied himself to learn and live like a leader? If he had failed to see the potential he possessed and the ability to lead, would it have been at all possible to come from classroom to political activist? Without faith in ourselves, in Africa and the future, our decisions today will not lead to greatness.