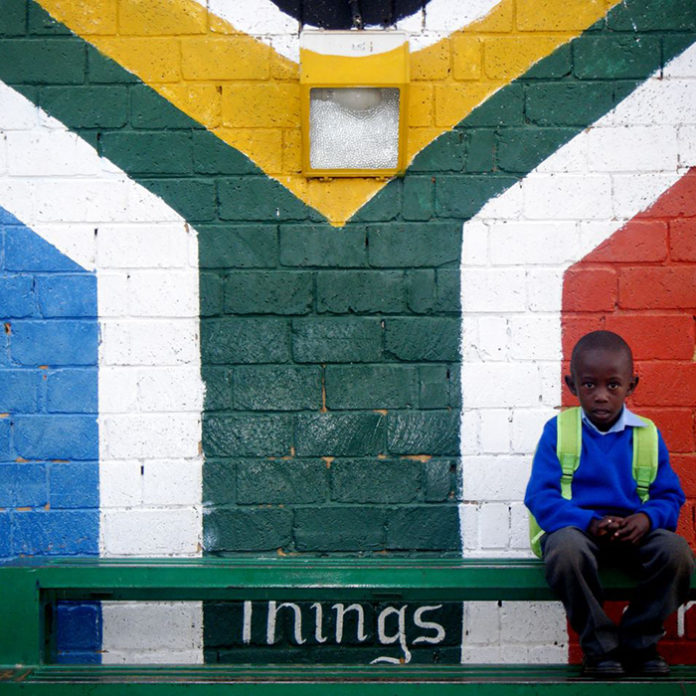 Today is Youth Day in South Africa and, to commemorate the event here on 1Africa, we share an excerpt from a compelling opinion piece by Ebrahim Fakir, an independent political researcher and commentator. The piece is published in The Daily Vox.

What black power can we rally under a black majority government, when a full 40% of South Africans are unemployed?

Yes, a day for black power was the rallying call of the students of 1976 (today it is somewhat more properly known as Youth Day). But the youth have little to celebrate, when large numbers of them are unemployed.

While youth unemployment in South Africa is acute, unemployment in general appears to be one of South Africa’s most intractable problems. And in contemporary South Africa, even those who do have work are increasingly faced with the reality of the casualisation, informalisation, and the temporary nature of work that is becoming more dispersed with the outsourcing of particular roles and functions in workplaces.

This kind of regime benefits employers and owners, to be sure. They are able to cut input costs and save on wage bills and benefits paid to workers. It may have some ameliorative effect on those who are temporarily out of work who manage to get some of these jobs, but increasingly, it does not benefit society at large, nor does it tend an economy nearer towards full(er) employment.

How did we end up here?

History and past legacies matter, no doubt. As does a politics and governance regime characterized by conflict, corruption, paternalism, patronage and hubris. Add an inappropriate policy mix and lackluster, often uncreative government performance in critical areas of the economy together with polarizing and antagonistic race relations, and mutual suspicion between an ineffective and sometimes corrupt state and a myopic, collusive private sector.

Part of this mix is the fracturing and fragmentation of a traditionally strong union federation, Cosatu, which traditionally organised workers in a social movement unionism that adopted both shop-floor issues and broader community and public-interest campaigns. Its decline has heralded both a more narrow economistic approach in the remnants of its core and the rise of more narrow economistic “independent” unions in its wake.

This is likely to create an unstable worker-employer bargaining relationship and render the collective bargaining system as a whole, unstable. A change in the character of Cosatu, with a greater organisation in the public sector is likely to see the emergence of an even more myopic business sector, with a more populist government attempting to discipline it in the absence of cohesive labor pressure. This makes for a mix ripe for social and political combustion.

The implications of the recent #RhodesMustFall campaign, and the symbolism of students whipping and beating the statue of Cecil John Rhodes as it was being removed, should not be lost.

An agenda and demand for change has been set by communities in the on average 500 protests a year over the last decade in largely African communities; there are remarkable signs all over the society, pointing to ineffective government and poor and deteriorating social relations.

Our social crisis is a poignant reminder of the unresolved issues of the inherited racial patterns of exclusion and economic distribution in our society, and the conundrum of race, (lack of) recognition of the influence and impact of the past, and the redress and new nature of reconciliation measures required to address it.

Are we completely lost?

The reign of error expected in some quarters since Jacob Zuma’s ascendancy to the presidency of the African National Congress in 2007 and the country in 2009, has not materialized.

Mercifully, successive ministers of finance have had budgets to announce and South Africa has not (yet) spent its way into oblivion. Neither has it been saved from the vicissitudes of the global recession. Although its savings have come in the form of modest surpluses, these have been reversed since 2009 into modest deficits that have allowed the South African economy to withstand the shocks of a global recession.

But legal and regulatory uncertainty, coupled with the infrastructure and energy constraints, as well as a return to a focus on mining, extractive and other primary sectors in the economy, has served to undermine strengthening diversification and the development of areas of comparative and competitive advantage in the South African economy.

That it is not all lost, is, however, not solely attributable to a Zuma government. The modest successes in South Africa, such as they are, find their roots in a policy trajectory and tripartite social dialogue processes established before the Zuma administration, much of which his two successive administrations appear to have continued.