1Africa
Home Faith You don’t have to feel ashamed 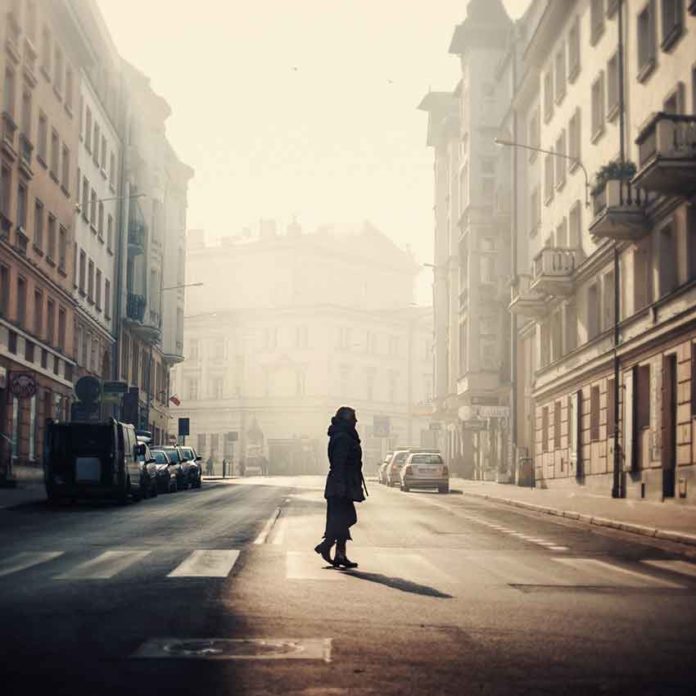 Everyone experiences shame. It’s one of those emotions that is immediately identifiable. But unlike most other emotions – it is one that is very hard to resolve. When I feel happy, I laugh; angry – I shout; sad – I cry and guilty – I apologise. What happens when I feel ashamed though?

I believe the answer is found in understanding what shame truly is. Guilt is similar, but more easily resolvable. Guilt is the feeling you get when you have done wrong, but shame is the feeling that you are wrong – there is a massive difference. Where guilt deals with your situation and your actions, shame goes much deeper into the very core of who you are. It festers beneath your thoughts and desires and causes you to be susceptible to offence, despair and shallow pleasures that last only moments.

In my life, I remember the first time I ever felt shame. I was about four years old on the playground and a girl came up to me and asked me if I was gay. I didn’t know what the word was or what it meant. She and a whole lot of children laughed at me because of this and that was the first real memory I have of feeling like I was somehow wrong.

Twenty-two years on and I can recognise the situation for what it was – and the insecurity that the girl had at the time in her family situation. But it made me question who I was on a deep level at a very young age – and I felt stupid, unworthy and ostracised for a reason I could not understand.

To be very honest, that shame developed into a fear of what other people thought of me – and a fear that I was not man enough. That fear raised its head in pornography addiction, strained friendships and a high sense of competitiveness. All of these things further piled on the shame, the belief that I was fundamentally flawed – wrong from the start.

Now please understand that I am not blaming one moment for ruining a good part of my life. There are always multiple factors when it comes to identity. But it is important to understand that shame is rooted in the feeling of being exposed.

The first couple on earth experienced this. When tempted by the snake, Adam and Eve chose to disobey God for the very first time ever. And when they did – they saw that they were naked and felt ashamed. Right from the start the enemy of our souls wanted us to feel shame. Adam and Eve were exposed and believed that they had become wrong. And ever since then – the very beginning of the human race – shame has been part of our narrative.

So how do we get free of it? How do you change the foundations on which you build your thoughts, emotions, reactions and beliefs? Let’s look at a few elements that were present when shame first entered the narrative of humanity:

I don’t know if you believe in the concept of sin. You might have a skewed understanding of what sin is. Sin is fundamentally doing something wrong – but in this age where everything is relative, there needs to be a stronger stake to tie a definition to. In essence – sin is the opposite of God. And I believe God is good. Just as darkness is the absence of light, sin is choosing to be without the goodness of God. Sin is willfully turning away from the Creator of your very being and turning towards the environment you find yourself in. If you consider this definition, it is no wonder that we feel that something is wrong with who we are when we are absent from the context in which we were created for.

The world around us doesn’t fit with who we are. But instead of questioning our environment, we question ourselves. It’s like jumping into the sea and blaming yourself for not being able to breathe – you weren’t created for the environment but instead of changing the environment, you blame yourself and your soul begins to suffer. You were not created to exist outside the loving will of God. But sin will take you out of that will and then make you question yourself instead of the absence of God in your life.

Adam and Eve were present in front of each other when they became ashamed. But they weren’t ashamed of each others’ nakedness – they were ashamed of their own. I believe shame is only present in the presence of others, but it is always focussed on self. It is a self-loathing that is only present because of others around us. But once you are exposed in front of others, you will stay ashamed even when alone. It is important to recognise that in the first instance of shame Adam and Eve did not impose shame on each other. It was an internal response that automatically made them want to hide from each other. Shame will ostracise you. It will make you go to incredible lengths to try and ‘fix’ yourself. Adam and Eve sewed fig leaves together to try and hide their shame. All of a sudden they were not enough as they were – they had to add to themselves to feel okay.

Now it’s important to understand that fig leaves are not only a very awkward shape to try and sew together, but also that they are irritating to the skin. They would have been incredibly uncomfortable. And that kind of discomfort is the daily chafing pain of living with shame. In the presence of others, shame will keep you working hard to feel safe and have approval. And in this broken world it traps us in cycles of anxiety, addiction and exhaustion.

Adam and Eve felt the need to hide from God – because they felt wrong. That was the very first misunderstanding of how God actually sees humanity. He made us intentionally. He made us to be exactly who we are and He sees all our nakedness and flaws. And He loves and accepts us as we are – completely exposed. He came searching for Adam and Eve. Even though the consequences of what they had done still applied, He killed an animal so that Adam and Eve could have better fitting clothes. He sacrificed another one of his creations to make them feel unexposed.

Eventually, He did the very same thing with His Son – Jesus. He sent him to die and cover all our shame. Jesus was stripped naked and was abused physically, with words and even spiritually so that we could finally be rid of shame.

I know it might seem too good to be true, but receiving that sacrifice, and choosing to believe that God did that for me has completely set me free of my shame. And in getting free of shame, I was able to be set free from my pornography addiction, my insecurity and my competitiveness. Shame fuels the wrong kind of obsessions in our lives. But the moment you choose to believe that you are valuable enough for the God of the universe to die for you – then your whole identity has to be transformed. You will find yourself truly being able to accept who you are regardless of what others think of you. And, most importantly, you will be in the environment you were created for: a daily relationship with God himself.