1Africa
Home Church Women are more than an accessory 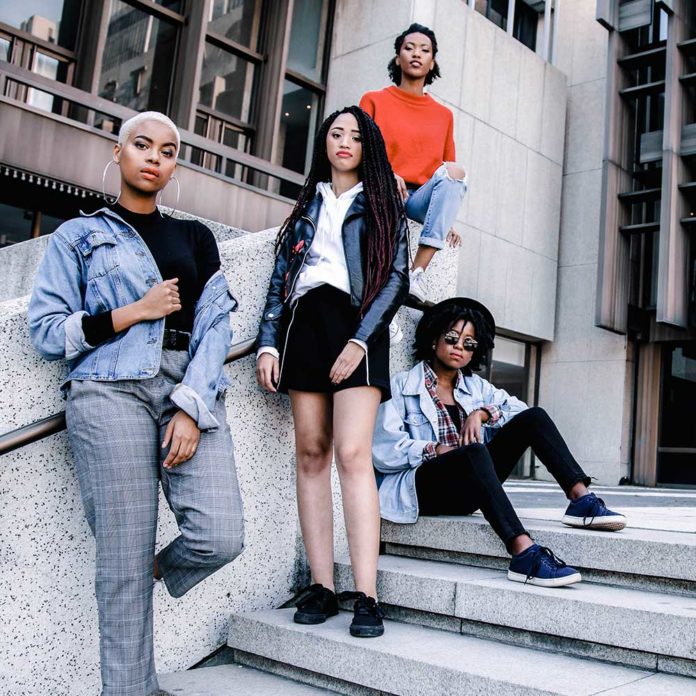 You can’t go far these days without seeing the global community’s focus on women’s equality – from UN speeches to promoting a plethora of publications, festivals and interviews. Feminism has been a topic many would have considered something of the past – with two major waves having taken some significant ground. But there are some extremely compelling battlefronts that are yet to be taken when looking at equal rights for women and it is exciting to witness how the world is sitting up and taking note.

Despite the steps that have been made towards equality, I recently sat down with a great colleague of mine who had an extremely negative experience online. A guy commented on her Facebook feed, saying that feminism was fundamentally evil and against God’s will. It upset me enough to think that someone was taking such a vehement stance in such a public and irresponsible way – in a tone that would drive people away from ever considering the true nature of God.

Everyone is entitled to his or her opinion, but I take issue when the foundation of any conversation about Jesus Christ and His church is not based on love and respect. There are many controversial ways in which the subject of feminism and the Bible interact, and I would encourage everyone to read those passages within context, and with the historical and cultural perspective needed to understand the immediate application of that time. But there are a few fundamental things that cannot be ignored when it comes to God and womanhood. I would like to remind us all of some of the indisputable facts.

Adam was made from dust. Eve was not.

In the beginning, the Bible says that God made Adam first and then Eve. God formed Adam from mud and breathed into him. But when it was time for Adam to have a “comparable” companion, Adam was put to sleep and God removed a rib from his side. When Adam woke up, he spoke the famous words, “bone of my bone, flesh of my flesh”. No animal was a good enough partner or “comparable” to Adam. That is why God made Eve. She was the finale of creation: the piers de resistance to God’s masterpiece. She was the fullness of Adam’s existence in the garden.

One of the saddest things I have seen in many cultures and even in the church is the terrible devaluation of women. Many have seen Eve and her daughters as an ‘accessory’ to men when in fact, they are the fulfilment of God’s will for men.

Feminism (like many other worthy social causes) has been blown out of proportion by people who are not interested in understanding it. Fundamentally the cause is for women to receive equal opportunity and respect as men in every field. When God said, “Be fruitful and multiply”, He was addressing both man and woman. He continued by telling to take dominion together and rule the earth. In limiting the role of women in our society we are not only withholding the possibility to steward the earth responsibly as we are called to, but more pressure is placed on men to carry a weight that was firmly allocated to all of humankind.

God could have decided to reveal Himself to this world in any form. There was no need for Him to become a foetus and be born through the willingness of a teenage girl in a restrictive culture two thousand and seventeen years ago.

Yet what I believe to be the redemption of the whole world came only through the obedient faith of a woman. Mary should have been stoned for being pregnant out of wedlock. In that day, the women were severely punished for sexual immorality while the men rarely saw any consequences. Yet in the face of that kind of suffering, a brave young woman chose to risk her reputation as well as her very life to bear the cornerstone of Christianity.

Some might argue that she was an exception. The church even tried to assign a degree of deity to explain away the immensity of her commitment. But she was a normal girl with a strength that spanned the breadth of the Messiah’s life on earth. And speaks volumes about the importance of women in God’s narrative.

When it comes to Jesus’ life on earth, it was the women who tangibly served and honoured Him: not out of duty, but out of love. Women were the ones supporting Jesus’ ministry financially (Luke 8:2,3 in the Bible). From cooking meals to washing his feet with expensive perfume, to attempting to embalm His body after He died, the women present in Jesus’ life are formidably significant. Mary Magdalene was the first to see Jesus after He had risen. Where some disciples’ names only get mentioned once – there are multiple stories of women being impacted by Jesus. Even in the throes of death, He placed value on His mother.

There is no question in my mind that God sees no difference in the degree of significance and capability of the female gender when compared to that of man. As a Christian, I believe He has intentionally created us with abilities, characteristics and perspectives that are as vital to society as they are unique. The lack created by the devaluing of women has resulted in a broken world – in many ways, humankind has been operating at half (if not less) its true potential.

One of the most radical things about knowing God personally is that He intimately reveals how much he values us. You are the delight of His attention.

Do you feel like you have to fight for your voice to be heard? I know for a fact God hears you and is interested in what you have to say. If you want to know more about His specific intention towards you and learn more about having a personal relationship with Jesus, click on the link below.