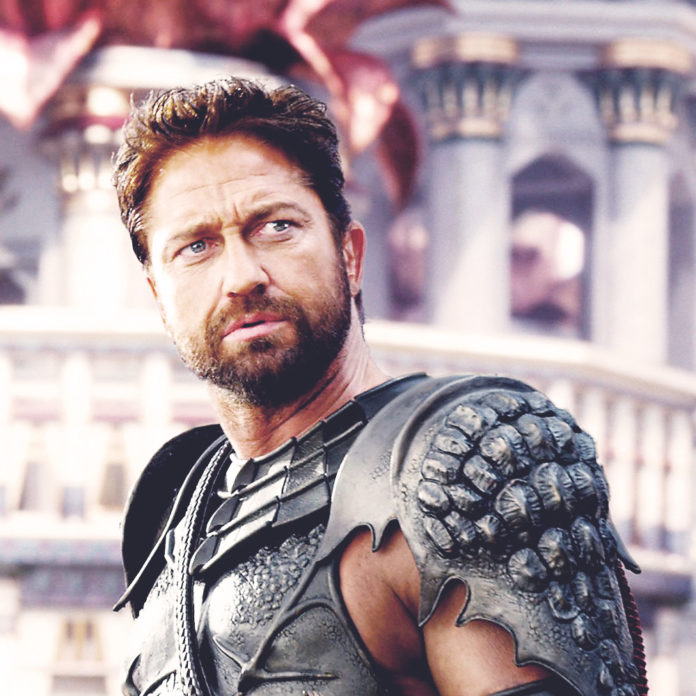 I recently had the displeasure of  watching Gods of Egypt, with Gerard Butler in the role of Set, the merciless god of darkness who takes Egypt’s throne from his brother and causes chaos where there was once prosperity and peace.

In the hopes of not only saving the world, but also rescuing his true love, an insubordinate and passionate mortal named Bek (Breton Thwaites) forms a very unlikely alliance with the powerful god Horus (Nikolaj Coster-Waldau). And blah blah blah. The reviews were terrible, but I’m not one to listen to reviews, and while there have been times where I’ve scored, this time, I suffered.

Throughout the movie it was highlighted that without gold or riches, men and women didn’t have a chance at any kind of happiness in the afterlife – it didn’t matter if they were good people at all. That made me incessantly sad, because although the film might have been the worst of bad fantasy, there are really people who believe this.

Now I know that gaping holes and unquenched thirst are all of the things that I’ve felt inside me at different times in my life in my search for some kind of wholeness. Why? Because all of us humans have a fundamental need, something that’s very basic that’s missing from who we are – the God Factor. We were all made to live successfully, at peace with God and with ourselves, but we know the story… Adam and Eve chose to do their own thing after being enticed by Satan’s offer to them to become wiser and as powerful as God himself – because I guess that’s quite an alluring proposal.

Soon after the whole thing they quickly realised that they had sinned and that they weren’t going to be able to enjoy the relationship with God that they had before. They were excluded from intimacy with God. But, through Jesus, God the Father made provision for us to enter into that sort of relationship again. Paying the price that each person on earth should have paid, Jesus Christ endures loneliness and separation from God so that we can live in close relationship with him.

It is actually extraordinary if you really think about it (and unheard of in any Egyptian belief) that any god would ever talk to humans, let alone come down to earth, live amongst them, and then die so that no price would ever have to be paid again because he wanted an eternally great relationship with them… if they chose to do so.

It blows my mind.

Not only do we get relationship with God, but there are precious promises that are handed out to us at leisure, that we can choose to believe and take a hold of, and see fulfilled in our lives. All we need to do is choose God, change our direction (changing from serving self-will to serving God and His will), put our confidence in God, and make the commitment to Him, acknowledging his hand in our lives and believing his words.

It’s not too hard. If you would like to know more about what I’ve just said, why don’t you go ahead and click on the banner below?