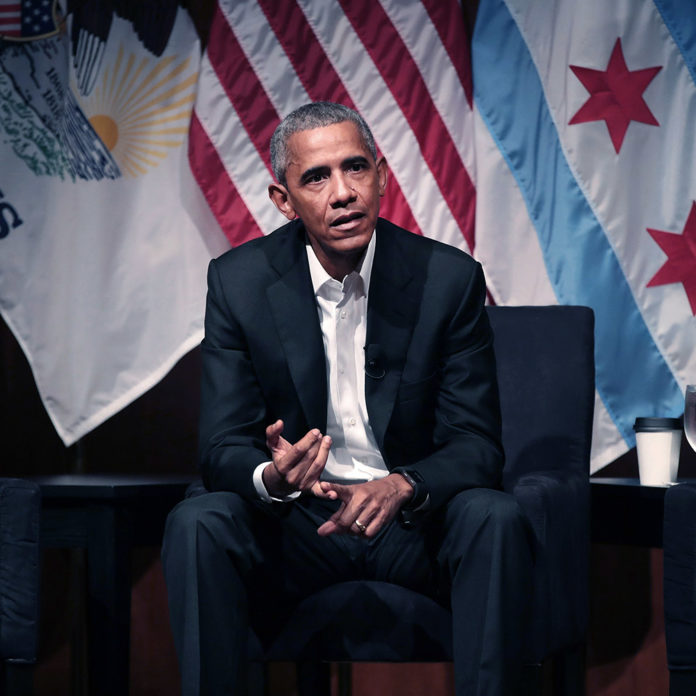 Former US president Barack Obama has made his first official appearance since leaving office.

Obama addressed a group of students at his alma mater – the University of Chicago, where he taught Constitutional Law – on a wide range of issues.

Despite the hour-long engagement, Obama was very careful to avoid making any pronouncements about the current President Donald Trump.

Obama talked about coping with failure:

“With respect to failure – it’s terrible.

But sometimes it’s necessary. If you are trying to change something.

Some of you talked about your own businesses – you will go through failures.

I think the most important thing – and this is a bit of a cliché – is to have resilience. And examine: what did I do not to succeed? How can I do better?”

The former president also gave a little insight into the book he is currently working on:

“I am writing a book now, about my political journey. And when I think of that race, I am reminded: that was about the sole time in my career I was running because it was just the next thing. Not because I want to accomplish something.

Worry less about wanting to be a senator, or congressman, or rich.

If you are worrying about improving education in low-income neighbourhoods. Or climate change.

Then it puts you in a position to have an impact”.

He also spoke about various other aspects affecting American society and the world at large.

It was good to have the former POTUS back, but don’t take it from us, you can watch the full speech here – or the video below: