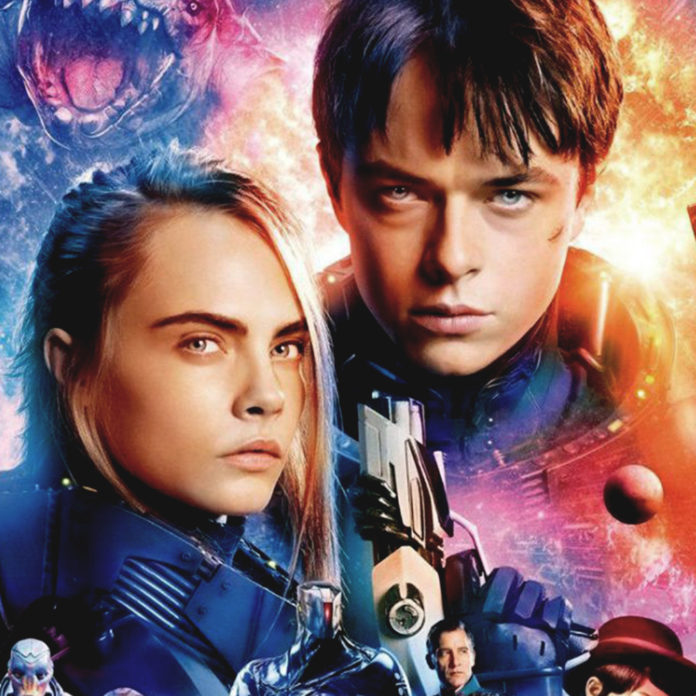 Incredible CGI, substantial ethical messages, fresh faces and the ability to make time go slower than it ever has before. I cannot think of any recent sci-fi film funded from Europa on this scale. As you endure the length of the film, I have to say that it is an interesting notion. The backstories are strong and believable – where Sci-fi is normally fantastical and sporting a squeaky sheen, Valerian is definitely more ‘real life’ in character. The opening sequence is testament to this more than ever – showing multiple nations and species meeting each other diplomatically, building a galactic community that is the main setting for the storyline.

From the mysterious teasers that played in cinemas a year ago through to the Instagram spams and overt cinema punts, Valerian had a lot to live up when I walked into the cinema and, in terms of CGI, it delivered bountifully. The incredible breadth of alien species were all believable (although the central alien species did look like the lighter cousins of Avatar). The different planets and spacecraft were also believable – less grungy than Star Wars, but definitely more weathered and substantial than any Marvel installment. From the creatures to the supporting characters, there is a magnificent stage set for a dynamic, interesting story.

The only sad thing is that the film takes so long convincing you how incredible the CG artists are that the pace is almost ground to a halt. And it is here, unfortunately, that the actors fail to sustain any emotional narrative. Not that it is their fault at all! Dane Dehaan is definitely convincing in his performance and Cara Delevingne does an impressive job for a relative newbie. With a veteran like Clive Owen involved, I had hoped that it would be an acting triumph, and Rihanna was extremely convincing in her minor role as well. Had the editor had been more severe, I think this would have been a totally different movie – but I must admit that it would be incredibly hard to strike the right balance between story, character development and incredible imagery.

There are some great ethical lessons to be salvaged from this monstrously long and weighty project. The nature of love is a running theme that is developed more than any character has the chance to (despite the fact that the main characters look more like siblings than lovers). The argument that living under a constructed protocol is harmful to life itself is outworked well – showing how procedure would end up killing all life. A slight nod towards freedom is touched on through Rihanna’s character – who is a trafficked alien that doesn’t have a true identity. Diplomacy is also an arc that is introduced in the first few seconds and lasts till the very end.

The most powerful of all subjects tackled, however, was forgiveness. I don’t know if you have noticed, but many current film narratives are driven by the underlying theme of revenge and justice. Valerian, however, introduces a completely new approach – one that is so disarming it completely throws the modern-day cinemagoer. Affronted with the purity of real forgiveness topples the expectation for revenge and, as noble and incredible as it is, causes everything to be anticlimactic. The message itself rings loud and clear, however, and there are some satisfying punches thrown at the main villain. I think it is just strange to witness a peaceable, prosperous outcome without an emphasis on ultimate justice.

This above observation is not a bad one, however. Watching Valerian is ultimately like tasting a new culture’s food. I just haven’t developed a palate for it. If you are looking for something along the lines of Star Trek meets Marvel, you will leave a little puzzled. But go in ready for a different kind of immersive experience and you will be able to appreciate the absolute intricacy of the world you will witness.