1Africa
Home Culture Tima Reece Back After 9 Years, With “9”! 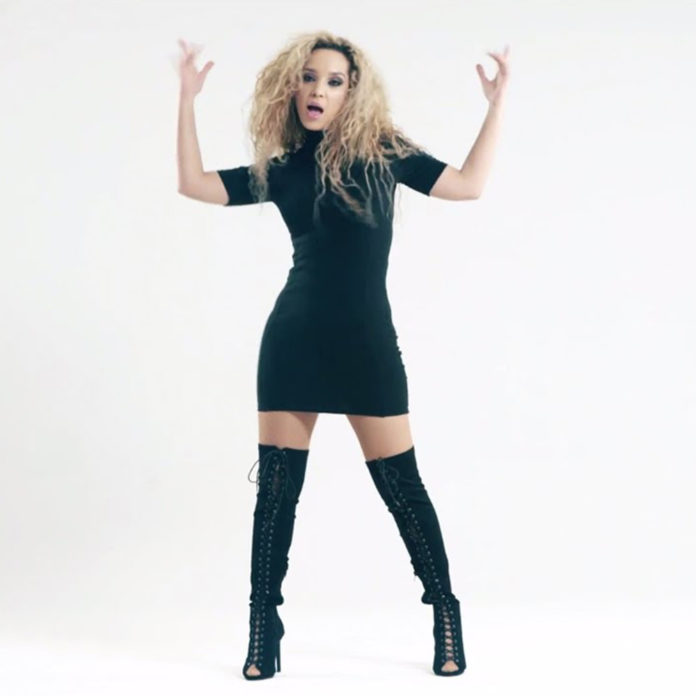 The first word that comes to my mind when I think about Tima Reece, South Africa’s very own number one Pop and R&B princess, who literally has the industry eating out of her hands; because those same hands have played an integral part in nurturing so many, as well as lifting the bar where international standards are concerned.

The veteran recording artist has been part of the South African music industry since the age of 16, recorded her debut album in New York City and London at 18. She was nominated for SAMA’s in the Best Dance Single and Beat R&B Album categories for her single, “Crazy About You,” and album, “My Body’s Crying” respectively, and has been a coach for both Idols SA (plus backing vocalist for the last 8 years) and The Voice SA.

Tima says that if she had to choose to recall one moment where ‘she knew that she knew’ that music was what she wanted most, it would be the moment where her mum entered her into The Shell Road To Fame National Singing Competition at the tender age of … wait for it… 9! It was in front of those couple hundred people when she sang Whitney Houston’s “I Will Always Love You,” that she had what she describes as a “lightbulb moment” – she knew that this is what she wanted to do for the rest of her life!

I had the immense privilege of working with Tima during my stint on The Voice as my vocal coach. I was touched by the beauty of her soul and sincerity of heart, and am so excited that I’ve gotten the chance to now ask her some questions with regards to the launch and release of her much anticipated album, 9.

Eden Myrrh: Tima, thank you so much for taking time out of your schedule for this! Really! You were a part of a unique group of emerging South African musicians not so long ago that really made waves. What do you think sets you apart from your contemporaries/what makes you unique (other than the obvious fact that you’re a female musician)?

Tima Reece: What makes me unique is my ability to successfully merge Pop & R&B without it sounding like two different genres on one album. I have always had a love for Pop music and being exposed to R&B since a very young age, it’s only natural that my sound gravitates both ways.

EM: Everything we’ve spoken about until now took place quite a long time ago, and since then you’ve been slightly hidden – until now, when you’re relaunching yourself as an artist, which is something that you’ve not focused on since the release of your debut album a whole 9 years ago. What have been some of the greatest challenges that you’ve had re-entering into the industry in this specific capacity?

TR: The most challenging thing that I’ve had to face this time around is re-introducing myself, Tima Reece. I was pretty well known in the early 2000’s and most of those fans still remember my music and me. However, because of the long break from the industry as solo artist, there is a whole generation of people who don’t know who I am. I’m now facing having to introduce myself as if I am a new artist – because to most, I am.

EM: That being said, what have been some of your victories? Is it too early to say?

TR: My latest victory is the release of my album “9” and debuting at #10 on the Album chart and #4 on the Pop chart on iTunes.

TR: I could never have done this album without Kurt. He is the backbone & support structure of our family and is invaluable to me. He pushed me through the last 9 years, always encouraging me and believing in me to make this come back. I am who I am because of his love and support – he’s my biggest fan and toughest critic. A strong, loving family is the most important element of success in this business. We all need a reason to do what we do. Mine is definitely for my family and the legacy that I want to leave for my children.

EM: Do you consider multiple streams of income important and if so, how do you implement that in your life as a creative?

TR: Because the music industry in South Africa is quite a small one, I’ve had to delve into more than just singing to sustain a comfortable lifestyle and provide for my family. I do everything from write; sing; produce; vocal coach; sing backing vocals; do vocal sessions etc. I have found that the more you’re able to do, the better chance you have of sustaining a lifestyle you can live off.

EM: I really love that answer! Because I sincerely agree! What are your views on “fame” or rather, being considered “famous”?

TR: Being famous means to be well-known. The more known you are, the higher your level of influence – especially of you’re using that fame to do something good and lasting. As a singer, fame is a useful tool to promote not only your art but also your character: morals; beliefs and your personal passions. You really can influence and change the mindsets of those who need encouragement: help; a positive word or even just a smile with the power of fame. It’s how you use it that counts.

EM: The sound of “9” is quite different to your first project, and I almost want to name influences, but I would prefer that you tell me. What were your influences throughout the duration of this project? What were you listening to? Does what you listen to influence your writing much?

TR: The main influence for “9” was the future of my children. I didn’t want my kids to use me as their poster girl for failure so I had to get up out of the background and step forward with bravery and courage to teach them that it doesn’t matter how many times we fail, what matters is how many times we keep pushing forward and try again.

I listen to a whole lot of music, from Aaliyah to Tinashe; Blackstreet to Justin Bieber; Michael Buble to Barry Manilow. However, when I’m working on my own music. I try not to listen to other artists so that I keep my music original. I find that when I’m listening to too many artists, their sound starts to creep into mine so I prefer not to.

I write from my heart and from what I’m experiencing at the time, either my own personal experiences or those around me. My songs have to be real to me, not someone else’s songs put into my own words. I try not to allow other music to influence my songwriting process.

EM: Can you let us into your writing journey?

TR: I sit with Kurt and Llewellyn, my producers, while they’re coming up with music and arrangement. I then take the raw skeleton of their production and sit by myself in the studio coming up with melodies first. Lyrics come after that. Once I’m happy with what I’ve come up with, I let them hear it – they give me the nod or the shrug and then it’s back to the drawing board. I write until it feels right.

EM: What specific message, if any, did you want to put out through this offering – to new and old fans alike?

TR: The message of “9” is one of love. Every song’s essence is love – whether love lost or gained; love betrayed or love reciprocated; love wasted or love shared. It’s a love story painted with the brushes of melodies and lyrics.

EM: Thank you so much for your time!

When I asked Tima, what her end game was, she said that there was never one, just the desire to get better, and do better than the last!

Why don’t you find out more about here and her music by clicking on the link to her website, where you can hover over different details on the page to see some more, very interesting, facts about her life as a recording artist!