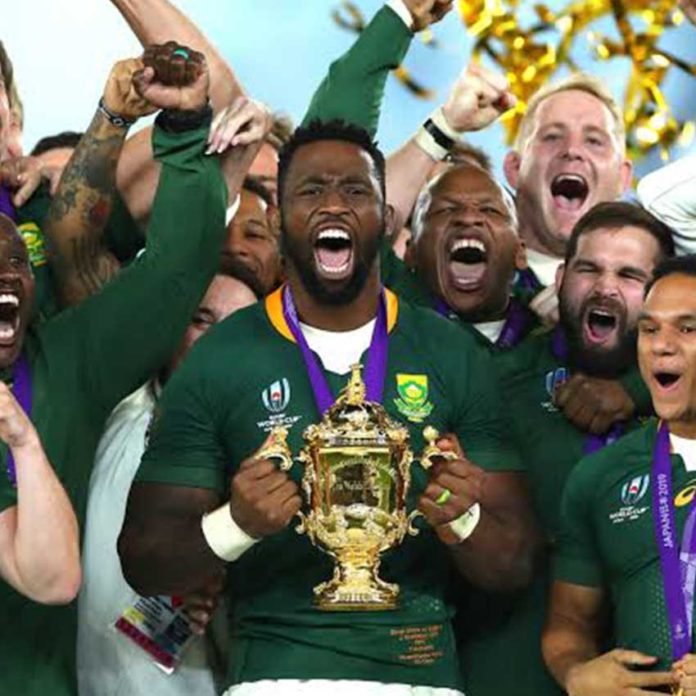 The South African Springboks first hosted and made their rugby debut in 1995, where the Springboks defeated All Blacks (New Zealand) 15-12. This moment is recorded as one of the greatest moments in South Africa’s sporting history

Winning the Rugby World Cup in 2019 has given more than 57 million South Africans the unique opportunity to unite as a nation and celebrate the excellent sportsmanship, talent and sheer resilience found in a country, which has been plagued with social ills over the past years. It has also provided the country with a golden opportunity to unite in addressing deep growing economic, financial and social challenges.

South Africa is now considered as one of Rugby’s most elite nations securing three world cup titles. The country’s victory is inspiring and there are a few great lessons we can take from this win.

The Springboks went into Japan as the underdogs against an England team that played a sterling game against the legendary All Blacks in the semi-finals. This was undoubtedly a great challenge faced by the team. Not only was this challenging, but it was also intimidating. In spite of what they knew about their opponents, in spite of what they had witnessed in the semi-finals, they still performed, gave it their all and won in the end.

After England ended the All Black’s eight-year reign in the semi-finals, it was predicted that a tough game was on the cards for the Springboks in the final and yet again the Boks gave a colossal performance of sheer resilience in pursuing the victory. They struck the minute the opportunity arose and never backed down.

This time around, the Springboks was led by Siya Kolisi, the first black player to captain a South African Rugby squad. Siya grew up in the impoverished township of Zwide and was watched during the match by his father, who had never flown before. This proves just how true the saying is that where you come from does not have to be your ending. With the right level of determination and willingness to grow, you can overcome anything.

South Africa still faces various challenges economically, politically and socially, but the Springboks victory in the 2019 Rugby World Cup has inspired fresh and positive energy into the nation. South Africa is filled with hope, filled with faith and for now, as they live in the afterglow of this victory, there is so much to look forward to in this Majestic country.