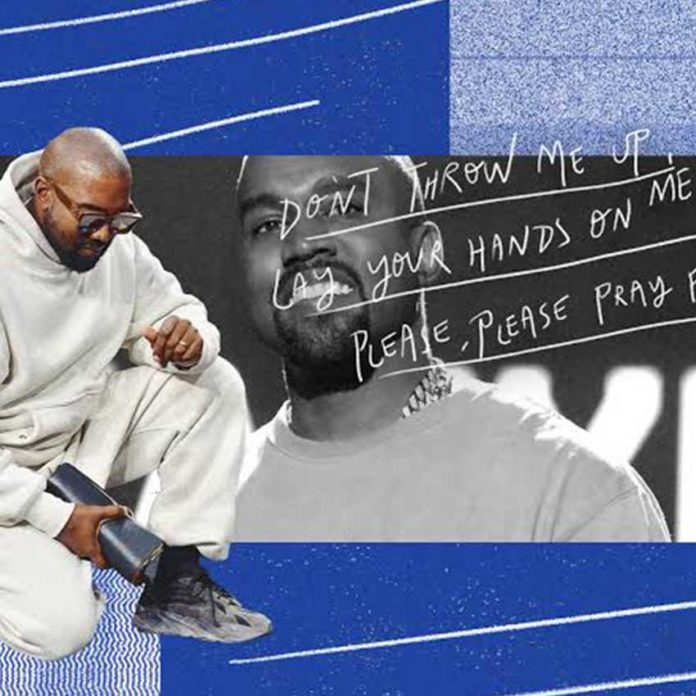 The past few weeks in the media have been absolutely dominated by one name: Jesus. But as much as many have prayed, believed and hoped for this to be the case – hardly any would have imagined it would have happened the way it has. Even I wrote a reserved article about Kanye’s Sunday Services on this platform – pointing out that it wasn’t specifically a church. But things have developed significantly since then – most notably the album Jesus Is King dropping on the 25th of October.

While there were maybe still some reservations, a significant moment transpired recently when Joel Osteen – one of the most widely known voices of American Christianity today – had a conversation onstage with Ye at his sixteen-thousand-seater church on Sunday morning. The very fact that he was on the stage with the pastor was a massive endorsement, but what took place after that was something that is hard to ignore.

If anyone knows Kanye, they would know first that he is definitely still himself. He still mentions being the greatest artist of all time, but also his mental breakdown, his stream of consciousness and speaks about his projects.

BUT it is also very clear something has shifted in Kanye’s life. One of the first things he declares is that there is only one superstar: Jesus. Continuing to mention issues with how people categorise his music. He also declares that he’s doing everything in service to God, before speaking about how he had once been deceived by the trappings of fame and the media.

Now many would still want to question what’s really going on. It is very sad that Christians can be known for their judgement and condemnation – Kanye preempted the polarising effect his album would have in his lyric – they’ll be the first one to judge me. But in the context of what we believe as Christians, the authenticity should not be a concern. Jesus himself never demonised a person for their sin. He only confronted those who claimed to be what they were not. And if that be the case with Kanye, it is God and God alone who can judge that.

While thinking about this phenomenon – where the ‘secular’ world is literally being turned around by the declaration of Jesus – I was reminded of when Jesus says:

“Everyone who acknowledges me before men, I will acknowledge before my father in heaven” Matthew 10:32

No matter what the motive, you can at least acknowledge that Kanye is acknowledging Christ as King in the very title – one that has been broadcast across Instagram, streaming platforms and Times Square to millions of people!

The Bible also has an account of Paul speaking about people who were declaring the message of Jesus – and how some were questioning the reason why they were doing so. His response was simple – and should define every Christian’s response:

“What does it matter? The important thing is that in every way, whatever the motive may be, Christ is preached. And because of this, I rejoice!” Phillippians 1:18

Ultimately if Christians were going to judge, there is only one criteria by which Jesus allows anyone to judge another. And that is by their ‘fruit’ – or the visible impact of their actions. In the past Kanye’s influence has been questionable, but in recent days he has sold out arenas, publicly declaring the name of Jesus above his own and in one meeting saw over 1000 people respond to the message of Jesus’ love and sacrifice.

If you are reading this and you have been impacted by Kanye’s latest music, I want to encourage you – don’t let anyone (Christian or not) take away from the message Ye is trying to convey. Listen for yourself. Think for yourself. And maybe consider the possibility that if Kanye could truly and authentically change, maybe you could as well. But this kind of transformation is not simply some PR rebranding or ‘reinvention’ – it’s way deeper. There is actual substance to the power of Jesus Christ. If you truly honour him as the head and director of your life and accept his invitation to have a relationship with him – then everything shifts!

No man is perfect. Kanye admits himself that he is not. But that should never stop someone from receiving the love of Jesus. In fact, our brokenness is why Jesus died and rose again. So that death would not be in the way of you getting close to God.