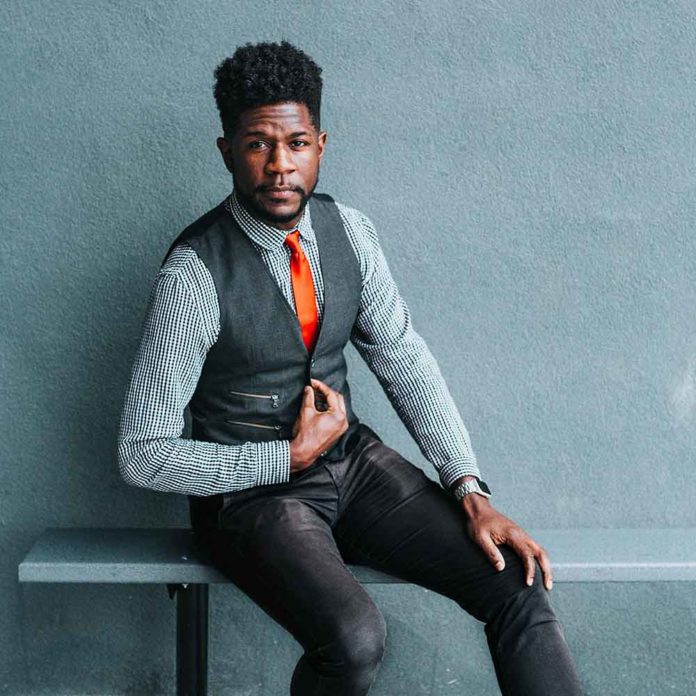 I don’t know if you have noticed, but the world seems to be getting crazier by the day. In a time when there has been such significant advancement in thought, creativity, technology and policy – we are thinking our way ‘off the page’ of life. Popular culture, combined with ethnic culture and personal experience has conditioned us to believe and behave in ways that would have been considered very strange two generations ago. But here we are. We are living in a generation that wants to care about everything – but also in one that is living with the consequences of centuries of injustice and pain.

One area that this has been evident for me is my masculinity. To be a little vulnerable, I grew up loving creativity in all its forms – from dance through to fashion design. My sensitivity to the world around me and some other destructive elements in my upbringing had resulted in my sexuality being questioned by (so-called) friends. If I were simply a product of my surroundings, I would have probably thought that I was not meant to be a man. Or lived at least with a consistent belief that I was not ‘man enough’. But thankfully that is not how I live my life. I don’t believe that you are simply the sum of things that have happened to you, or identified simply by who you associate yourself with. No. I live to influence my world. Not to be influenced by it.

This way of living, however, was not something I simply chose one day. It wasn’t some random realization I had while watching an inspirational sports ad. It comes directly from God’s Word (the Bible). As a Christian, I believe that the Bible has transformative power when applied practically to ones’ life. And there are countless times where the Bible tells us to impact the world, rather than being impacted by it. It’s a change of direction – a proverbial turning of the tide if you will. Because once you begin to allow God and his wisdom to become the source of your life, your surroundings no longer flow into you – you overflow with the goodness of God instead.

So what does God say about manhood? It is a question worth asking – especially as He created man. It’s time to stop guessing and pretending and actually ask the author of masculinity what He intended. It’s important to recognize that popular culture is currently caught in a whirlwind of female emancipation – which is not all completely ungodly. But instead of focusing on what men should not be doing, I believe it’s important to understand who God intended men to be being.

In looking at who God made men to be, I think it is important to look at it in the context of the ultimate relationship with women – marriage. The Bible addresses many things that pertain to all humanity, not just one specific gender. But within a heterosexual relationship we can clearly distinguish God’s intention for us as men. So, drawing from the passage in Ephesians 5:22-33, here are a few attributes of manhood that God made us for:

“Husbands, love your wives, just as Christ loved the church…”

Nope. This is not the first thing you think of when it comes to what culture says a man is. Unfortunately, many of you would not have seen this trait in men at all throughout your lives. But it is the first thing God instructs men to do. And this is no ordinary love either. This is not the heart-shaped chocolate and roses kind of ‘love’. It’s not the sexually flippant, hotheaded kind of ‘love’. This is true love – the standard is how Jesus loves humanity. This kind of love is calculated and intentional. It is unapologetic and inclusive. It is powerful and extremely personal.

“Husbands, love your wives, just as Christ loved the church and gave himself up for her…”

Yes. It might not sound nice. But guys, we were made to go out of the way for the sake of others. As men, I believe God made us tougher not so that we could control and oppress, but so that we could bear hardship on behalf of those around us. Jesus did not die for His own sake. He was already King of everything. He died so that we could live free, full lives – beyond our earthly existence. The cross was a totally unselfish act that saved everyone except Jesus. True manhood is living with that willingness to serve the needs of others and bear the weight for the world around us.

“… just as Christ loved the church and gave himself up for her to make her holy, cleansing her by washing her with water through the word…”

God made man to forgive in action. He intended man to take the brokenness and cast-aside things of this world and make them beautiful. Part of this is seeing the potential in those that haven’t been noticed. Jesus saw the incredible possibilities of humanity restored to God, and in that was willing to sacrifice so that he could eradicate our shame and make us our best selves again. Men were made to take the mess of the world and make it beautiful – to take what has been tarnished and make it beautiful. The verse carries on:

“… and to present her to himself as a radiant church, without stain or wrinkle or any other blemish, but holy and blameless.”

The ultimate example of masculinity in the Bible will always be Jesus. He was fully God, but fully human as well. And so the way he lived, spoke, died and resurrected should be the model for how all men should live. But in order for any man to truly understand who God created him to be, he first needs to know the ultimate man himself. Jesus died and rose again so that you could be the best man you could ever be. I know it seems a little ‘out there’, but if you choose to accept that Jesus died for you to be made whole, and then rose from the dead – conquering it so that it no longer could demand your soul, you will meet the very personhood of Jesus. My life changed when I made that decision. And I am a much better man because of it.