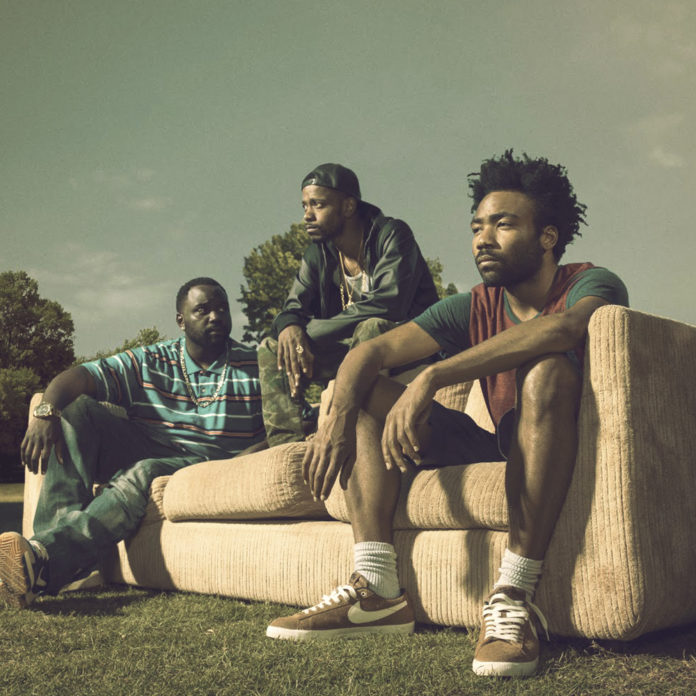 Yes, right before exams – and for some of us, final exams – we’re faced with this temptation. Anyway, it was Jesus who said that he’d never give us more than we can carry, and that’s why I’d like to put it to you that if you’re going to watch anything of the series nature that it would be Atlanta.

New to the FX network and the brain child of, rapper (Childish Gambino) / singer / producer / actor / writer and comedian, Donald Glover – who I also consider a creative genius – Atlanta follows the life of aspiring rapper Alfred Miles, who, like so many other ‘young’un’s’ in ATL are trying to make a name for themselves.

Miles’ cousin, Earn (Glover) gets caught up in it all after returning to ATL, and attempts to use his skill as a visionary to become Miles’ manager and take him to the next level.

Even though “Earnest Earn” is a visionary, and tries to be the most ‘fire’ manager for his cousin, he struggles to execute the vision that he has for his family, and battles to be a good enough partner, to the love of his life and best friend, Vanessa (Van) and father to their child.

Already 8 – comedy length – episodes in, the series attempts to address serious issues such as family life, diversity: growing up black, the struggles, the joys… It’s honest, intimate sincerity has won even the toughest critics over.

As a ready-made fan of all of Glover’s work since Community, I had high hopes since first seeing the show’s trailer shared by friends of mine who themselves stay in Atlanta. It wasn’t only the aesthetic but also Glover’s unfailing off-center comedic-genius that I looked forward to.

No, you will not be laughing from the get go, but, your heart-strings will be pulled. You will empathize with the  characters and the people around them while seeing the similarities between their lives and your own. And if you’re anything like me, you will be won over.

The show isn’t trying to sell you dreams by showing you rich recording artists and their debauchery (crazy parties with a whole lot of booze, women and drugs)… no. It’s about normal people trying to catch a break in life. Trying, trying – so hard.

I told as many people as I knew would appreciate it about the show as soon as I watched it, and some of them became such mega fans that they are now reminding me about the show every Tuesday.

The almost desperate nature of the lives of the characters to make something of themselves and to realize/fulfill an ideal, reminded me of the desperate nature that I see around me in a lot of the communities that I have lived, worked, played in, and see my families and friends in today.

There is a lifestyle that lot of artists/celebrities/the people we see on Instagram sell (all of them privileged – no matter the colour) through their art (music and lifestyle) is not only scary, but also dishonest, as many of them don’t ‘do’ what they ‘say’ – they only pretend to.

The emergence of this, particularly in music (many years ago) plays a huge part in creating cycles of violence, fornication and frivolity that are a force to be reckoned with. Yes, I agree that there are many other factors that come into play when it comes to our communities (for example racial discrimination), but they are not our focus now.

In Atlanta they sell drugs to fund a gift that they know they have but don’t see any other way to invest in it. In Cape Town, they live and die for the same and more.

I always keep on coming back to John 10:10 because it’s that GOOD! While there is a thief that approaches with malicious intent, looking to steal, slaughter (and we see it happening) and destroy, there is Jesus who came to give life in ABUNDANCE. That abundant life, should as much as it can, be expressed through our art, daily living and more. The world needs it.

If I’ve peaked your interest, why don’t you click on the banner below to learn more?