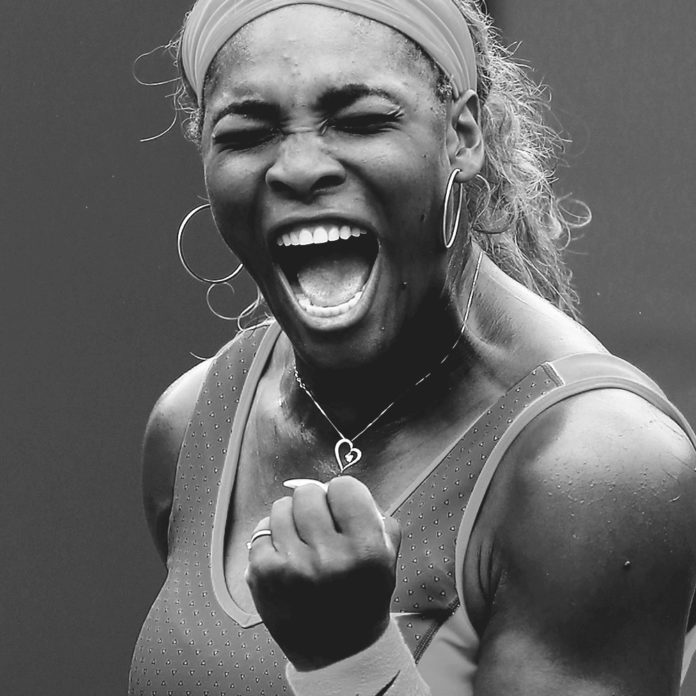 Serena Williams beat Spain’s Garbine Muguruza to win Wimbledon for the sixth time and complete the ‘Serena Slam’ as the holder of all four major titles.

Williams withstood a late fightback from 20th seed Muguruza, 21, to come through in one hour and 23 minutes.

She will head to the US Open next month aiming to complete the first calendar year Grand Slam of her career.

Muguruza was playing in her first Grand Slam final and took a 4-2 lead, before giving the top seed a mighty scare by battling back from a set and 5-1 down with two breaks of serve.

She could not quite complete the comeback, however, with an error-strewn service game setting up Williams to clinch a landmark win when the Spaniard found the tramlines.

“There was definitely pressure towards the end,” said Williams, who also completed the ‘Serena Slam’ in 2003.

“Garbine started playing really well and I just had to think to stay out there and work really hard.

“I am having so much fun out on the court. Everyday is a pleasure to be playing and winning Wimbledon.”

Williams, who turns 34 next month, replaces Martina Navratilova as the oldest Wimbledon champion in the open era, and the nine-time winner was among several former champions watching history made from the Royal Box.