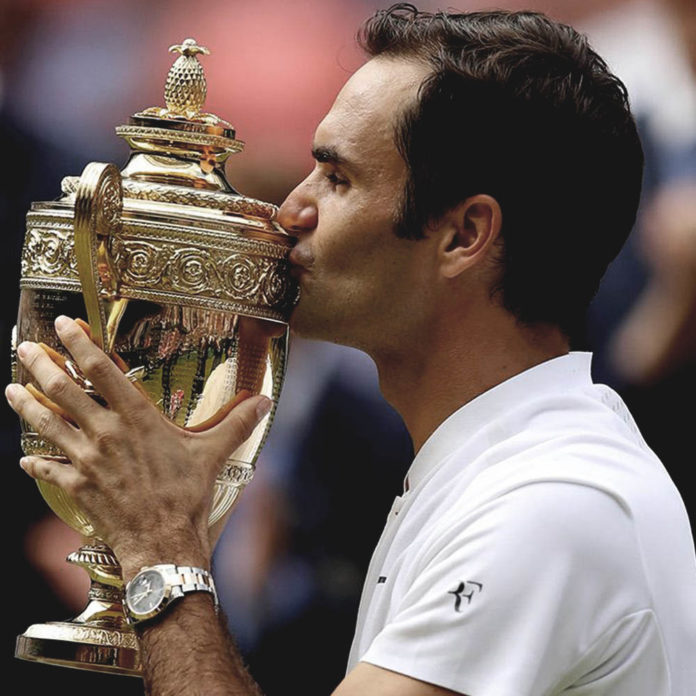 Swiss tennis sensation Roger Federer has made history, winning his eighth Wimbledon title – the most by any male in the history of the tournament.

The victory not only gives Federer his 8th Wimbledon title, but takes his Grand Slam title tally to 19.

The win also moves Federer past both Pete Sampras and William Renshaw, who each won seven titles at the grass-court major, for the most men’s titles in the history of the event which was first held in 1877.

There were a few surprises at this year’s competition at the All England Club with favorites such as Andy Murray, Novak Djokovic and the ‘King of the Clay’ Rafael Nadal all missing out on their opportunity for the title at early stages of the tournament.

Murray had been struggling with an injury as he was seen limping at times, even after his match with Querrey.

While Djokovic also struggled with injuries, and making the decision to retire injured during his match with Tomas Berdych. He has received treatment for his right elbow but decided to throw in the towel to avoid exacerbating the problem.

Federer will no doubt cherish the title.

Federer, 35, became the oldest champion at the All England Club, and he won his second Grand Slam of the year in impeccable fashion by not dropping a set throughout the two-week run.