1Africa
Home Faith Playing as part of a team 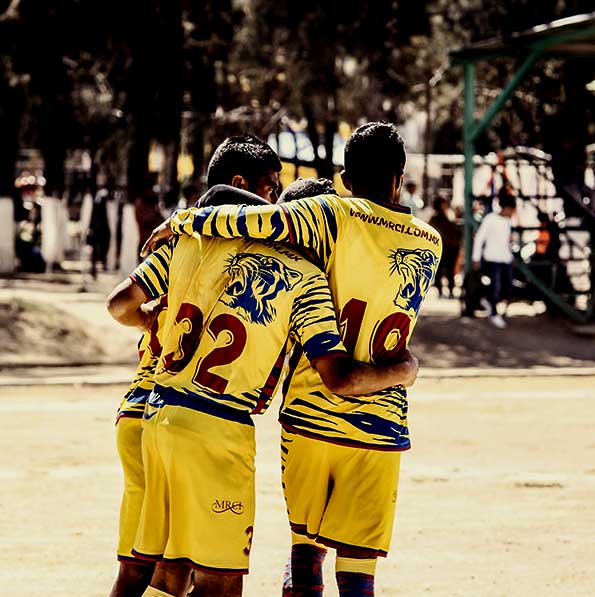 It was going to be the goal of the century.

And I was going to be the hero.

I had just dribbled past the last couple of opponents in the crucial final minutes of our five-a-side game and was about to take an epic shot at goal.

I could practically see the guys carrying me off the field on their shoulders.

The only thing between me and minor league glory was the mildly annoying opposing goalie – a lazy-ish dude from the ‘burbs who looked like he would be more at home on a couch playing Fifa 19. Hands as big as spades, though.

I lined up the shot. Spadehands stood to attention. I kicked.

It all played out as if in slow motion: The ball sailed through the air. Impressively. Spadehands, shuffling to the side a bit, reached out to the ball like a slacker trying to get to the remote. And then it happened: He managed to nick it, ever so slightly – just enough to push it out of its trajectory, just past the left post.

I had missed. Game over.

It was only after I had missed the shot that I noticed my teammate standing there, close to the goal posts to the right of the goalie – perfectly positioned to score the winning goal. It would have been a simple pass, and he would most probably have put it away spectacularly. He looked right through me with his laser eyes.

I had been so focused on scoring that I’d forgotten that I’m part of a team.

Without getting too dramatic here… I learnt something valuable that day about life. Not just about being part of a team, but about how much I needed a team around me.

Here’s the deal: None of us are in this alone. Whether it’s five-a-side football or the game of life, you’re not getting anywhere without a team. You weren’t meant to. It’s as simple as that.

Wanna be a hero? You’re gonna need a team.

Wanna get somewhere in life? You’re gonna need a team.

Wanna do something meaningful? You’re gonna need a team.

What does that team look like, though? It differs for all of us.

Some of us have awesome parents – they’re loving; maybe even involved. Do me a solid: Listen to them. Love them back. Because some people would give everything to have a loving mom and dad on their team – but they don’t. The least you can do is to appreciate yours.

Some of us also have a great team of friends around us, and that is, once again, not something you should take for granted. Make time for them; be a good friend. If you’re the sad-and-lonely type, get out there today. You’re not getting anywhere in life without some good people to look out for you.

Of course, you’ll also need mentors on your team. People who have gone before you; who are wiser than you; who care enough to be there for you. Don’t have one? Reach out to someone you trust and respect today. Chances are they’d love the opportunity to help!

Bottom line? We all need a team – even though that may look different for each of us.

But there’s one non-negotiable member on my team that should be on yours as well. You might even call him Head Coach: That someone is God.

Hear me out before you switch off: For too long, I figured that I’d make it without him. I tried my best. I gave it my all. But even when I celebrated successes along the way, the game of life felt empty. Don’t get me wrong – I scored from time to time… but it all felt purposeless.

That is until I decided to say yes to Jesus and live my life for a higher purpose – to play the game that the Head Coach had intended for me all along. It’s funny how things fall into place when you’re following the game plan…

Having Jesus on my team made a difference in ways I didn’t expect: It’s not like everything worked out right all of a sudden. But even when things did go horribly wrong, I was strangely at peace. Having the Head Coach on my team changed everything: rather than just playing the game, I knew why I was playing the game in the first place.

So yes, go build that team of yours… but make sure you fill the Head Coach position first.

Want to know more about Jesus and why you need him as Head Coach? Click on the banner below and chat to us.