1Africa
Home Faith Overcoming the odds and beating your ‘Goliath’ 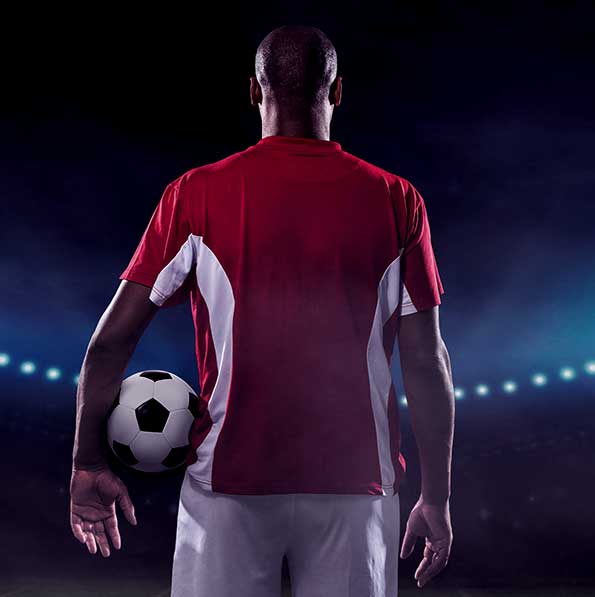 Of the great World Cup footballing upsets, the opening group game of the 1990 World Cup Finals stays long in the memory for being one of the greatest footballing giant-slayings of all time. With only 9 men on the field – Cameroon defeated the then reigning Champions – Argentina – in a thrilling 1-0 victory that had more twists and turns than the dancing hips of Cameroon’s Roger Milla’s goal celebration. More recently, Russia achieved a similar achievement when, against all odds, they beat Spain on penalties to advance to the quarter-finals of the 2018 World Cup. Even though Russia at the start of the campaign were ranked only #65 in the world and Spain were regarded as one of the teams that were favourites to lift the trophy. Faced with the certainty of defeat, Cameroon and Russia showed that despite impossible odds – overcoming was possible. What is certain is that our lives reflect football at times, in the same way.

What huge test or opponent do you face right now? It might be a problem at work, with health, a big disappointment or huge odds that are loaded against you to overcome or succeed. Life is certainly full of challenges and there are few adults that don’t have an issue right now that either keeps them awake at night or focuses their minds so greatly to understand how to come out on top.

When I was a child, under the supervision of my parents, I felt safe and was protected on all sides. Problems were rare, and they were generally resolved by my parents. Such things I was usually, blissfully unaware of. However, only now as an adult and a Father can I appreciate how tough things must have been for them at times.  When problems seem enormous how do you view them and what help do you seek?

In the Bible, David overcame the great giant – Goliath – of the Philistines Army; when he took a sling and aimed a stone that struck the giant’s forehead – killing him instantly. Until then, not one of the Israelite soldiers dared to take on Goliath, as it meant certain death to attempt to. However, David (who was only a shepherd at the time) knew God and believed that the battle was all His. You see David knew that he himself was no match for the huge challenge that faced him, but he knew that God was much bigger than anything else and that He could be trusted.

Today we often refer to “slaying our own Goliath” when we overcome something that is so big it seemed dreadful at the time.  Many people report that they have beaten a serious illness or won a court case that was so unjust that victory seemed impossible. What is certain is that each person will face their own Goliath in one form or another in this life. What then? Who can we turn to when faced with a bad report from the hospital that looks hopeless or a predicament that looks set to end in failure.

Many people put their faith in doctors and quite rightly so, as they do wonderful work to help people to recover; though even doctors will freely admit that they can only work with nature to help cure a person. In other cases, people turn to alternative medicine that is often untested, and the long-term side effects are unknown. Others, however, turn to Jesus, because he is an immediate comfort in any situation. Just the act of talking to Him can lift the burden when it is too heavy for anyone else to carry.

Jesus said, “Come to me, all you who are weary and burdened, and I will give you rest.”

When we cry out to Jesus with a sincere heart, he hears us and is immediately moved by compassion to start building around us all the comfort, help and perseverance that we need to overcome our challenge.

It says in the book of Psalms, of the Bible to “Call upon Me [God] in the day of trouble and I shall rescue you”

It is only when we turn to Jesus and we put our total trust in Him that calls Him to action. When He is on our side, mountains move, and the seas part. Faith in Jesus is our part of the deal, but it is His strength and favour, that defeats the giants that we would have no hope of overcoming on our own. David knew this, he trusted God and down came the giant.

If you would like to know how you can have a relationship with Jesus and to know how He can help you when faced with life’s big challenges, please click on the link.  We would love to have that conversation with you.