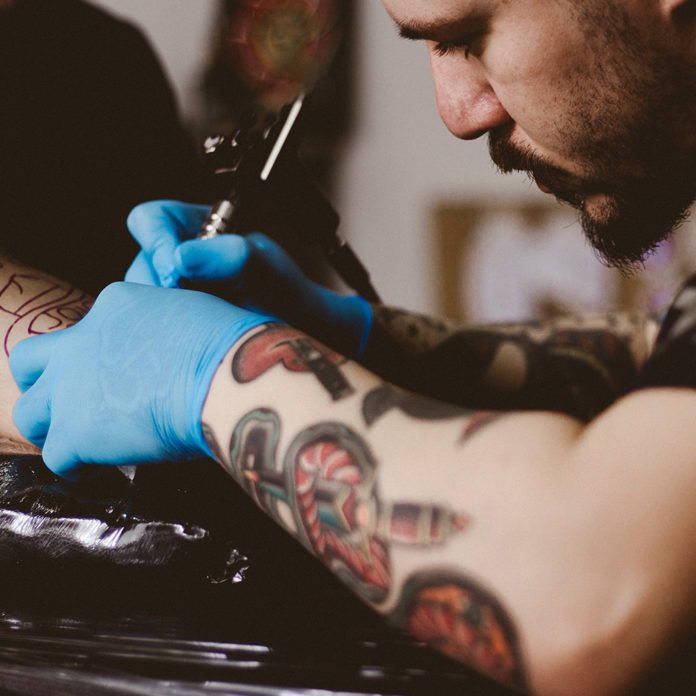 It’s the age of the Internet. Meme’s make their rounds faster than you can say “poppy-sprinkle, do-winkle,” and so before I knew it, I was seeing the meme of a guy – chest bare, with a tattoo across his chest that said, “No Ragrets” EVERYWHERE. Poor man. Everyone who reads it knows what is wrong immediately. It’s supposed to be, “NO REGRETS!”

The meme obviously became a running joke between sisters, my friends, and me and has been for more than a year. It also became something that we say when we really mean that we regret something.

For example, like the day I found the Charles & Keith factory store and bought shoes without even thinking because the price was so low and this was a miracle. I couldn’t stop saying “No Ragrets” all the way to the car, while I walked around my house in the new shoes, and in my head when I wore them even though knew that I was going to be broke for the next two weeks because of them.

feel sad, repentant, or disappointed over (something that one has done or failed to do): she immediately regretted her words | [ with clause ] : I always regretted that I never trained.

What a horrible way to live – disappointed over something that you’ve done or that you have failed to do – and yet, that is how many of us live our lives.

Although the year has just started it’s too easy to already start making excuses for why we can’t achieve the goals that we’ve set out to achieve. And, boy do we need those goals! One of the distinctive qualities of becoming successful in any aspect of life is having goals.

One of my friends told me that he was being trained by a very great businessman, and on the first day they met, the man told my friend to tell him what his goals were. My friend fumbled around a little bit and the man saw that, immediately going on to say that without goals, he would be able to predict to the cent what his bank account balance is in five years. He had been right about this before.

People with goals instantly add value to their life. Goals are VISION! And vision enables us to see! You know this if you have eyes.

Not so long ago, my dad, a local pastor got a call at 11pm from one of our cell leaders to say that one of the young adult’s in our church had been stabbed in his face and lost one of his eyes in the process! How horrible! All I couldn’t think about was his lost vision!

“Any enterprise is built by wise planning, and becomes strong through common sense, and profits wonderfully by keeping abreast of the facts…”

Where there is no vision from God, the people run wild, but those who adhere to God’s instruction know genuine happiness.

That’s it, having vision – God’s vision: God’s sight, his way of doing things, his rollout for your life – gives you GENUINE HAPPINESS and doesn’t leave you with regrets!

Therefore, all you need to do is to eradicate excuses from your life!

You can start by eradicating any excuse you might have made before that stopped you from having a relationship with God. If you need some help with that, why don’t you click on the banner below?

If you click on it, I can promise that you’ll have “No Ragrets.”