1Africa
Home Culture NBA Finals – Warriors are one win away 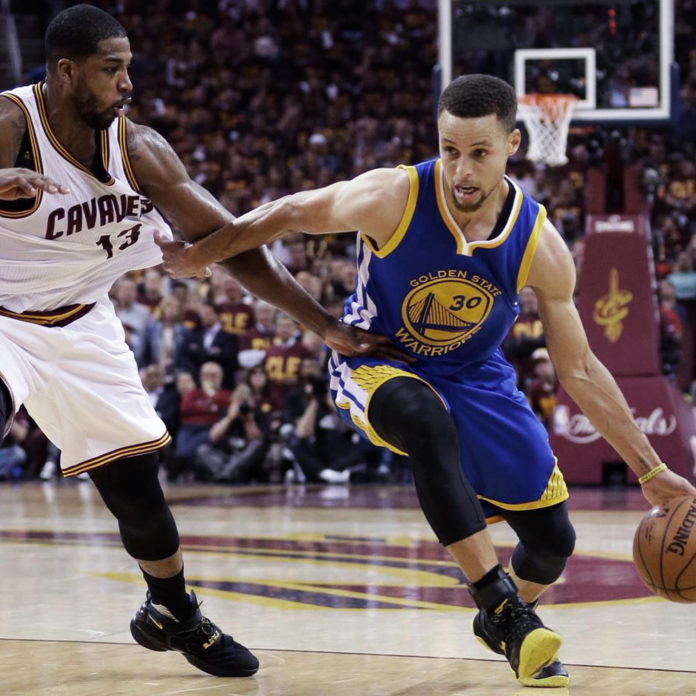 At the risk of jinxing it before it’s confirmed – it is safe to say Golden State Warriors may well be the NBA Champions of 2017.

The Warriors defeated Lebron James’ Cleveland Cavaliers in game 3 of the seven match final series on Wednesday night with 118 to 113.

A season after setting the NBA record with 73 wins in a regular season, Golden State became the first team in the four major professional sports leagues to go 15-0 in the postseason.

Wednesday night’s victory means also the Warriors are just one win away from being the NBA champions of 2017, they would win the series 4 – 0.

Of course there is always the possibility of a come-back by the Cavaliers – this is not new terrain from them.

Last year, in the same finals series, they came back from being 3 – 0 to the Warriors, levelled the series, and eventually winning it.

However, things are slightly different this year.

The Warriors have the additional fire-power of former MVP – and potential finals MVP – Kevin Durant, who has been putting on an impressive show so far.

Durant has proven to be almost impossible to guard – making some of the most difficult shots while being guarded by arguably one of the greatest players to ever play the game, Lebron James.

KD has added a different dynamic to this year’s finals. He led the charge in game 3 with 31 points.

His presence has taken the pressure off Steph Curry and Klay Thompson to keep delivering on the scoreboard.

Meanwhile much of the discussion in this finals series has been whether Lebron James is experiencing some level of fatigue.

Commentators in Game 2 pointed out that towards the end of the game, Lebron looked tired. Of course he denied this going into Game 3, but his nemesis Draymond Green immediately countered James’ response after Game 3. In Draymond’s words: “I caught Lebron walking off at the end of the third quarter and you can just tell that he’s exhausted…he was letting Kyrie go to work, trying to catch his breath”.

In truth, if James is feeling the pressure of playing against this team with “the most firepower I’ve played against in my career,” as he put it, it may not be enough for him and Kyrie Irving to counter.

Game 4 will be played tomorrow night Saturday (10 June 2017) – and if the Warriors play the kind of ball they’ve been playing, they will be the new NBA Champions!