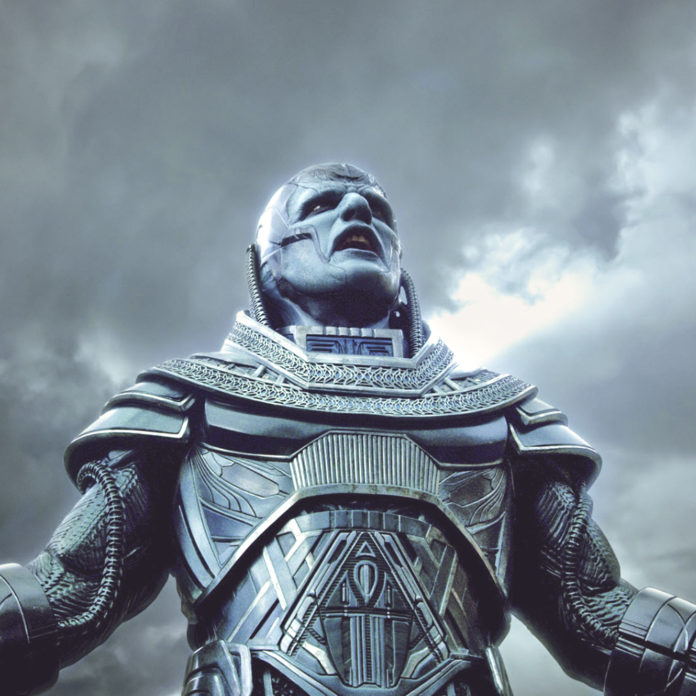 If there’s anything that any comic fan has to be used to, it is the endless amount of reboots. Just when you love a hero, a villain, a love-interest, a story line and the actors (actresses) they chose to fit those roles, they reboot – endlessly. Which brings me to the latest reboot and ninth installment in the X-Men film series.

It’s been quite a bit of time since X-Men Apocalypse premiered in London on the 9th of May 2016, bringing in $543,4 million at the box-office. Yes, it brought in significantly less as the sequel to X-Men: Days Of Future Past (around $200 million less), but it’s more than safe to say the film didn’t disappoint as much where the story line is concerned – one of my main reasons for being so nervous and taking so long to actually see it!

Amazing performances by James McAvoy, Michael Fassbender, and Jennifer Lawrence (best role she ever had other than “Joy”) amongst others brought life to the story that was conceived by director Bryan Singer, Michael Dougherty, and Dan Harris.

Although they could have done better in the way of casting the new Jean Grey, Sophie Turner (it’s super hard to love anyone after Famke Janssen) could have tried a bit harder for better continuity, and at least given teen superhero Jubilee a scene where she showed us her cool powers. Comic relief was given in the form of a lot of tied up loose ends, and the magnificent Nightcrawler.

Inspired by the X-Factor storyline, Fall of The Mutants, and the Ultimate X-Men’s Apocalypse arc, the story is about an ancient mutant (the first), En Sabah Nur (Apocalypse) who wakes up in 1983 and decides that he wants to wipe out modern civilisation and try to… well, duh, take over the world…

The first thing he does is go on a mission to look for four henchmen to run around with him and eventually, at the very end, fight. These henchmen, rather than resembling the biblical four horsemen of the apocalypse (which we were all so quick to assume when watching the trailers), were actually designed to resemble the four factions that are typically found in a cult: Military (Archangel), Politics (Magneto), Sex (Psylocke!), and Youth (Storm). Super interesting!

En Sabah Nur is one of the most powerful beings that we’ve ever seen in a mutant and it was exciting to watch his powers unfold as the story does. What does become tiring though, is how often he has to convince the rest of the mutants that he is “god”, and their father.

Apocalypse (En Sabah Nur) was in a deep sleep, only to have to be incidentally awakened after many years (read: thousands) by Agent Moira MacTaggert. After waking up he has no idea what has happened on the earth and has to “learn” about modern civilisation through the television… What happened to “all-knowing”? Umm… awkward.

Later, in a successful attempt to recruit Magneto, Apocalypse takes him to the concentration camp where it all began (we see the full story in X-Men: The Last Stand). He tells Magneto to feed on his anger and “shows” him that he has much more power than he realises. Magneto asks Apocalypse where he was when he was going through enormous amounts of pain as a child and throughout his life, and disappointingly, Apocalypse replies with the following, “I was sleeping…”

Lastly, when Charles Xavier uses Cerebro to find Magneto, Apocalypse senses him “in his head” and experiences power like he never has before. He then decides to go after Dr. X and force him to join his squad so that he can take his gifts. Dr. X refuses and Apocalypse decides to use force against him.

Now firstly, I don’t know about you, but I can’t trust a God that sleeps. When I was a kid, I used to have terrible nightmares for many years, and if there was one comforting fact it was that God never sleeps:

“The True God never sleeps and always resides in the city of joy; He makes it unstoppable, unshakable. When it awakes at dawn, the True God has already been at work.” – Psalm 46:5

“What a relief! The One who watches over Israel never leaves for rest or sleep.” – Psalm 121:4

And… what kind of father takes gifts away from his children because he doesn’t have them himself? That sounds more like something that the biggest bully on the primary school playground would do.

“Some of you are fathers, so ask yourselves this: if your son comes up to you and asks for a fish for dinner, will you give him a snake instead? If your boy wants an egg to eat, will you give him a scorpion? Look, all of you are flawed in so many ways, yet in spite of all your faults, you know how to give good gifts to your children. How much more will your Father in heaven give the Holy Spirit to all who ask?” – Luke 11:11

Do you ever think that the reason why a lot of us are so jaded is because we maybe walk around with the idea that God is like Apocalypse? That he doesn’t already see us as good enough; that we have to work super hard to be accepted; that we should punish ourselves with things that we don’t enjoy because we aren’t worth enjoyable experiences; that he’s here to take away the best of what we have and that he was sleeping when bad things were happening to us… when in fact the opposite is true: We are infinitely loved far beyond what we could ever realise and nothing that we’ve done or could do can change that!

I find myself falling into the trap of bad thinking far too often and have to remind myself of my actual identity on a daily basis.

If you dare to learn a bit more and dig a bit deeper why don’t you click on the banner below?