1Africa
Home Culture Martin Luther King: I Have A Dream 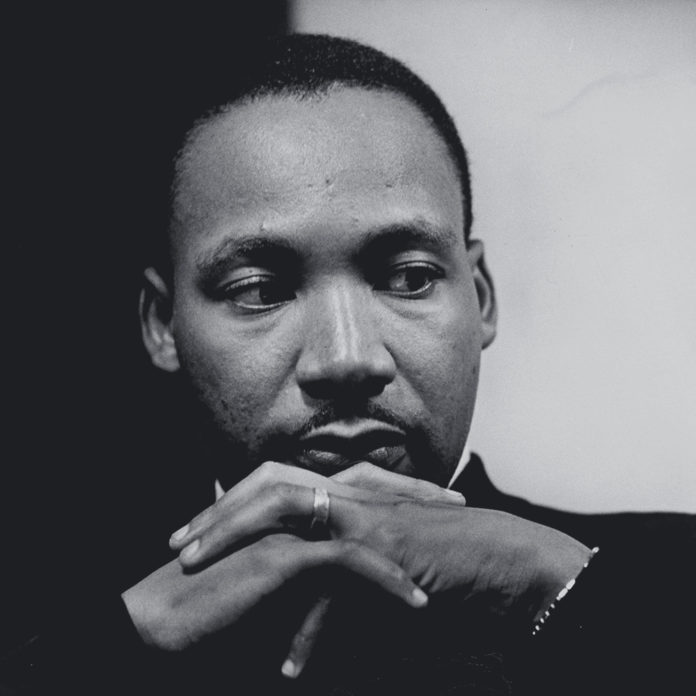 The address was considered a defining moment in the civil rights movement.

The legendary ‘I Have a Dream’ portion of the speech was partly improvised after American gospel singer Mahalia Jackson shouted: “Tell them about the dream, Martin!”

His powerful close “to let freedom ring” still resonates today and inspires those who are moved by his dream.

I am happy to join with you today in what will go down in history as the greatest demonstration for freedom in the history of our nation.

Five score years ago, a great American, in whose symbolic shadow we stand signed the Emancipation Proclamation. This momentous decree came as a great beacon light of hope to millions of Negro slaves who had been seared in the flames of withering injustice. It came as a joyous daybreak to end the long night of captivity.

Here is an extract of his speech:

Martin Luther King Jr. never lived to see his dream fulfilled but it is safe to say that, in many respects, it has come true. Though issues of racism and prejudice still continue to plague the US – and much of the world – today, the United States of Dr. King’s day is not the same as today’s America. What greater proof can there be of this than that the incumbent President of the United States is African-American? It is through the visionary leadership, sacrifice and tenacious hope of men like Martin Luther King that people like Barack Obama, Oprah Winfrey and Jay Z were able to access the opportunities that put them where they are today. It sure does say something profound about the power of a dream. A dream can bring about realities well after it has been birthed. That’s what’s so powerful about it – it has the power to create a reality that looks near impossible in the present. In fact, without a dream or a vision, hope is lost.

Perhaps the greatest dream we can ever talk about is God’s dream – expressed in the Bible and specifically through the death and resurrection of Jesus Christ – to be reconciled to mankind. Because of our wilfulness and disobedience, we have in many ways forsaken this dream but God, in His mercy, has never forsaken us when we call out to Him in sincerity. God has a dream and a plan for you and all you have to do to tap into it is believe and reach out to Him. It’s not about ‘turn or burn’ but about the pursuit of genuine relationship. If something about this post resonates with you and you would like to know more, please click on the banner below.