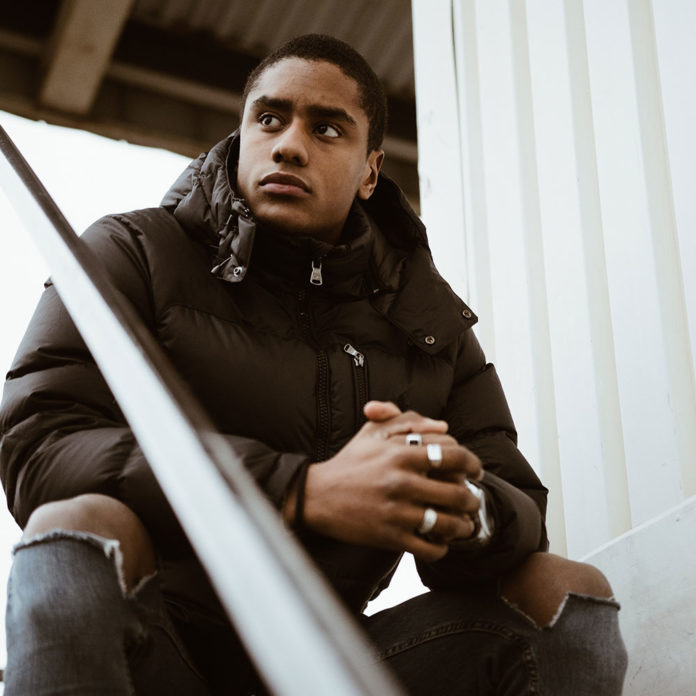 In my previous post, I emphasized how the answer to the end to gender oppression is not simply in empowering women, but also changing the definition of manhood as well. I want to focus specifically on what I have learnt about godly manhood.

Firstly, I want to take a step back from the controversy of this all and tell a bit of my own story. When I was very young, a guy molested me and walked out disappointed – saying that I was “not a man”. Those words and that disappointment completely screwed up my identity for many years – and it has been a hard-fought battle to actually live in the fulness of my sexuality and authority. But I am grateful that I have had to struggle with this area of gender roles and identity because I now have a strong revelation that I could only find in God. So I am in no way ‘preaching’ off of the top of my head when it comes to godly masculinity. It is a very big part of my life that has required extensive introspection, therapy, prayer and Bible study. There have been many opinions that have not stuck in the process. But I want to share what has worked for me.

So here is a few definitions of a godly man:

A godly man is committed to learning

I have found that the best example of godly men are those that are aware that they do not know everything. Being a guy, there is a very strong temptation to be the best – to assert authority and be ‘untouchable’. I know how consuming this can be. I know how destructive it is when we fail. The pride of man is one of the scariest downfalls of humanity. Hell hath no fury like a woman scorned, but expose a prideful man and you will say goodbye to the world you live in. The need to be right has fuelled every war and broken generations. That is not God’s intention.

Men are meant to have authority. But not an empty, external, forced authority. The security of knowing you don’t know everything and couldn’t possibly have life figured out allows you to find strength in others. Being teachable is not a weakness. It means you believe in yourself enough to get over pride and actually build the world around you.

A godly man faces himself

We are very good at esteeming courage and being brave. We want to take on the dragons and conquer the world, but there is no scarier thing than facing yourself. I have to say when it comes to courage, I have seen so many guys too afraid to deal with their pasts and their insecurities. They would rather put on a brave face than actually man up and deal with the root of their problems.

Have you ever taken a step back from your life and actually questioned your actions? Cycles of addiction, problems with self-worth and insecurity and anger issues (to name a few areas) aren’t simply part of who you are – they are results of deep pain and disappointment in our formative years. This world is messed up – and it messes you up. But a godly man doesn’t wallow in the pity of the unfairness of life. He has the courage to stare down the sensitive trigger points in their lives and diffuse them with brutal honesty.

A godly man is ruthless about wholeness. He won’t stop until he has fought to the end of his problems. Many Christians today have tried to apply surface-level solutions to ungodly (presumed manly) behavior. Accountability is simply someone who tells you, “don’t do it, you’re a champion” when it actually needs to be someone who will hound down the root of your emotional dysfunctions and stand with you through every stage of healing. Yes, abusers should be convicted and imprisoned. But they also need to be guided through why they acted out such atrocious evil – which is routed in deep identity crisis.

A godly man challenges himself

There are many reasons to get on with life and be responsible – but only one factor will determine whether you will be consistently successful – discipline. Every other form of motivation will be effective for a moment, but a man who chooses to discipline himself will be a reliable asset whatever the circumstances.

Discipline is a form of conditioning for your soul. Strength only truly counts in tough moments – and while many have gone to great lengths to strengthen their outer appearance, it is sad to see how sickly their inner souls truly are. Discipline is crucial for a man. It is the foundation upon which he (and those around him) can build a life that is not easily shaken.

I have learnt a secret to this characteristic: it doesn’t matter what you discipline yourself in. You can start flexing the self-discipline muscle in any area you like, whether it be in your diet, your schedule, your skillset or relationships. You are guaranteed to feel like abandoning any discipline at some point. But every time you stay committed, you grow an internal credibility that reinforces the rest of your life.

A godly man has an internal conviction

Emphasis on INTERNAL! Any man can find motivation from external sources, but that results in the danger of being influenced more by your surroundings than your beliefs. I have spoken to many guys who are simply living out the dreams of their environments. They are becoming a product of the societal average in their respect fields. People, possessions and attention are all connected to their self-worth, and there is a lack of internal staying-power when it comes to the characteristics that make them unique.

It is sad to hide and suppress your natural gifts and tendencies to fit into a world that measures by standards of wealth and power. I have fallen for it myself and know how vapid and pyrrhic achievements can be when they are not based on internal conviction and unique desire.

Godly men are secure enough to defy the norm – they carry on working out what they believe despite any opposition that surrounds them. They have a stubbornness when it comes to honoring God and others, no matter what may happen to them.

A godly man protects others

Compassion is one of the most manly attributes to possess. Jesus was compassionate enough to take human form – experience all of the awkwardness and injustice of being human, proceeding to death to change it. But the kind of compassion that a godly man possesses goes far beyond a ‘mama bear’ expression. Yes – we are to look after those who are more vulnerable than we are, but we are made to do so much more.

Godly men protect the identities of those around them. Guys are the safeguards who ward off the attacks of those entrusted to them. They are meant to uphold others’ identities – doing everything they can to develop and affirm who people truly are.

No other aspect of manhood has been attacked as much as this one. It has been twisted into a weapon that has torn through society – with fathers being everything from absent to destructive in the role where they were meant to be intentional and constructive. A godly man protects others’ futures and internal joy.

If you have read this list and are thinking that it would be impossible to live up to these standards, don’t worry – at a time I thought they were impossible as well. But we were never made to operate by ourselves. Our lives were always meant to be piloted by two. God is the one that enables you to be the man you were made to be. If you would like to find out more about how he partners with you, helps you deal with your problems, rebuilds your soul and empowers you to affirm others, click on the link below.