Africa has a history of courageous and inspirational leaders. We have a list of individuals who have exemplified the African spirit to overcome adversity, to champion the cause of humanity and to celebrate the importance of community.

We have leaders from Patrice Lumumba, who was a crucial leader in the independence of the Republic of Congo, to Steve Biko, whose voice asserted the importance of affirming self identity in order to overcome evil.  We have seen the likes of Nelson Mandela, Jomo Kenyatta, Kwame Krumah and even modern leaders such as Thabo Mbeki who have embarked on the path of shaping a progressive future for the continent.

It is unfortunate that in modern times, when Africa has so many possibilities, I still hear complaints about how the continent has a lack of leadership and that there is a void in direction and vision in the continent.  In the 21st century we may have overcome the injustices of colonialism and slavery but we still face the obstacles of unstable or corrupt governments, civil war and human rights violations.

Recently the Prime Minister of Tunisia, Hamadi Jebali, resigned after he failed to appoint a new government, resulting in political stability in the country. In the same region, Egypt suffers with similar political turmoil, as protesters continue to gather at Tahrir Square and protest domestic issues relating to government leadership.

Another government which seems to have lost its favour in the public is that of Zimbabwe. One of the many things that have discredited the country’s President Robert Mugabe is that past elections have been marred with irregularities and human rights violations. We could face many other pending cases of non-progressive leadership in Africa, from the Democratic Republic of Congo to Nigeria, Sudan and even ‘progressive’ countries such as Nigeria and South Africa.

However, as much as we might list the problems of Africa, that’s not a solution. The path to an answer lies in the citizens themselves.

The Arab Spring has been an unfortunate example of how the power of citizenship is more important today than it has ever been before.  Especially with the case of Egypt, we saw an uprising against autocracy and witnessed the fact that citizens are the most powerful force of any society.

In South Africa, we witness this even more through the strong media presence that holds government accountable through vigorous journalism. They constantly check in with President Jacob Zuma’s government to ensure that it is accountable to its citizens scrutinizing its financial integrity and transparent governance.

Citizenship is not just about voting but it’s about being involved in our society to hold those in power accountable. For those of us who live in the mothership called Africa we have an innate awareness of the concept of “ubuntu”, translated as “humanity”.  Ubuntu simply upholds the value of the collective and the power of community.

This is how Archbishop Desmond Tutu puts it: “A person with Ubuntu is open and available to others, affirming of others, does not feel threatened that others are able and good, based from a proper self-assurance that comes from knowing that he or she belongs in a greater whole and is diminished when others are humiliated or diminished, when others are tortured or oppressed.” 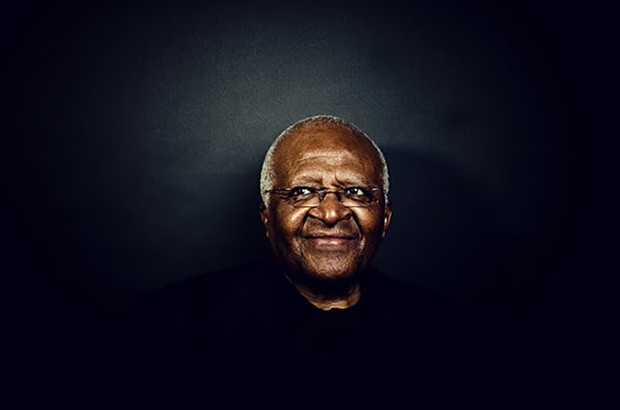 Leadership starts with you. Whether you are a nurse, a doctor, lawyer, a mother, a son or daughter, you have a responsibility to the community you find yourself in. The biggest challenges in our society can be diminished through the simple realization of the individual’s impact on a community. The future in our nations lies in the power of the collective. It means that leadership starts from community level.

The ubuntu philosophy reminds us of the importance of the realization that individuals do not live in a vacuum but that we are members of a society that is challenged to reach out to others. Ubuntu invites you to be the leader of your own conscience and to awaken your senses to care and share with others. It means that you are not a voice for your own interests but you can raise your plight for the sake of others.

Gone are the days when we wait hopefully for a super hero to rescue us. It’s time to look around us and within ourselves to realize that most of the answers to our hardships lie right here in our own communities.

Desmond Tutu sums it up beautifully: 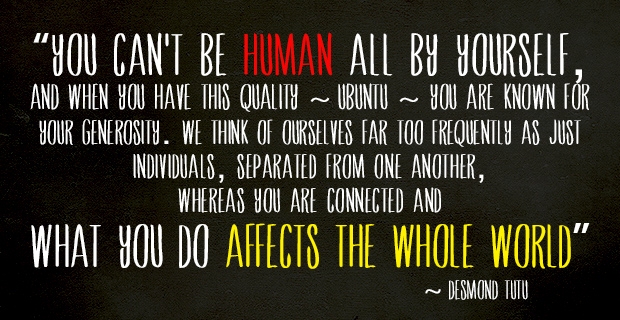