1Africa
Home Culture Kim Davis: How Far Would You Go For What You Believe In? 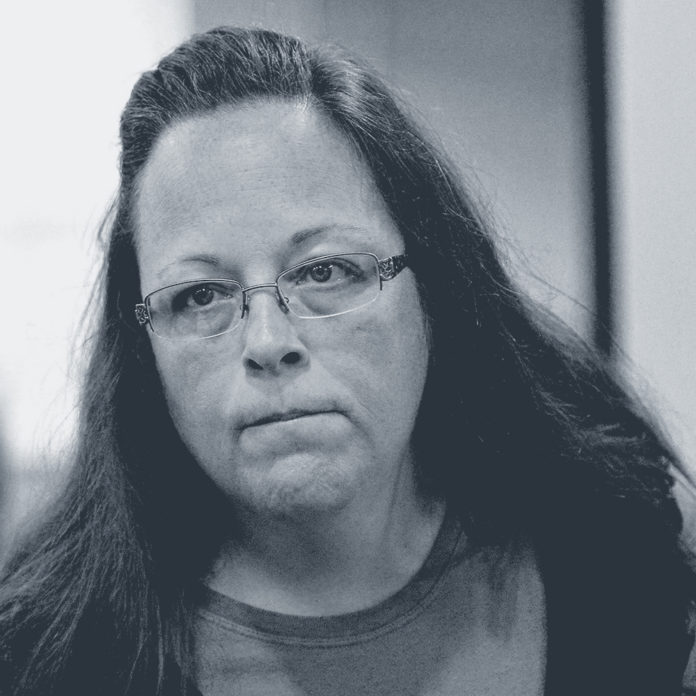 Kim Davis, the Kentucky clerk who refused to grant a gay couple a marriage license due to her religious beliefs against homosexuality, was released from jail on Tuesday among a throng of cheering supporters.

“Thank you all so much,” she said, in tears. “I love you all so very much. I just want to give God his glory. His people have rallied and you are a strong people. We serve a living God who knows exactly where each and every one of us is at. Keep pressing. Don’t let down.”

Earlier on Tuesday, a U.S. District judge ordered that Davis be released from jail and that her contempt order be lifted—as long as she did not stop her deputies from issuing licenses to same-sex couples.

Davis  was introduced by Republican presidential candidate and former governor of Arkansas Mike Huckabee along with comments from her attorney, Mat Staver. Huckabee and Staver spoke to reporters before Davis’s remarks, embracing her.

“We don’t gather here because we hate anybody,” Huckabee said immediately prior to Davis’s arrival on stage. “We gather here today because we love God and this country. And we do not want to see this country become the smoldering remains of a great republic.” Huckabee followed with an offer to go to jail himself to protect what he views as the right of elected officials to follow their religious convictions.

The Rowan County clerk was sent to jail last week for refusing to grant marriage licenses—and ordering her deputies to also not issue licenses—to same-sex couples on religious grounds since the Supreme Court legalized gay marriage in June.

Her lawyers asked for an injunction from the Sixth Circuit Court of Appeals directing Kentucky governor Steve Beshear to remove her name from the marriage licenses the county issues. Tuesday was her sixth day in jail.

Kim Davis is currently taking some harsh criticism on social media for rebelling against the law of the country because of her belief in Jesus Christ. The fact that she chose jail over compromising her relationship with God brings into focus what this piece of article is really about. What is your dream and how passionate are you about it? How deeply rooted are you in the vision you have for your life? If the whole world was to rally against you and show you how wrong you are in pursuing this venture or that business idea, would you give up or stand your ground?

Kim Davis teaches a major lesson which goes beyond a discussion merely about religion. Truth, conviction and vision when clearly defined, are things we should not allow any hardship or pressure to sway us from.

At 1Africa, we make it no secret that we believe in the teachings of the Bible in which we learn that God’s desire is for marriage to be a union between man and woman.

“That is why a man leaves his father and mother and is united to his wife, and they become one flesh.” Genesis 2:24

But again, we are often quick to profess that we’re Christians but how many of us are ready to face jail or worse death, for what we believe in? This is a deep conversation we’d like to take further. If you’d like to engage in it with us, please click on the banner below.