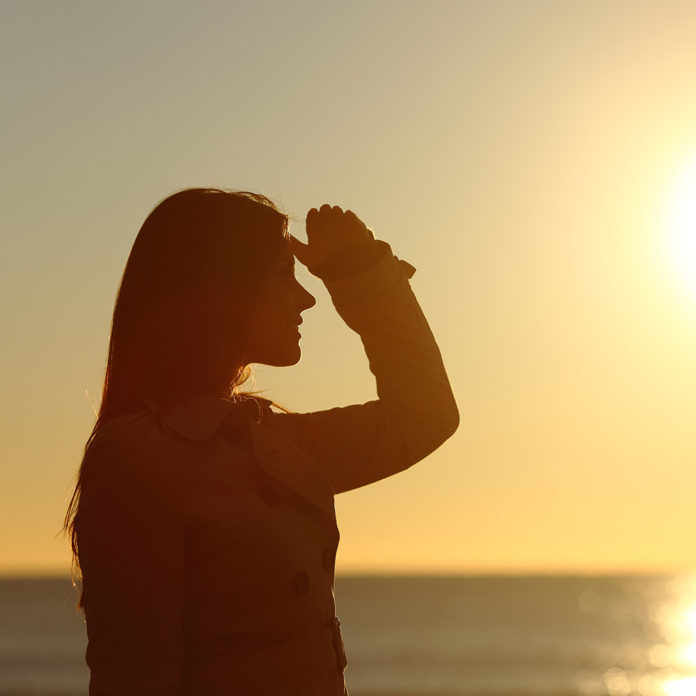 Moses found love where he least expected it.

He wasn’t looking for love, but then again, neither was he looking for his life to be upset the way it was. As the story goes, he intervened to protect a slave’s life and in the process killed the slave driver. It was his fascination with these slaves, that had surrounded him since birth and to which he had blood ties, that got him into trouble. Before long, word of his actions had spread and he was faced with a stark choice: flee from the law or lose your life. But that’s what you get for defending a slave in a world where his master is tantamount to the law. But the crushing blow was to find out how little his stepfather cared for him: his death in retribution for his actions. No explanation sought, no pardon given, no compassion shown.

You may not know much about the Bible figure of Moses who lived roughly 3000 years ago, but suffice to say he towers above most figures in the scriptures and certainly stands unequalled among the greats of ancient literature. He not only wrote and influenced much of the Bible, but he is also the foreshadowing and early embodiment of the Christ-figure.

This ancient desert-hermit, who ended up leading a vast group of Middle Eastern slaves to freedom from their Egyptian oppressors, is found in the Bible book of Exodus on Mount Sinai pleading with God as he faces the hard reality of his task. He’s feeling the strain of leading this band of Israelite vagabonds, a loveless task at best. While these traumatised slaves may have escaped Egypt, the scars and distress of their suffering had created a wild and distrusting group who liked caged animals would bite the hands of those who was sent to feed them. And Moses their leader, while known for his great acts and indelible impact on human history, was just as utterly human as they were. A troubled man with a difficult past which undoubtedly left its own scars. Born into a genocide, he escaped through an unlikely set of circumstances to end up – against all odds – in the royal household as the adopted son of the Pharaoh’s daughter, the very man who was driving the genocide and now the stepfather who would have him snuffed out if he had his way.

Fast forward to Mount Sinai, after escaping Egypt we see Moses pleading with God to accompany them as they prepare to trek ahead through the wilderness. “If your presence will not go with me, do not bring us up from here”, the text giving glimpses of his desperation. “Is it not in your going with us, so that we are distinct…?”. The miracles and amazing experiences of escaping Egypt alone cannot sustain him. He wants God to keep walking with them. He wants him present, unlike his earthly fathers who was not.

You can’t help but feel for Moses. Trapped in a role he hates with an ungrateful following who is unaware of the heavy price of their freedom – his very life. Now, at eighty years old he is bereft of peace and the simple pleasures of a quiet life due to a man of his age. Where is his quiet repose after a misfit life? Seeing him here, pleading with God, we see a fearful man who is unsure about his future. Why else would he be asking for God’s presence?

God agrees to come. Moses goes on, “Please show me your glory”. No small ask.

This is a complex and often frightening being who has just showed himself in astonishing but fatal acts in Egypt and the Red Sea. One anticipates that God could put on an incredible display of power, but also of death.

But then comes the surprise.

As God “passes by” and Moses gets a glimpse into the essence of God, this is what he hears:

“The Lord, the Lord, a God merciful and gracious, slow to anger, and abounding in steadfast love and faithfulness, keeping steadfast love for thousands, forgiving iniquity and transgression and sin…”

In a completely unexpected turn of events, when getting up close to God, it is not bolts of lightning and thunder that he sees. He’s confronted with God’s motivations: his commitment and love to his people, rooted in mercy and grace.

Contrary to the many gods worshipped in the surrounding nations whom showed none such benevolent intentions, this God wants to pass on blessing for thousands of generations! Judgement and retribution for sin does not come first. Yes, they are part of God’s makeup (as the full account attests), but this God wants to forgive, unlike Moses’ stepfather who only knew condemnation and death. God is slow to anger. He abounds in love. This is personal.

Moses found love where he least expected it.

Towards the end of his life Moses wrote in his account of the desert wanderings that God will raise up another prophet like himself, undoubtedly a message receive in one of his many face to face meetings with the almighty. A mediator between God and man who would like Moses, offer his life for the freedom of people.

In an account of Jesus Christ approximately a thousand years later, it was recorded that Moses appeared alongside Jesus, speaking about Jesus’ departure which he was about to accomplish in Jerusalem, in this instance referring to the crucifixion. Jesus – the second Moses – came to offer himself as the appropriate sacrifice in accordance with the laws and regulations handed down by Moses from God.

Only God himself could be that perfect sacrifice that purifies all people once-and-for-all. And herein lies another completely unexpected part of this God’s story. God himself, in fleshly form, is freely offering himself through the person of Jesus as the appropriate offering. He wants to forgive. He is slow to anger. He abounds in love!

As it turns out, when we get up close and personal to this God, we encounter a love that is greater than any we have ever known.

Jesus made some statements about those who believe in him. Statements that have resounded for 2000 years following his death and are as potent today as when they were spoken: those who believe in him and his sacrifice for human sin will not die, but be raised to life in the same way that he was. They will taste the goodness of God: His mercy and grace, His forgiveness and love – His resurrection life.

Maybe you long to know this God? Did you know that it is possible? You can find this love and experience his presence. The same God who called Moses and raised Jesus from the dead will reveal himself those who seek him with their whole heart. That is good news indeed!

If you would like to accept God’s love for you, and embark on a relationship with Him, we would like to pray with you to do so. Please contact us through the links provided to start on this incredible journey.