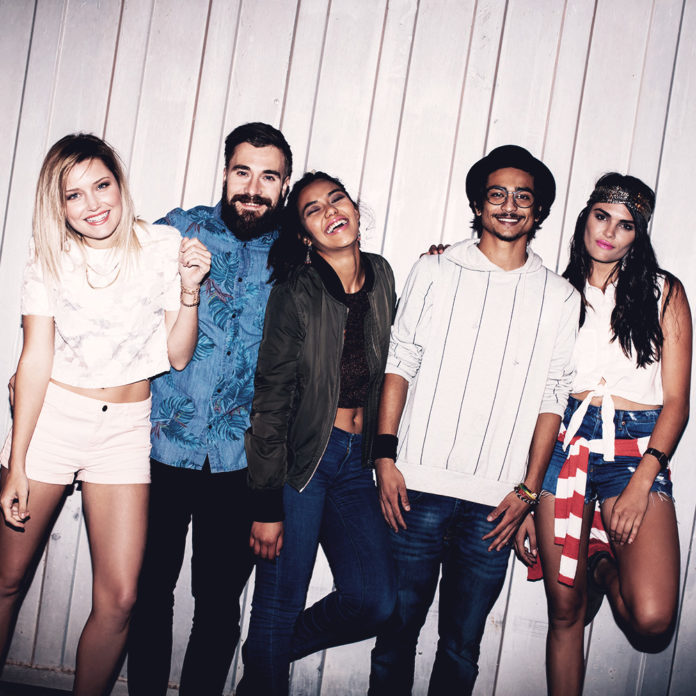 I’ve been keeping a close eye on South African band Beatenberg since, well… forever – since the day my cousin sat me down in the room and played Chelsea Blakemore and said: “These guys are going to be big”.

They’ve since toured around the world, recently appearing on US hit shows like The Tonight Show, where they performed Wona, a single that is a collaborative effort with their “unofficial” mentors, the world folk phenomenon Mumford & Sons. Without Mumford, they would have taken a lonnnnnng time to find themselves on those platforms.

Which brings me back to the first time I met my cousin in person: I rushed to get to the Domestic Arrivals gate at the airport and waited eagerly. I desperately hoped that she looked like her Facebook pictures and that she wasn’t hard to talk to, because a bad conversationalist is a drag.

She’d come down to Cape Town for a holiday internship at a big law firm in the city in the hopes that she would be accepted to do her articles there after her fourth year at university. We clicked immediately, bonded over the weekend, and I found myself driving her to her first day, explaining why it was still so dark at 6:30 am in Cape Town. She loved the Mother City, but this would take some getting used to, she said.

After dropping her off I received a voice note from another friend currently experiencing an unusual type of internship – “She made me feel like she wanted me to be there,” she said, updating me on a performance she had recently had alongside her (literally, world-famous) mentor from whom she’s been gleaning as much as she can.

Now, I’m “waker” (awake) enough to know when God is trying to say something to me – and it’s been this: everyone needs a father, and that father (male or female) is going to open doors for us that we could never open for ourselves. Whoever we are, wherever we are, every one of us needs to go through an “internship” period that could very honestly last our whole lives.

I feel that a lot of the problems in our society are not only rooted in fatherlessness, but also the lack of mentors (natural and spiritual), and the subsequent lack of desire to be directed by a mentor – because of the time that you feel that you are wasting focusing on your mentor’s vision rather than your own.

Director Nancy Meyers’ 2015 film The Intern is a beautiful picture (and quite frankly one of my favourite 2015-2016 films) highlighting the fact that experience never gets old. The world may have changed; things may have gotten faster; technology may be ruling us; we may not even have to use phonebooks anymore or learn our best friend’s home phone number anymore; but all of that can never replace the wisdom and safety that is found in someone who has gone before us.

In 99U’s recent article This Is Why Don’t Have A Mentor, writer Ryan Holiday hands out some important points to have in your arsenal so you don’t have to go it alone:

In the Bible, there are plenty of examples of people who sought the mentorship of others. The prophet Elisha went through a demanding internship period with his mentor Elijah, who, when God took him away, left Elisha with double the capability that he had. Samuel had the priest Eli whom he lived with in the temple because his mom left him there as a gift to God from the time he was a small boy. Jesus was trained by his parents for 30 years (yes, if you’re wise you’ll use your life at home before marriage as a great, big internship!). Jesus also took all of his disciples on a three year internship program before having to leave them too!

Your insistence to be totally independent without help from anyone else could be hampering your growth. You don’t need to worry because there are different sorts of fathers/mentors for people of different sorts – so your one is out there (if you haven’t already found one). A father gives rise to the seed of greatness inside of you! It was Father’s Day recently and a hard experience for some people who’ve lost theirs, but I want to tell you today, before you go looking for a mentor or father in the natural, that Jesus wants to father you! If you want to know a little bit more about what I just said, I encourage you to click on the banner below!