1Africa
Home Culture Into the heart of the sea 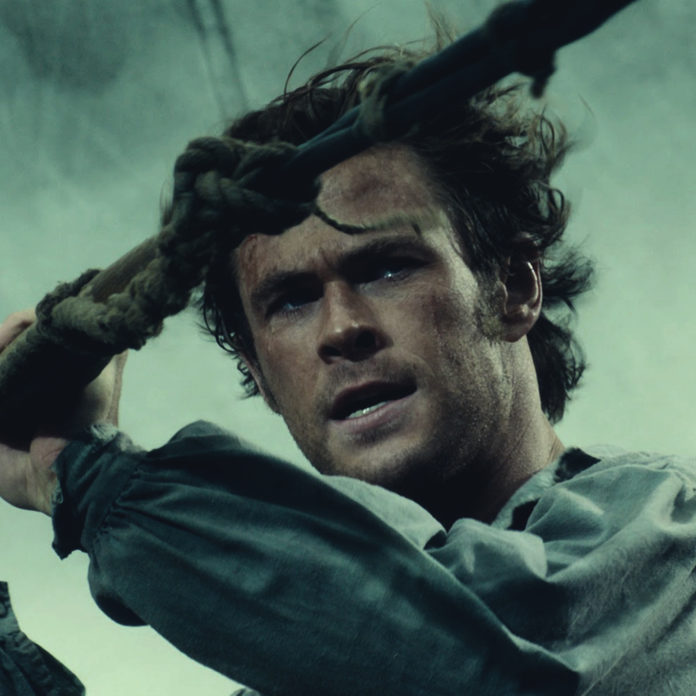 I sat down in the movie theatre not knowing what to expect – my family all discussing what they thought of the book Moby Dick, remembering characters and storylines.

Apparently we were just the audience that director Ron Howard was focusing on when he decided to change the release date of the film from March 2015 to December 2015, hoping to gross higher and hoping that people would be drawn to the cinema because of both the inspirational nature of the film and the season.

The film turned out to be less like Moby Dick and more like Into The Heart of The Sea – the real life story of the same name told by Nathanial Philbrick (2001) where crew of the whale ship, The Essex, experience great disaster after encountering a whale with a “strange human-like sense of vengeance. The surviving crew are shipwrecked at sea for more than 90 days, testing their limits and forcing them to do the unthinkable” (Catarina Cowden, CinemaBlend). Only eight of the ship’s crew survive the entire ordeal and the accounts of it all are told by two: the ship’s first mate, Owen Chase (Chris Hemsworth), and a 14-year-old cabin boy named Thomas Nickerson (Tom Hollard) who waited 55 years to write his side of the story.

The importance of integrity and other strong values are emphasised throughout the film, but one would find greater character depth in similar films, like The Life of Pi or Castaway. That’s not to say that the film does not have it’s own charm, though. It is what it is and can be appreciated if one pushes aside comparisons.

The story is narrated by a world-worn and tormented Thomas Nickerson (Brendan Gleeson) who, in the film, is telling his story for the first time ever. We see Nickerson at war with himself throughout the film because of all of the secrets that he carries, all the stories of atrocities carried during their desperation – most of which would have all been traumatising for any child of 14.

At one point in the film, Nickerson once again feels that he cannot tell his story because he would most certainly be unloved if he did and he would much rather keep the secrets that have driven him to near-insanity and drunkenness for many years. However, he is pressed by his companions to complete what he has started because secrets are where devils flourish. This was definitely a pinnacle in the film for me.

The heartfelt nature of the moment felt so true for me and reminded me of a promise that I made to God when I was 15. I promised that I would always stay accountable and obedient to the relevant leaders that he had put in my life – even when it hurt. At that time in my life, both my spiritual and natural leaders were my parents.

When I first started making good on my commitment, I remember having to force myself to spew my stories to my parents while sitting on the edge of their bed. Every time, I thought they’d hate me after hearing what I had to say. Yes, sometimes what I had to say warranted the crazy response I got (and I had to learn to deal with it); and there were other times when a crazy response was what I expected and it was the opposite of what I got. I’m thankful to say I’ve had more of the latter.

It’s obviously years later and I’ve since been put in many different situations with various leaders where – I’m most thankful to announce – “staying accountable” (open, honest, liable to account for one’s actions) to be a lifeboat for me when the sea of my life gets turbulent.

The Bible talks about the power of sin being in its secrecy and that nothing that is covered up can stay hidden for too long (Mark 4:22-23, Luke 12:2-3, Luke 8:17), and that God judges men by the secrets that they’ve kept (Romans 2:16). There is power in confession – just like Nickerson found out:

“Therefore, confess your sins to one another and pray for one another, that you may be healed. The prayer of a righteous person has great power in its working.” James 5:16 (ESV)

…That you may be healed! How interesting! The bible is clearly indicating that someone who is open to accounting for their actions is more likely to walk in healing and full health than someone who keeps them in. It is proven that things like unforgiveness, bitterness and guilt (being unforgiving of oneself) can make people physically sick. According to Dr. Steven Standiford, Chief of Surgery at the Cancer Treatment Centers of America, unforgiveness is a classified disease in the medical books. A refusal to forgive makes people very sick and keeps them that way, and so forgiveness therapy is now being used to help treat diseases such as cancer (CBN News). I know personal stories of people with terminal illnesses who forgave and were healed.

Other than confession to “one another” (because we can never be lone ships our whole lives), our confession is also to God.

The sea of our lives is turbulent without relief (even if no one sees it) without Jesus – the ultimate wave whisperer. In his example, no wave will be still without us speaking to it (Mark 4:38) and no sin or secret will be forgiven without our confession and him speaking to it on our behalf:

“If we confess our sins to God, he is faithful and just and will forgive us our sins and purify us from all unrighteousness” 1 John 1:9 (NIV).

Ultimately, our accountability to Jesus, when we accept his salvation, calms the waves of eternity against us. He came to calm the tsunami that sin was ready to hit us with and cause devastation with when we keep stuff hidden.

My friend, if you feel like you need someone to help you get some reprieve from the stuff that has been going on in your life, I would like to suggest that you click that banner below! Happy Sailing!