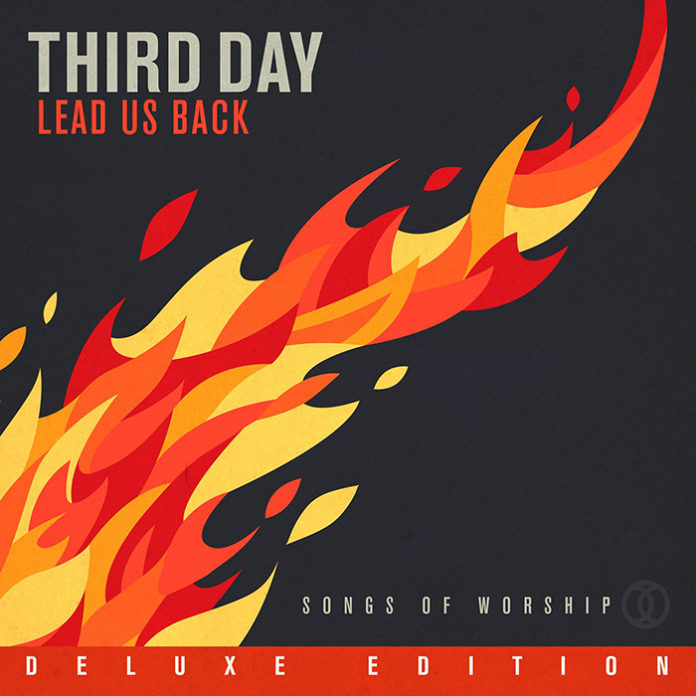 There’s a very good reason why Billboard Magazine has called them one of the greatest Rock ‘n Roll bands ever.  They are just that good.  They’ve won Grammys and America Music Awards, Dove Awards, Billboards Music awards, and let’s face it, our hearts as well.  Mac Powells voice is not every ones’ idea of a great night out, but millions of fans can’t be wrong, and they just keep selling albums. 8 Million, actually. CD shelves and download site are again putting my statement to the test, with but with 12 Gold albums, and 5 Platinum (two of which went multi-Platinum) our hopes are high for their latest release LEAD ME BACK.  This is their first worship project in over a decade, and was available from the beginning of March of this year.  Just before they set off on their Australian Tour, we got the low down from the band.

1Africa: Mac, what is the heartbeat behind LEAD ME BACK, and give us a glimpse into the vision you, David and Mark cast for this new release?

Mac Powell: We are really super-excited about this album and we’re not one of those bands that always, whenever you have a new record, say it’s the best record that we’ve ever made. We’re not one of those bands because we know that albums come in seasons. I think it [Lead Me Back] is the best record we’ve ever made…I really do. It’s a record that we’ve wanted to make for several years now but it’s just never really, whether it was opportunities, or the right songs, or whatever, it just wasn’t the right timing.  We knew that we wanted to present something different from us musically than we’ve ever done before. We knew we wanted to shake it up for us as a band so not only to keep us interested, but our fans interested as well, and to have something new and fresh musically and lyrically also. We approached things differently. We really set out to make it a very corporate feeling, corporate sounding album. We wanted this to be a record that churches could hear and that they could feel like they could do this music. There’s a lot of choir on the record, a lot of groups of people singing on the record and so that was something that we set out to do and I think we… I know that we achieved that.

David Carr:  Do we name the album after one of the songs, or do we name it after just the overall theme of the record, the songs and the lyrics? Do we just grab a line from one of the songs? I mean there’s just so many different ways you can approach that. We’ve done that a lot in the past where we’ve taken one of the songs, like this song “COME TOGETHER,” from the album “COME TOGETHER,” and it just felt like a good over-arching message to give to our audience about unity and coming together and putting aside our differences and so we’d named the album “COME TOGETHER.” So when it came time to naming this album (and I’m with Mac, I do feel like it’s our best record yet and I try not to say that every time but in this case, and I felt like it is) I think all of us just felt like every one of the songs had merit to be the title for the album. Just about every song. But there’s this little refrain kind-of short, it’s not even a whole song, it’s right in the middle of the album and it’s called, “LEAD US BACK.” And I remember one day just kind of listening to the album through, and with that falling right in the middle, it just felt like, gosh you know, this really is an album where there is that theme of Moses leading God’s people out of slavery and then Jesus leading us into freedom. And again, it’s exciting to have an album where so many of the songs do seem to want to take you to that message. It’s not all of them, but I think we can safely say that that’s kind of the overarching theme of the album.

1A: Can you give us a brief insight into the production process?

Mark Lee:  Well, there were really so many things about this album that were different or unique than the normal recording process. Just the three of us meeting up with these producers was unique. A lot of times we’ll go in with this A-list of people that we really want to, or would love to be able to work with. Sometimes our record company will have some suggestions and we’ll have this dialogue about who we want to work with. This time around it was just such an organic process in that, as we talked about doing an album, we all felt that it was time to do a worship album. I think David was referring to earlier, we wanted to do something different than what we had done up to this point.  Anytime Mac sings on an album, it’s going to sound like THIRD DAY. He’s got that signature tone to his voice, but we wanted it to sound like something new.

Mac Powell:  I would like to say that these guys really shook it up for us in the studio. I mean we’ve been doing this for a long time and have a way that we’d like to record – a way most rock bands do. But we totally went the opposite, almost the opposite on a lot of these songs in the recording process. Really, a lot of it started with just me on acoustic singing the melody and the guys, the producers, recording that and then the other guys coming in and adding their things. Sometimes the drums were almost last which was really different but it allowed David our drummer to be able to live with the song and be able to approach and re-approach it.

1A:  We know it’s a Third Day album ’cause of Mac’s voice but there are other familiar voices in there too, on Lead Me Back.

Mac Powell:  We have one song in particular called, “IN JESUS’ NAME.” We have some of our great friends on it. Natalie Grant sings on it, Michael W. Smith, Michael Tait from the “NEWSBOYS,” David Crowder also singing on it; mostly doing like a background thing. Another guest artist on the project is “HARVEST” – her name is Harvest Parker. Oh yea, “ALL SONS AND DAUGHTERS” also sings on two different tracks.

1A:  Guys; you often express how you are rockers, but you’re actually just ordinary people.  Tell us something to cement that truth!

David Carr: We spend a lot more time than people realize at home. I think we sometimes give the impression when we’re on the road that we’re just always gone and our poor families never see us but it’s really not the case. When we work, we work and we stay busy in seasons. But we’re home so much too. There are a lot of days where I’ll go out and mow my own grass, or take out the garbage and I just totally just forget about what I do and forget that people see it in a very different way than we probably see it ourselves. And I love that!

Mac Powell: I just did the dishes right before I came over here to do this interview so I don’t know if that helps in the answer?

1A: Thanks boys!  Between writing great rock tunes and doing the dishes, you find the time for us, so thank you so much.  Have a great Aussie trip, knock their socks off with the songs from your new album, and all of your greatest hits, and here’s to another big Third Day release, that praises God, and changes lives.

Mac Powell: Thank you guys for having us.

Here’ that first single off LEAD ME BACK, Soul On Fire: