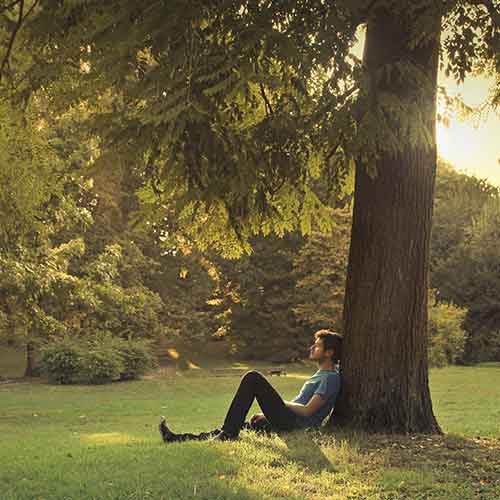 I believed the truth.

We don’t hear many people saying that. In fact, I’m not sure many people even equate truth with belief. If it’s true, that means we believe it, right?

While I was talking through some issues I was having with someone, I realized that I had been believing false things and building how I thought, acted and responded on them. The truth was always present, but I had decided to rather believe a lie than agree with the truth. Even if we know the truth. Even if it’s a fact that has been reinforced by those closest to us, we can end up refusing to believe it and looking elsewhere for confirmation.

When it comes to our identities this is something that is crucial. I believe that there is an enemy of our souls who wants to trap us in lies that keep us small, broken and timid. The best way to do this is to attack you at your weakest and try convince you that you are not who you were made to be.

When I was four, I was abused by a guy and then told I was not a man. Now obviously I was a child, but I chose to believe that lie – it replayed in my head for years and years – resulting in many poor decisions and actions to try to prove myself. But what he said became a lie that I believed. I built my thought patterns, my actions, my sensitivities all on that lie – and my life would consistently come crashing down without fail.

Belief is a powerful tool

Our capacity to believe is something that sets us apart from the rest of creation. We have the capacity to choose and outwork our lives spiritually, emotionally and even physically based on what we believe. There is a slightly cheesy analogy of two wolves – one bad and one good. They are both equal in strength, but you have to decide which dog to feed. Feed the bad one, and the good one will be weaker and suffer. Feed the good one, and the opposite happens. This is very true when it comes to belief as well. You can choose to believe the truth – and then lies will lose power and impact in your life. If you choose to feed the lies instead, however, the truth about who you are will not be able to hold its ground in your thoughts.

The nature of a lie

Lies are convincing. They turn doubt into deception. In essence, a lie is the opposite of truth. But then the question begs to be asked – how much does truth twist before it is considered a lie? I have found that truth is way more finite, where lies are more ambivalent. God is truth – that is what I have experienced – and if truth is from God, then peace will reign. When you believe something about yourself that is true, you will have a peace that cannot be easily shaken. Lies, however, carry with them multiple levels of worry and turbulence. If you are tormented by specific things in life, or find yourself getting extremely frustrated – it’s easy to blame external things, but the root of that sensitivity is probably based on a lie you have learnt to believe. Lies are divisive and will keep you weak and unstable.

Belief is a choice

I know I have alluded to this already, but it is worth repeating. Many times in our Greek understanding of psyche, we have been conditioned to look for evidence before we choose to belief. I am all for making informed, responsible decisions. But when it comes to faith, sometimes we are unable to know what to look out for. That is when you have to choose to believe first, and then out of that you are able to experience whether there is the peace that accompanies truth or the restlessness that stems from believing a lie.

If you would like to know what it could be like to believe in Jesus, I would encourage you to click on the link below. It may seem weird, or too good to be true, but I have found that the peace and relevance that I have experienced in know Him personally has helped me identify the lies that have kept me stuck in addiction, shame and insecurity. Believing in God is the only way that I have been able to truly change and move forward in how I think about myself and my future.