1Africa
Home Faith How to ‘shoot to score’ in life 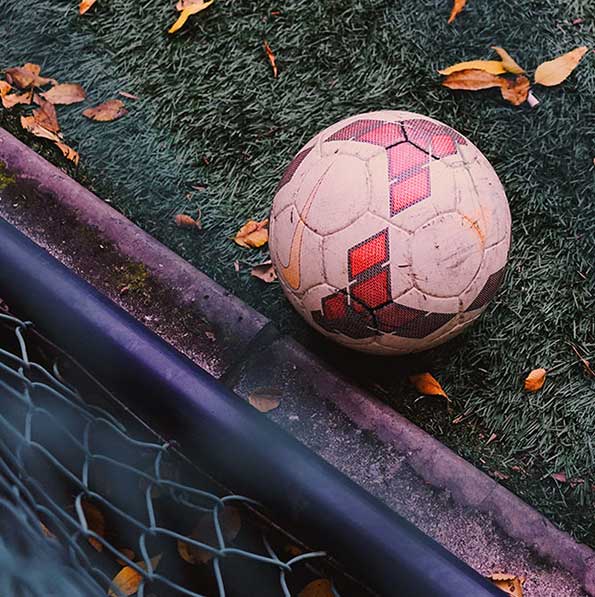 Have you ever met someone who is obsessed with something completely foreign to you? As I am writing this, I have just had a coffee with a friend of mine who is a competitive fishing champion. Yes – that’s right. People fish for sport! He devotes hundreds of hours to ‘training’ for championships. I don’t really understand how it works, but can appreciate his passion for it. And that’s one of the greatest things in life – we are all very different and diverse. We have different passions, different skills and preferences, different family situations and cultures. But we can still appreciate each other.

If you think that I’m speaking like a utopian idealist – don’t worry, I’m not. I am very aware that people are divided by these very traits as well. If you have more than ten friends on Facebook or take time to actually read comments on Instagram it wouldn’t take long for you to realise that people will use any difference as an excuse to judge, ostracise or reject others. And the problem doesn’t seem to be going away. From politics to business, in education and media – disunity has raised its ugly head.

But I don’t believe that is how we are meant to live. I believe in God – and that He created us all unique for a reason. There are a few reasons why I believe differences are important in every society:

Have you ever had one flavour by itself? Imagine if you just ate a whole meal of just meat. Unflavoured, unsalted meat. I don’t know about you, but as much as I enjoy protein I could not stomach more than a few bites of that meal. It’s the same when it comes to society. We need different expressions, different experiences and different opinions to help make things interesting. Variety protects us from being lulled into a sense of ignorant bland living.

2. Differences help you find your place

If you did not ever meet someone with a different opinion; if you never encountered those that struggle in different ways than you do – you would probably have less of an idea of who you actually are in the context of the world. It is only when you are confronted with things ‘other’ to you that you can actually test and have confidence in what you believe. Say I believed in communism because that’s all I ever knew (which is the aim of most communist regimes). I would never question that version of governance unless I was made aware of other ways of governance. My whole political belief would be based purely on my unchallenged experience. But if I met someone who believed in another version of governance I would be able to weigh up the pro’s and con’s of each and make an informed, personal decision of what I think would be best. Until that point I would not be able to confidently say I was a communist because I had never encountered or been aware of an alternative. This applies to way more than politics – in fact, it applies to every part of life.

3. Differences help you know what the ‘goal’ truly is

Imagine you’re playing football, but you don’t know the difference between right and left. You would have no reference to know how to score. It may be a very simplified analogy, but it carries truth: if you only know one side of something, you wouldn’t be able to know what ‘winning’ is in a society where both extremes exist. And as humans we are not just ‘one or the other’ – we are multifaceted, complex individuals. No one on earth will agree 100% with someone else. We all have differences. But it is in identifying what we agree on – where our beliefs overlap – that we are able to truly make a difference in our spheres of influence.

The soccer World Cup is this month and – thankfully – it is one sport that almost every nation can identify with. I love watching the diversity of the fans at this event and definitely think it is a great picture of how differences can be celebrated while the ONE thing that everyone has in common – their love for the game – unites everyone.

But there is something greater than a soccer ball that unites ever more people. In fact, 2.2 billion people agree on this one thing. Some of them are poor – others rich, some are famous – others nameless, some are highly educated – others in need of education, some are African, Asian, South American, European, Australian. Some are persecuted because they believe this. Others are hailed as heroes for the same cause. ALL of them believe this one thing: they believe Jesus is the Son of God.

I believe that if the goal is Jesus, every single person has a place to belong. There might be areas of your life that are full of struggle or frustration. Difference may have truly hurt you – especially if you being different has been taken advantage of. On the other side, people who are different may scare you a little – the discomfort of understanding that others don’t necessarily agree with you. No matter where you fall on the scale, if you choose to allow Jesus to become part of your life you will be able to truly know what matters in life. Jesus promised that He would draw ALL of mankind to Himself – and I have witnessed it myself. He is the greatest good the world will ever know and my goal is to make sure you and the world would get to personally experience the peace, joy and fulfilment that knowing Him brings.

If you would like to know or have questions about a relationship with Jesus, please click on the link. We would love to chat to you.