1Africa
Home Culture From ‘little’ to ‘more than enough’ 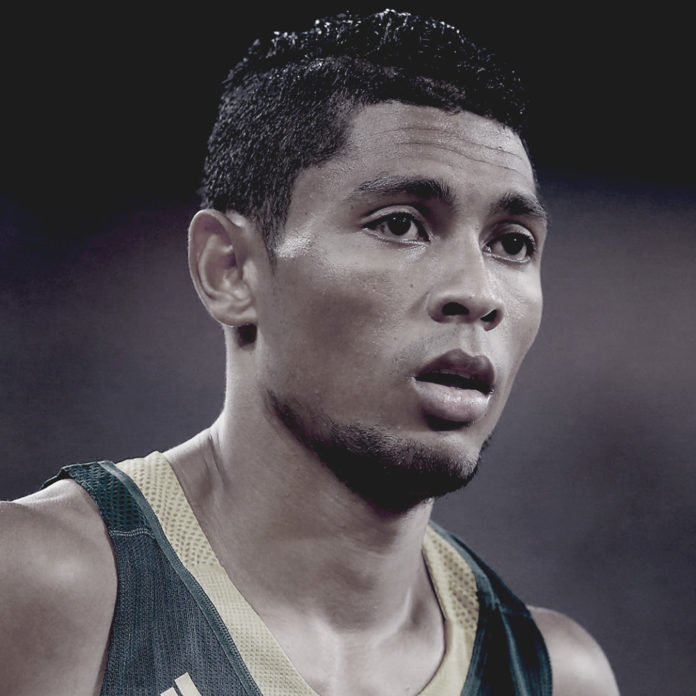 I can’t imagine being dubbed “first in the world” for anything. Look, throughout school it was just a battle to get to first in class. This weekend, however, we saw two South Africans rise to take that title: Candice Abrahams and Wayde Van Niekerk!

The current Mrs. South Africa, Candice Abrahams, was crowned Mrs. World in Dongguan, China. It was the 27th Mrs. World pageant that had Mrs. SA going up against 45 other married women from different countries. Abrahams found herself in the top two with Mrs. Poland before taking the crown. Abrahams is also a businesswoman and is married to Metro FM DJ Ismail Abrahams.

Wayde Van Niekerk has become the first man in history to run the 100m in under 10 seconds, the 200m in under 20 seconds, and the 400m in under 44 seconds. That means that he is the fifth fastest man in the world right now. The 23-year-old Van Niekerk shocked both himself and the crowd with his performance at the Free State Championships in Bloemfontein on Saturday, as he has not competed in a 100m race since his junior days.

Both these people are amazing and have amazing gifts, but what happens to the rest of us, who might feel like what we have is “incredibly” normal and have no idea of how to use what we have to impact people?

Well, look at what the Bible says in John 6 (The Voice):

“Once this had transpired, Jesus made His way to the other side of the Sea of Galilee (which some these days call the Sea of Tiberias). As Jesus walked, a large crowd pursued Him hoping to see new signs and miracles; His healings of the sick and lame were garnering great attention. Jesus went up a mountain and found a place to sit down and teach. His disciples gathered around. The celebration of the Passover, one of the principal Jewish feasts, would take place soon. But when Jesus looked up, He could see an immense crowd coming toward Him. Jesus approached Philip. Jesus (to Philip): Where is a place to buy bread so these people may eat? 6 Jesus knew what He was planning to do, but He asked Philip nonetheless. He had something to teach, and it started with a test.

Philip: I could work for more than half of a year and still not have the money to buy enough bread to give each person a very small piece. Andrew, the disciple who was Simon Peter’s brother, spoke up. Andrew: I met a young boy in the crowd carrying five barley loaves and two fish, but that is practically useless in feeding a crowd this large… Jesus: Tell the people to sit down.

They all sat together on a large grassy area. Those counting the people reported approximately 5,000 men—not including the women and children—sitting in the crowd.  Jesus picked up the bread, gave thanks to God, and passed it to everyone. He repeated this ritual with the fish. Men, women, and children all ate until their hearts were content. When the people had all they could eat, He told the disciples to gather the leftovers.”

Phillip and everyone else knew that their “works” weren’t going to get them anywhere, because even their personal, year-long efforts weren’t going to be enough to touch (feed) anyone – it needed to be supernatural. Afterwards Andrew mentioned a boy who had something small and that that small offering was practically “useless” if they wanted to feed everyone. Obviously, that is exactly what Jesus wanted to use: the mundane, ordinary thing. The thing that you have in your hand that you expect only to feed you. I love so much that there were leftovers and that they had to gather them up so that there was no waste.

It’s very easy for us to compete for titles, but I feel that the most significant ones are won when we take our small offering and give it to Jesus to not only edify and inspire ourselves, but people all over – a larger sphere than we could ever imagine. The boy could have tried to help in his own power and fed only the people next to him, but he gave what he had to Jesus, and it was multiplied to more than enough.

If you need help multiplying your gift, I encourage you to take what you have and put it into the hands of Jesus today so that he can touch many more people than you could ever imagine; so that you can feed more people than only yourself and the ones with a direct connection to you.

If you don’t know how to do that, I encourage you to click on the banner below!