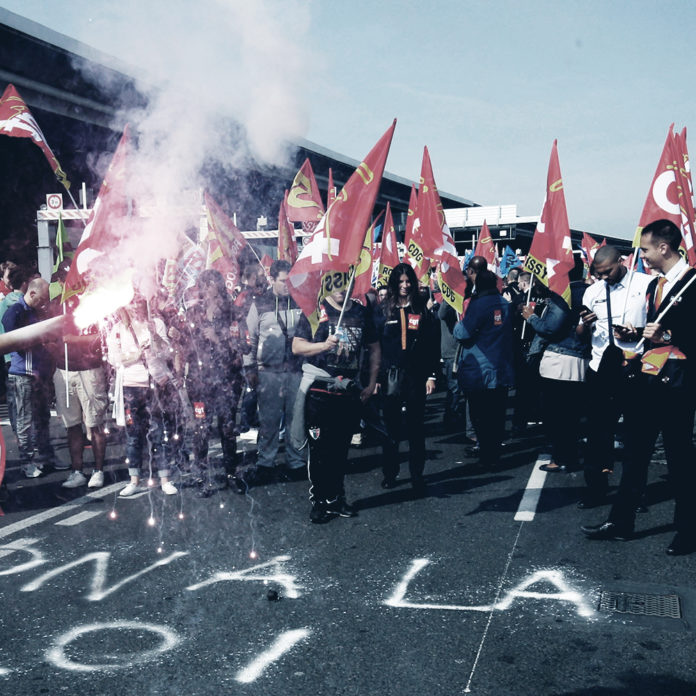 In the early 2000s I was living in the UK and a nationwide fuel strike nearly brought the country to a standstill. Within days, petrol pumps ran dry and I resorted to staying at the office overnight to save fuel.

Fast forward a few years to last week, and employees from the petroleum sector in South Africa went on a countrywide strike. As panic spread and people filled their tanks, many of the petrol pumps ran dry by the weekend. I’m no longer office based, so I haven’t had to bring my sleeping bag in to work, but I have had to cancel a few appointments and I’ve needed to plan my travel carefully to ensure the fuel I have in my car lasts until the pumps are refuelled.

In essence, the unions and the striking employees are holding an entire nation to ransom. They’re well aware that most of us rely on fuel-based transport to get around. One of the major bus companies recently announced it can no longer run to full capacity with fuel reserves drastically low.

August in South Africa is known as strike season, with employees in vital sectors of the economy downing tools and slowing financial growth as the movement of people is severely hampered.

Unions believe they represent the will and rights of those who should have better working conditions, while employers hold firm to their belief that they provide a fair employment environment. It’s difficult not to give in to the demands of the striking masses in the essential sectors as the country grinds to a halt, but as I recently overheard a man say: “If we all stood firm, suffered briefly and refused to be moved by those who yearly hold us to ransom, they will eventually lose their power”.

In the early 1980s the then British Prime Minister, Margaret Thatcher, had had enough of the power the unions had over the UK government and the economy and she said “no” to striking workers in the mining and motor industries. As she stood firm against the demands of the unions, these sectors eventually collapsed with a devastating and long-term financial and social impact on communities across the country.

Those previously booming sectors have never recovered within the British economy, but so too has the power of the unions been severely curtailed. To this day, people across the UK have strong feelings about Maggie Thatcher, or The Iron Lady. They love or hate her legacy, but she was the one person who would no longer be held ransom to every whim and desire of the unions; she said “no” and the country suffered greatly because of it. But, she also proved to the unions, who essentially controlled the country at the time, that they had lost their power.

Perhaps someone is holding you to ransom, or maybe you’re the one holding someone else to ransom. With one decision, you could free that person up to thrive. Perhaps you’ve been dragging your feet on a contract you’ve been promising, or maybe you owe someone money. Today is the day to relinquish your hold on that person. Allow them to be free and in the process, you too will be free.

It’s time for change. Today is the day you decide to face the consequences of standing up to the person who has been holding you to ransom. It may be the most difficult decision you’ve had to make, and the fallout may affect you negatively for many years, but you’ll be free and their destructive hold on you will be lost forever. The choice is yours.