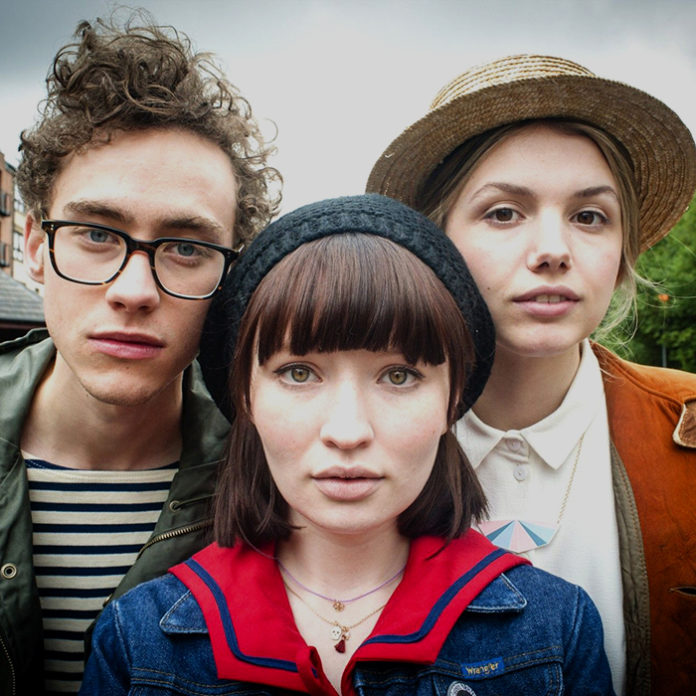 I’m a great fan of the musical as a concept – both as a theatre form and as a film. And it’s great to see a film that steps away from the typical gaudiness of a Mama Mia style production; where the music is more to show mood and emotion than to drive the entire plot forward as one movement. However, the major problems with God Save the Girl aren’t with the music; it’s with the oftentimes flawed attempts by first time feature director Stuart Murdoch to tie the whole thing together.

Stuart Murdoch, writer and director of this film, is the main creative force in Scottish Indie-Folk band Belle and Sebastian, who have enjoyed some success in their genre over the last few years. This film is essentially a feature length adaptation of their 2009 concept album of the same name. The plot follows Eve (Browning) a girl who escapes from the facility where her anorexia nervosa is being treated, and who finds herself in Glasgow, where she soon meets up with James (Alexander) and gets drawn into both his life and that of his music career too.

All in all, its fairly ordinary teenage “finding yourself” kind of stuff; with a darker edge than many, but without much originality drawn into it beyond that. The music is reasonably good, but in my mind I compared this with another feature adaptation of a concept album, Imaginarium by Nightwish, and realised that what this movie did was hover uncomfortably between being an extended music video and being a proper film. Whereas the aforementioned Nightwish project was nearly all music linked together by imagery, creating a cohesive piece, in God Help the Girl, the worst parts are when the music stops and some cloying, overly melancholic line of dialogue takes its place. I quite like Emily Browning, which helps, and the setting of Glasgow is used well thematically and visually, but other than that all I can say is that this is a good project to have practiced on, but Murdoch needs a bit more work if he is to make the leap from music video to proper film.

Review by Daniel Rom of www.fortressofsolitude.co.za
Do you have questions about Jesus or would like to know more? We would love to connect with you. Just click below to send us your questions!