1Africa
Home Culture Get your #Hashtag Game on 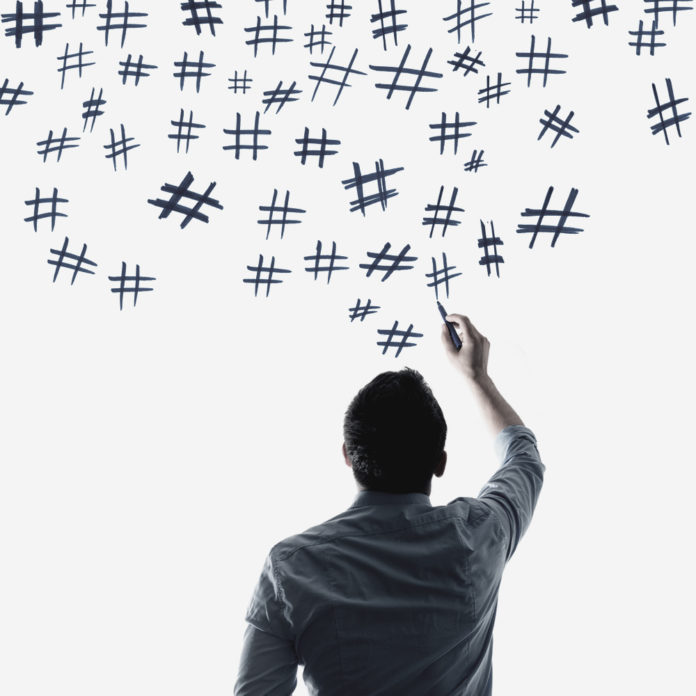 As I jumped onto the Twitterer [as I call it] this morning, it wasn’t long before i saw it:  #VehiclePartsUpASongOrALyric.

Without blinking I dived in with: Gears in Heaven

After a little more thought, I upped my game with a smooth: I love big trunks and I cannot lie.

But it was minutes (that seemed like hours but were in fact only minutes) later that I found what I was looking for and signed my game off with the stunning: Smooth Carburetor

For those of you still annoying your friends with ‘Farmville’ and ‘Pirate Kings’ invitations or spending your time trying to figure out if it is okay to spell the word ‘boob’ in a ‘Words With Friends’ game against your mom, it is time for you to move on.

Hashtag games are a fairly recent phenomenon which, in the last year or so, has suddenly erupted and become a bit of a mainstream thing.

How it works, in a nutshell, is that someone posts a hashtag which serves as a category, for example #TakeAMovieToDinner or #MakeASongAboutSomeoneElse and then everyone who plays tries to think up the cleverest or funniest ‘Answer.’ With these examples, ideas such as ‘The Burger King’s Speech’ [@Michael_Oh2L] or ‘I Think We’re Stallone Now’ [@mseric] would be winners.

There is no official winner or prize although the more your suggestion gets liked and retweeted, the more you can hold your head up high and feel like a winner, at least until the next game sounds and your brain is working overtime again.

HOW BIG IS IT, REALLY?

With 17.3 thousand followers, @TheHashtagGame is one of the chief ‘Calls to Arms’ in terms of informing you of what the present game is and who started it.

Their Twitterer bio comes with this appropriate piece of advice for those daring to dip their toes into a game: ‘WARNING! @TheHashTagGame  is a highly-addictive Twitter social game known to cause sleep deprivation, irregular grooming habits, and/or loss of employment!’

They have even developed an app that you can download to keep track of all the games currently being played and how much trending it is doing. Hashtag games regularly end up as top trending topics in a number of the countries that play them,

Chris Hardwick hosts the show @Midnight on Comedy Central which includes the playing of the fun game #HashtagWars in which three celebrity guests try to come up with the best responses to a Hashtag in a limited time. @Midnight currently has 444K followers on the Twitterer, just to give you an idea of the scope. Their #MakeASongBritish went viral with popular suggestions such as ‘Knowing Tea, Knowing You’ [@say_shannon], ‘Purple Reign’ [@JeanGina3D] and ‘Hit The Road Union Jack’ [@lizzwinstead]

The ever popular Jimmy Fallon also incorporates Hashtag games into The Tonight Show typically tweeting out the tag a few hours before the show and then reading some of the best suggestions live.

Occasionally celebrities like Patton Oswalt [@pattonsswalt] and Zach Braff [@zachbraff] will get involved, but for the most part it is up to a new wave of Twitterverse celebritwitterties with names like @BreezyPuffs and @HashtagShenani and @NoompsyDahling.  lead the way in creating games and coming up with some of the better suggestions.  On occasion, even a fake Orlando Jones [@OGOrlandoJones] joins in.

HOW TO PLAY IT WELL

The secret really is on picking the right people to follow, which you can do by choosing to follow people who come up with winner suggestions. A number of people I know have separate Twitterer accounts simply to play The Hashtag game so that it doesn’t get confused with work and a more serious Twitterer handle.

The hashtag entries that work the best are the ones that approach the category from an unexpected angle, work on multiple levels or take a few seconds for the reader to get.

As with anything in life, a good thing can quickly become an addiction that controls you, and it’s important that you realise this early.

The key to letting Hashtag games be something to enhance your day, rather than rob you of productivity, is to decide beforehand how invested you want to be. Choose a particular topic you think you will be do well in (for me, anything movie related is usually a win) and jump in and throw out your three best.

Following a tag can be like diving down a veritable rabbit hole as the topics can trend for a couple of hours so rather grab some time during a coffee break to skim through and catch a few that you like.

Well, that’s all there is to it. How about we finish off by trying one ourselves? I will call the topic and you give us your best suggestion in the comment section.

I’ll go first with: Gone With The Wine