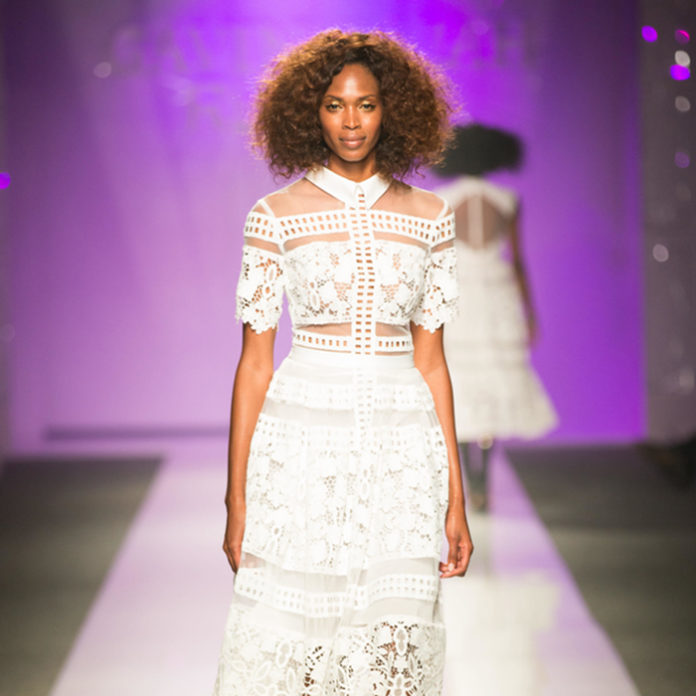 Designer Gavin Rajah has been accused of copying another designer’s work for the third time.

Rajah is one of the most revered designers in South African & African fashion in general however the creative keeps courting controversy.

Rajah revealed his Autumn/Winter ’15 Resort Collection at the Mercedes-Benz Fashion Week Joburg 2015 held at Melrose Arch. His collection he says was inspired by “memories of bygone events, romances that were, the free-spirited lifestyle of the 1970’s and the music of Claudine Longet”.

Rajah is believed to have stolen UK designer Han Chong’s dress. His version version might be a different colour from Chong’s original design, with Rajah going for all-white and Chong for white and blue, but that’s the only difference between the two frocks, except some minor detailing.

The resort 2015 vibe was completed with distressed straw hats and large messy hair.

Last year he was accused of copying a couture design by Lebanese designer Zuhair Murad.

In 2013, Cape Town designer Paul van Zyl said that Rajah’s award-winning “pebble dress”, which drew on the unique use of ostrich skin, had been plagiarised.

Responding to the Murad controversy a year ago, Rajah denied copying the dress, saying that he was disappointed by the whole situation and would “never do Fashion Week again”.

Content courtesy of www.sundayworld.co.za
Do you have questions about Jesus or would like to know more? We would love to connect with you. Just click below to send us your questions!