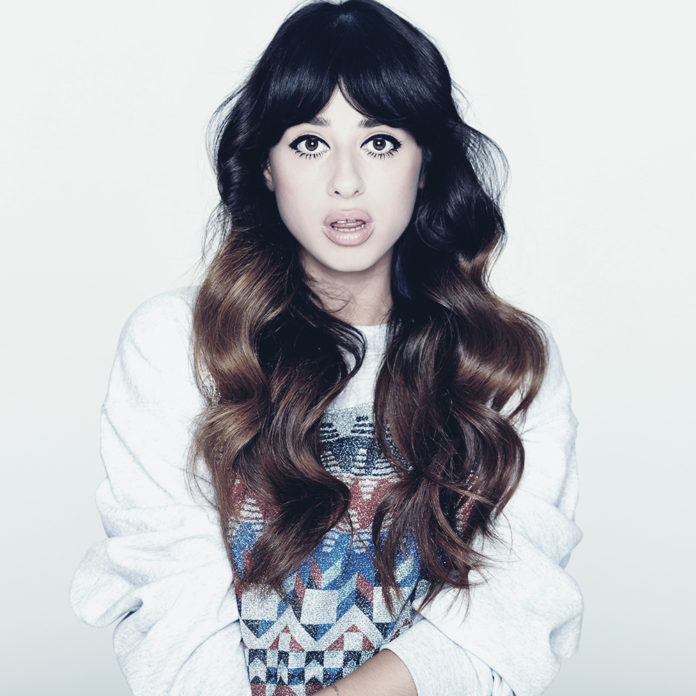 If you haven’t heard of this uniquely extraordinary act, I can guarantee you have heard her music.

In 2013, her collaboration with producer prodigy Zedd blew up many a dance floor. Clarity was a smash hit that challenged the boundaries between EDM and mainstream pop. Very rarely had there been such an infectious, powerful vocal combined with a high energy, innovative track. What made it such a success was also how both elements could stand alone. Many acoustic covers of Clarity have garnered astronomical hits on YouTube, while the track by itself is one of the most remixed versions out today.

Louisa Rose Allen, born in Southampton in 1989, always dreamed of being a singer. When she was young, she recalled dropping pennies into a ‘wishing well’ and praying to have a voice that would equate with the lovechild of Celine Dion and Mariah Carey. After winning a local talent competition in 2009, one would think that she was set for greater things, but she seriously considered studying beauty therapy. Thankfully her elder sister, who lived in London, convinced her to relocate and continue with her music.

In 2011, she released her first EP Warrior, which garnered some critical acclaim. Ironically, Consequence of Sound referred to Foxes as “if Florence Welch and Katy Perry had a beautiful brunette lovechild”. Her single Youth caught the attention of the aforementioned Zedd, which resulted in the large success of Clarity and a Grammy Award for Best Dance Recording.

One debut album later, Foxes is an established British act that has quietly been bringing credibility back to quintessential Pop music. With three top 20 singles under her belt, she is definitely an identifiable presence in the industry. But her best days are definitely ahead. She has collaborated with Fall Out Boy, Sub Focus and smashed the vocals for the Rudimental track Right Here. Having opened for the likes of Marina and the Diamonds and Pharrell Williams as well, she has definitely paid her dues in the industry.

As a producer, I cannot fault her on her choice of collaborators. The tight track of Holding on to Heaven can only be described as having a convincingly orchestral dance feel. Her music videos are all cohesive, artistic and diverse in story and expression. Let Go For Tonight and Feet Don’t Fail Me Now are great examples, as well as Glorious which you can watch below.

What truly brings credibility to her act, however, is the lyrics and form in her music. Take away the beats and the visuals, the lyrics are like a secret map on the back of a masterful artwork. The meaty halftime trap groove in Glorious aside, Foxes’ lyrical clarity is worth a double-take:

Hollow ground and I keep on falling

Breathing in but it’s not enough

And when I drown my eyes in the river flowing

I close my eyes and I feel your heart beat

A deep blue sea rushes over me

And when the thunder cries I feel the warmth around me

‘Cause I found a home underneath your heart

With a broad stylistic sound and a consistent creative expression, I can understand why Foxes has not been an overnight global success. I am tempted to use the cheesy ‘Rome wasn’t built in a day’ idiom to explain how this is a good thing. Foxes is making the music she wants to make. Many artists that become popular very quickly don’t have that luxury. The fickle industry loves to determine what an artist releases and reinventing oneself is a very large undertaking. It is therefore very rare to find solid Pop music that is as authentic as Foxes’.

An astronomical and iconic vocal combined with humble and honest character, Foxes is definitely one to watch in the future. Her next album All I Need drops next year, but you can check out her singles Body Talk, Better Love and Feet Don’t Fail Me Now already. I believe a great big ‘thank you’ to Foxes is in order for what she has and will do for Pop in the music industry. Can’t wait to see what comes next in her career.

Have you ever felt like your life is being dictated by others? There is a true battle in this world between being yourself and making other people happy with who you are.

Have you felt neglected as others around you have been recognised? You may be in a season where your character is being built, but don’t for a moment believe your life is not amounting to anything. The more you need to build credibility, the larger your influence will be when you reach your dreams. When you need encouragement, there is no better place to look to than God. He sees the big picture. He knows your whole story – where you have come from, where you are and where you are going. Click on the link below to find out more about how you can connect with Him.