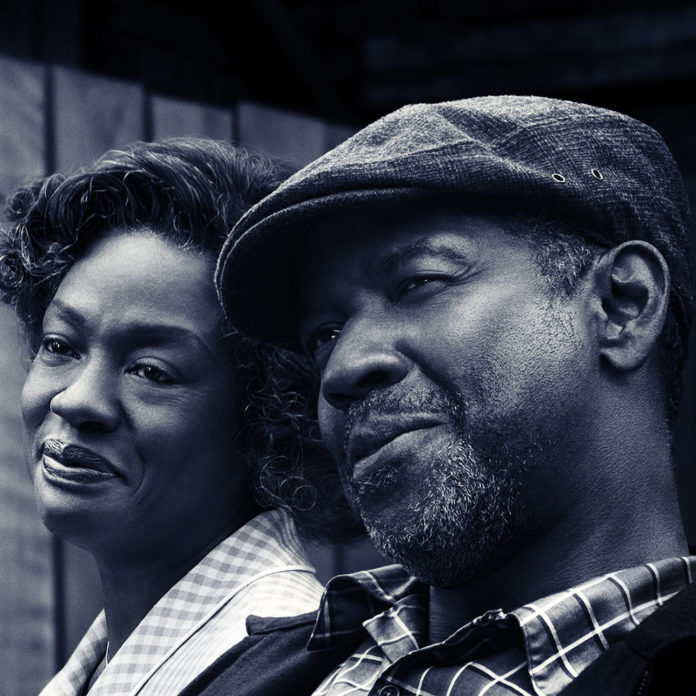 Last night my wife and I finally got to watch the new Denzel Washington and Viola Davis movie ‘Fences’. And what a watch it was.

Denzel  plays Troy Maxson, husband and father of two growing men, making his living as a garbage collector in the 50’s in Pittsburgh, USA. Troy missed out on playing major baseball as he was too old when the league finally started allowing black players to play for them. The bitterness and resentment are something he clearly wears heavily and particularly affects his relationship with his youngest son, Cory, who is being scouted to play American football.

Viola plays his faithful wife, Rose, with a deep mixture of love and devotion. There is much for her to both laugh and cry about as she watches her husband’s engagements with his best friend Bono, his older son Lyons and his mentally affected brother Gabe (brilliantly played by Mykelti Williamson) as well as the growing friction between Troy and Cory.

The movie is based on the 1985 play of the same name by August Wilson. It explores the African-American experience with race relations, family and responsibility as key themes.

The fence of the movie’s title refers to the fence that Troy is busy building in his back garden for most of the movie. At one point his best friend exclaims:

The movie is filled with fences, mostly constructed by Troy pushing people away or trying to hold them close for different reasons. There is much back and forth in that regard – the guilt he feels at his brother’s mental state, while the money his brother got as a result was the only way that Troy was able to have the house he now has.

There is the tension that exists between Troy and Cory where he both wants his son to grow up well but at the same time expresses that he doesn’t want him grow up to be anything like him. The idea that he has toiled for fifty plus years and does not have a whole lot to show for it.

Eventually there is a showdown of sorts as Troy faces up to the character of Death who seems to be a constant presence at the boundary of Troy’s life. After a particular character dies, Troy has it out with Death in this impressive monologue:

All right, Mr. Death. I tell you what I’m gonna do. I’m gonna take and build me a fence around this yard, see? I’m gonna build me a fence around what belongs to me. And then I want you to stay on the other side. You stay over there till you’re ready for me, then you come on. Bring your army, bring your sickle, bring your wrestling clothes. I ain’t gonna fall down on my vigilance this time. You ain’t gonna sneak up on me no more. When you ready for me, when the top of your list say Troy Maxson, then you come on up and knock on the front door. Ain’t nobody else got nothing to do with this. This between you and me. Man to man! You stay on the other side of that fence till you ready for me!

How is my house doing?

This is not an old-school Disney ‘happily ever after’ type of movie. Rather it deals very intimately with broken people living flawed lives and making some bad decisions along the way. With people desperately trying to figure out what family means and where loyalty begins and ends. Of people trying to win the loyalty and respect of others.

With such a powerful cast and the feeling of this being the movie of a play, Fences manages to pull you in and make you care deeply about characters while giving you a peek into why some of them are making the decisions they made based on how their life journey has been.

I highly recommend this both as something to watch, but also as a way of taking a moment to reflect on your own life. Using Bono’s statement of fences keeping people in or out, what does my life look like in that regard. I believe that ‘Fences’ is going to go down as a classic and am not surprised  at all to see that it was nominated for four Academy Awards and saw Viola Davis take Best Supporting Actress.

Do yourself a favour if you haven’t seen it yet. But be ready to feel.