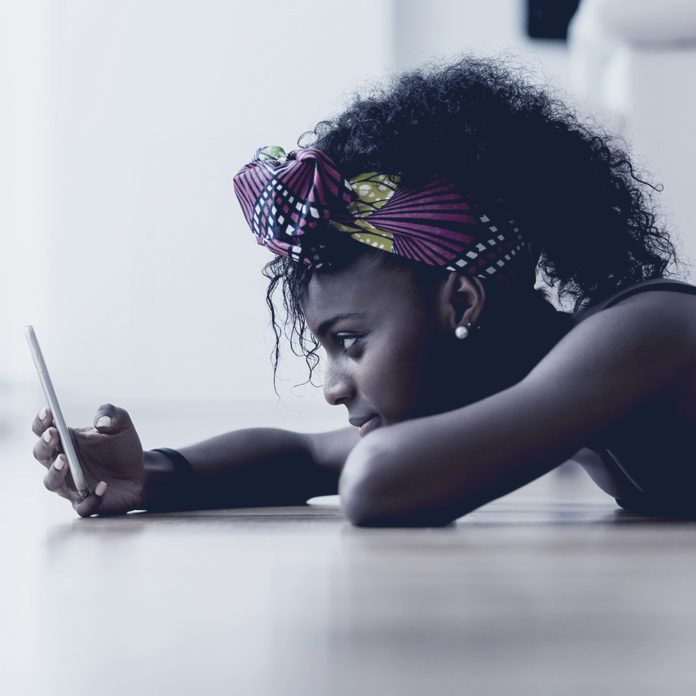 “And yes, I quit all of social media. With 570, 00+ followers on Instagram, 250, 000+ subscribers on YouTube, 250, 000+ on Tumblr and 60, 000+ average views on Snapchat. Tumblr and Snapchat are gone forever. My Instagram is left to expose the harsh and often humorous reality behind the #goals #instafamous culture and YouTube for purely vegan education. Deleting all those apps from my phone was one of the most empowering and freeing things I have ever done.

These are the words of Instafamous 19year old Essena O’Neill who recently decided to ‘rebel’ against Social Media, and create a website called, Lets Be Game Changers in order to explain her decision and to shed light on the ‘fantasy world of social media’ (Read more about Essena’s decision here)

I first found out about O’Neill through a few of the people who I follow on Instagram, and as with everything that blows up – I usually wait until the dust has settled to find out what the huge commotion is. Yes, I agree, it’s not particularly stellar behaviour for someone who blogs about ‘culture’ but this whole thing smelt of pretension for me. I was frustrated. I mean people selling their ‘souls’ to keep their visual aesthetic going already frustrated me. I had already steered clear from accounts that would make me feel like I needed to buy – that means that all online shops. I unfollowed people who took too many selfies or who were clearly airbrushed on the daily, all models (with the exception of a few who knew Jesus) because of the provocative pictures that I frankly think are unnatural and the women that I followed were eighty percent made up of mothers who are also creative because, one – I’m a creative, two – mothers don’t feel the need to sell their soul, they were already validated, and a heck-load more secure than the motherless population.

I’m going to employ the help of author, ‘Shame’ researcher and speaker, Brene Brown, to explain this. She says some great stuff in her book Daring Greatly: How The Courage To Be Vulnerable Transforms The Way We Live, Love, Parent and Lead.

You see, shame is the fear of disconnection. We are psychologically, emotionally, cognitively and spiritually hardwired for connection, love, and belonging. Connection, along with love and belonging (two expressions of connection), is why we are here, and it gives purpose and meaning to our lives. Shame is the fear of disconnection – it’s the fear that something we’ve done or failed to do, an ideal that we’ve not lived up to, or a goal we’ve not accomplished makes us unworthy of connection. Shame is an intensely painful experience or feeling of believing that we are flawed and therefore unworthy of love and belonging. Shame is something we all experience and go through.

THE 12 SHAME CATEGORIES, AS IDENTIFIED BY BROWN:

Research also shows that shame corrodes the part of our brains that believe that we can change and do better, and that shame is highly associated/correlated with addiction, violence, aggression, depression, eating disorders, and bullying.

WHAT IS SHAME RESILIENCE?

The ability to practice authenticity when we experience shame, to move through the experience without sacrificing our values, and to come out on the other side of the shame experience with more courage, compassion, and connection than we had going into it… Moving from shame to empathy. Because you see a social wound needs a social balm, and empathy is that balm.

Sharing something that you’ve created is a vulnerable but essential part of Engaged and Wholehearted living. It is the epitome of daring greatly. But because of how you were raised or how you approach the world, you’ve knowingly or unknowingly attached yourself to how your product or art is received (on things like Instagram, it is sometimes how YOU are received – if you’re a blogger). In simple terms, if they love it, you’re worthy, if they don’t, you’re worthless, and one of the two things happen at this point in the process:

You’ve handed your self-worth over to people.

However, with a strong awareness of shame and strong shame resilience skills this is a different story. You want people to like and respect your work, but your self-worth isn’t on the table. You understand and know that you are far more than that painting, innovative idea, effective pitch, that amount of likes and followers. Regardless of what happens, you have already DARED GREATLY.

If you’re a female (and MALE) go and read this book because there is much more that Brene Brown delves into.

I personally, identified early that I needed to build up shame resilience and while I am not perfect BY ANY MEANS, I was frustrated that it took a highly strung teenager for the people around me to suddenly move into action.

I think we all (myself included, time and time again. Even after all I’ve said) have to look at ourselves introspectively and ask quite seriously (because the future of our children depends on it): how am I helping to fuel a shame filled culture, where things like self-hate, mammon (on steroids) and just plain down shallowness are given first place? Where I spend my time trying to make a nice picture that means nothing?

And, will I wait until someone gets frustrated with what I already know, or will I try to make a difference NOW in the circle that I am in?

Really, especially if you are a female and reading this today, I encourage you to walk in your god given identity. You are beautiful and more than enough. All of this other stuff is an intense distraction from the stuff that Jesus has really called us to, and if we never see it that way, we can spend a long time having lost purpose. Don’t do it. Build up that resilience by building yourself up in the promises of Jesus and who he says you are!