1Africa
Home Culture Does My Hair Define Me? 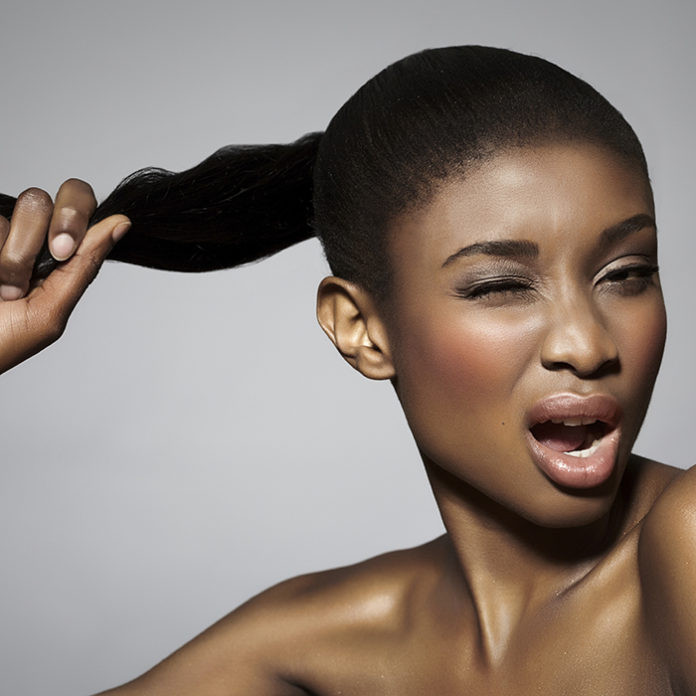 I read an article recently about women with natural hair having a low self esteem. I must say this fueled major debate on social media and other online platforms.

Lots of women with natural, kinky, ethnic hair were a bit offended. I must say I was slightly offended too, but I had to remind myself of who I am. My hair does not define me.

So, the article claims that research was made by a cosmetic company called Bountiful Hair, saying that women with natural hair have lower self-esteem than women with treated hair (relaxed hair).

According to BlackHair.com, natural hair is “hair whose texture hasn’t been altered by chemical straighteners, including relaxers and texturizers.”

The most common natural hairstyle is an afro, which many black women consider an undesirable look. The hair is many times matted and coarse, and is not considered appropriate for a business environment. Many employers consider the look untidy, and ban individuals from wearing this style.

According to the study by Bountiful Hair, natural hair being viewed as a messy look is causing many women, who wear their hair in that manner, to feel inadequate and less desirable than their counterparts whose hair is chemically treated. Those feelings of inadequacy cause women with natural hair to lash out at women with treated or straightened hair, and in turn lowers their self-esteem.

Bountiful Hair says the feelings expressed by Jones are common among women with natural hair.

Here’s a video of India Arie singing that she’s not her hair.

Do you think the article was fair? Do you think they should have not written it in such a way that it makes women with natural/ethnic hair feel uncomfortable?

The Bible says “But if a woman has long hair, it is her glory. For her hair is given to her for a covering”- 1 Corinthians 11:5

Self esteem issues are matters of self work. People can give you all the tools/motivation you need, but it all starts with you first. If you love yourself enough and know who you are, you wont let an article based on a study define you.