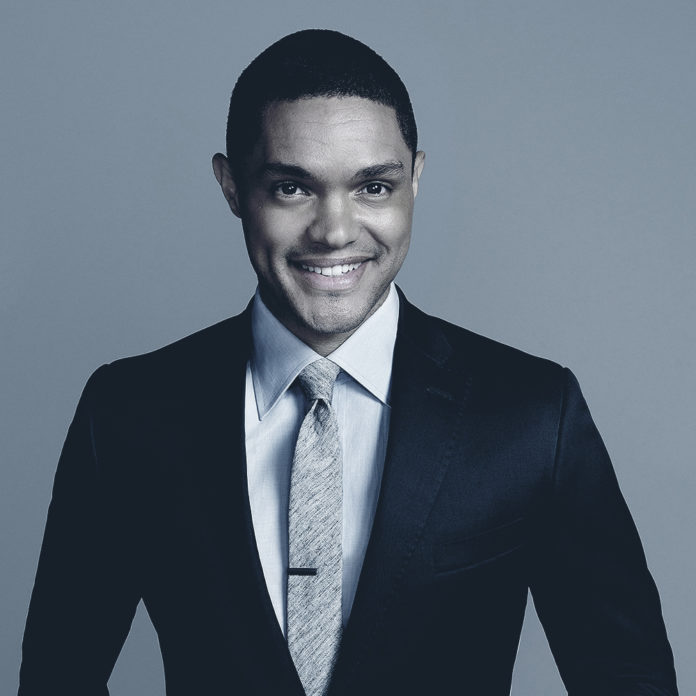 IT is not a real disease, but it might as well be.

Something phenomenal happened in the last two weeks and if you missed it, where have you been?

[South] Africa’s very own Trevor Noah made his debut on the world renowned Daily Show.

The show – previously hosted by Jon Stewart for 16 years – has a massive following around the world.

Being a fan of other ‘Late Night Shows’ and their hosts such as David Lettermen, Conan O’Brien and Jimmy Fallon, among others, I followed Noah’s transition quite closely.

When the announcement was made that Trevor would be taking Stewart’s seat, the internet did what it does best: everyone had something to say. There were a lot of voices that came to the fore. And I was interested in what these voices had to say!

Make no mistake, the debut went extremely well and made some history. Let me take you through the numbers:

On debut, the show averaged 3.475 million viewers across 12 Viacom channels monitored by Nielsen (US channel monitoring system), while on Comedy Central alone, the debut pulled 1.086 million viewers. This is incredible!

But what also caught my attention were the voices in support of Trevor.

Twitter erupted in applause of him. Millions of hashtags and tweets went out to express their support. Celebrities joined the party and publicly backed the show and its new host.

#DailyShowWithTrevorNoah further trended for the greater part of 48 hours. An incredible wave of Trevor Fever!

The massive support for Trevor is not to say they weren’t dissenting voices, they were. But the truth is words of encouragement and support drowned them out.

So what does this mean?

Sometimes the right word of encouragement from the right people can carry you far beyond your ability.

Trevor has been open about the pressure of filling Jon’s shoes. He has been vulnerable about how uncomfortable he can be when tackling some topics on the show, especially as an outsider.

So one thing is clear, Trevor is stepping into the unknown, it’s scary and exciting at the same time, but from what I have seen in the last two weeks: he is delivering!

I have recently reflected on the times when I too was out of depth, nervous and on a bigger stage. But what I have found is that in those moments, the most important thing was what was said to me? Who was cheering me on? What were they saying? And more often than not, their voices of encouragement carried me through.

And maybe you are in a similar place: out of depth, under pressure and feeling incapable.

The truth is you are not out place. You have been selected for a reason and what you may need is some encouragement.

The Bible reminds us that ‘We are surrounded by a cloud of witnesses…’ [Hebrews 12:1]. That ‘cloud of witnesses’ is not there to criticise, but to encourage us. Because the next sentence in that scripture says … “let us strip off every weight that slows us down”.

In simple language: be encouraged, we are cheering you on, all you need to do is focus on the goal, and heaven’s got you!

I’m sure Trevor takes great encouragement when learning of the support from all over the world. You and I need to take encouragement that we too have support.

In our own ‘Daily Show’, as we try to pursue our dreams and aspirations, heaven’s paparazzi are cheering us on!

Cheer up, God’s got you!